Allyson Felix runs to a medal again in the last race of her great career at the World Athletics Championships. 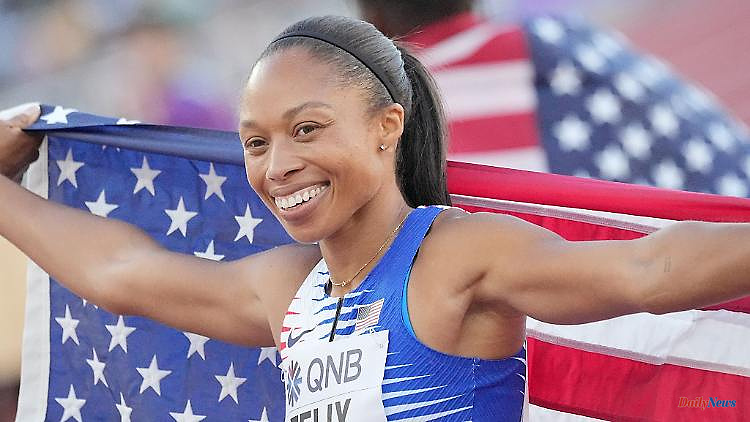 Allyson Felix runs to a medal again in the last race of her great career at the World Athletics Championships. A German European champion has to fight to get into the final - and is surprised about it.

4x400m mixed relay: World Championships record medalist Allyson Felix could not add a gold piece in the last big race of her career, only bronze. The Dominican Republic and Netherlands quartets were faster. For the American it was the 19th World Cup medal, nobody in the world has more. Felix became world champion 13 times. Jamaican sprinter Usain Bolt, number two in the medal rankings, had 14 medals at world championships, eleven of which were gold.

But her greatest legacy is probably the fight for more equality for women in competitive sports. Because she tangled with the sporting goods manufacturer Nike after the birth of her daughter, athletes worldwide no longer have to fear being financially disadvantaged by the US company or other outfitters because of a pregnancy and losing their salary and bonuses.

The Internet giant Google honored the outstanding career of the track and field athlete, who won a total of 30 medals at the Olympic Games and World Championships, on Friday evening (local time) with an animation and the words "Olympian. Mother. Advocate" (German: Olympian. Mother. Advocate ). The animation first showed Felix as a cartoon character running across the screen, and then, after a congratulations on a 20-year career, laughingly holding a child and waving. "It's so cool," said the 36-year-old.

High jump: European champion Mateusz Przybylko has reached the final - very close as twelfth and last. The 30-year-old from Leverkusen jumped 2.25 meters into the medal fight. "I've got a lot more on it, I don't know what happened at 2.28 meters either," he said. On the other hand, Tobias Potye from Munich was eliminated in the qualification. The final will be held on Monday (2.45 a.m./CEST).

1500 meters: Fast forward over 1500 meters, Katharina Trost improved her personal best time to 4:03.53 minutes, placing fifth and qualifying for the semi-finals on Sunday night (4.05 a.m./CEST) as did Hanna Klein, who also finished fifth in her heat after 4:05.13 minutes.

Walking: Christopher Linke wanted to win the first medal for Germany over 20 kilometers, but gave up early. The man from Potsdam was already left behind halfway through the medal fight. Linke finished fifth and fourth in the 2017 and 2019 world title fights. He also wants to start over 35 kilometers on July 24, the last day of the World Championships. Saskia Feige from Leipzig took 15th place among the women. Peru's Kimberly García León clinched the first World Cup title in 1:26.58 minutes and at the same time her country's first medal in World Cup history.

100 meters: The American Fred Kerley has registered his claim to World Cup gold in the 100 meter lead. In 9.79 seconds he ran the best lead time. His compatriot Trayvon Bromell also confirmed his entitlement to a medal with a time of 9.89 seconds. Olympic champion Lamont Marcell Jacobs from Italy was still lacking in pace: So far he ran only 10.04 seconds. Defending champion Christian Coleman (USA) took it even more leisurely with 10.08 seconds to advance to the semi-finals. 24-year-old Julian Wagner from LC Top Team Thüringen got no further with 10.21 seconds.

Pole vault: Jacqueline Otchere, who was born in Heidelberg, unexpectedly qualified for the World Cup final. With 4.50 meters she achieved a best performance of the season. 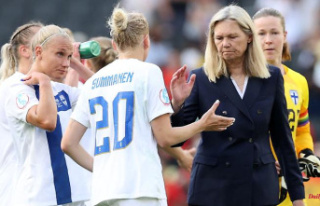