In the last round of 16 of this World Cup, Cristiano Ronaldo played no role for a long time. 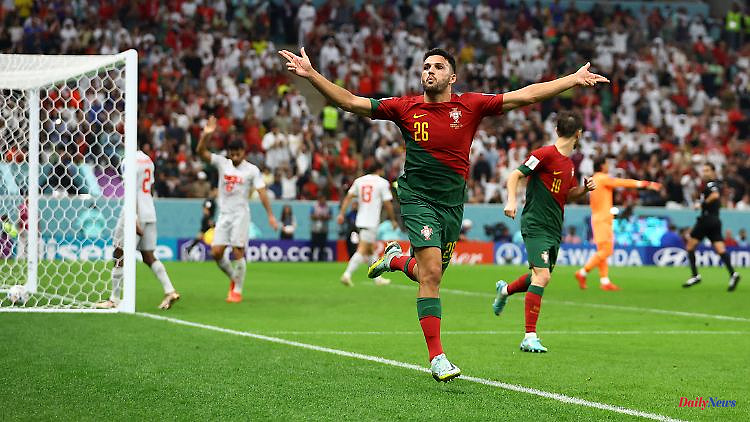 In the last round of 16 of this World Cup, Cristiano Ronaldo played no role for a long time. From the substitutes' bench, he can see how his team is playing. Switzerland is eliminated from the tournament with a bad package. Especially as Ronaldo's replacement shows the superstar how scoring works.

No Ronaldo? No problem! A certain Goncalo Ramos shot Portugal into the quarter-finals of the World Cup in Qatar instead of the captain who had been demoted to the reserve. The 21-year-old attacker from Benfica Lisbon played like a world champion and scored three goals (17th, 51st and 67th) in the all-round exciting 6:1 (2:0) against the completely overwhelmed Switzerland. Cristiano Ronaldo followed it with a smile, from the 73rd minute he was allowed to join in, but his time may have expired after his deputy's gala.

When the superstar was finally substituted on to thunderous applause, his team was already certain of the quarter-final duel with Morocco on Saturday. The Portuguese played almost unleashed without Ronaldo and as if from a single source, the meanwhile 2-0 (33 rd ) even scored the old defense warhorse Pepe, who is almost 40 years old and is now the second oldest World Cup goalscorer behind Cameroonian Roger Milla.

And Ronaldo? He cheered enthusiastically. When Dortmund's Raphael Guerreiro met Ramos (55th), exactly, he was warming up, after Manuel Akanji's goal (58th) for Switzerland he probably heard with pleasure that the audience was chanting him celebrated. It was balm for his wounded soul, as was the audience's affection during and after his substitution. Rafael Leao (90.2) sealed the heaviest Swiss defeat at a World Cup.

The game against Morocco is the first quarter-finals for Portugal since the 2006 World Cup in Germany - Ronaldo celebrated the World Cup premiere and was one of the team that lost the game for third place against the DFB selection. For the Swiss, on the other hand, the round of the last eight remains a taboo zone: They last reached the quarter-finals in their own country in 1954.

Coach Fernando Santos had initiated the first excitement of the stormy Portuguese, even before kick-off. Ronaldo, who had all too obviously complained about his early substitution in the last group game, was on the bench. For the superstar (37), who has long since aged athletically, the same Ramos played, who had only one international match in his CV before the World Cup. His fourth mission: remarkable.

Santos ushered in a turning point. Ronaldo was not in Portugal's starting XI at a major tournament for the first time since 2008. The Swiss also had to adapt: ​​one of the decisive factors was that Ronaldo "take the space," explained coach Murat Yakin.

The fact that Ronaldo was missing in the starting XI probably surprised the Swiss too. They took the initiative at first but somehow didn't have Ramos on their radar. He scored the lead with a powerful shot, after which he and his teammates really got going. Until Akanji's goal, the shocked Swiss barely got in front of the goal in a dangerous way, in contrast to Ramos, who had the 3-0 on his foot just before the break (43rd).

1 No new complications: According to doctors, Pelé's... 2 Hesse: Consumer protection and financial education... 3 Baden-Württemberg: Ulm basketball players lose against... 4 North Rhine-Westphalia: Small truck crashes into the... 5 North Rhine-Westphalia: NRW Greens: create a new definition... 6 Investors are worried about interest rates: the downturn... 7 North Rhine-Westphalia: bus comes off the road –... 8 'A case of greed and fraud': Trump company... 9 Found during a test run: Leak in the Slovakian nuclear... 10 Verdict in the corruption trial: prison sentence for... 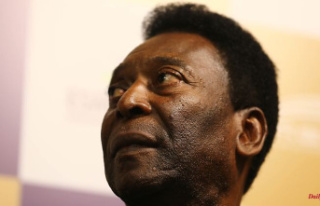 No new complications: According to doctors, Pelé's...