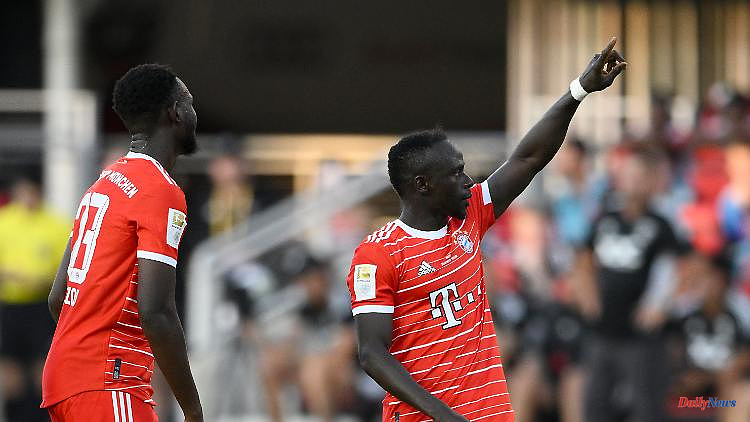 FC Bayern Munich starts its manageable series of test matches with a thumping victory. All the new signings of the German champions are on board. The new stars show what they can do, even if the opponent doesn't meet Bayern's standards.

FC Bayern, led by debut goalscorers Sadio Mané and Matthijs de Ligt, secured an unchallenged friendly win in Washington. In the first of only two games in preparation, Munich won against D.C. United with 6: 2 (3: 0). English champions Manchester City will be a tougher test than the bottom of the table in the Eastern Conference in Major League Soccer on Sunday night in Green Bay.

In front of around 20,000 spectators in Washington, Mané, who was signed by Liverpool FC, demonstrated that he would like to take on the role of penalty taker after the departure of world footballer Robert Lewandowski. With a bit of luck, the Senegalese converted to make it 1-0 early (5th). Marcel Sabitzer (12th minute) and Serge Gnabry on a pass from Mané (44th) increased before the break, before which two more goals from Mané were denied due to offside positions.

After the change of sides, coach Julian Nagelsmann let a completely different eleven run. Around 90 seconds after his substitution, de Ligt, brought in from Juventus Turin, who had only arrived the evening before after a lot of travel stress and had trained with the team for the first time in the morning, scored to make it 4-0 (47th). Later he had to leave the field (74th).

Shortly after Joshua Zirkzee's 5-0 lead (51'), the hosts cheered Skage Lehland's 5-1 lead (54') with fireworks. A week and a half before the start of the competitive game with the Supercup duel at cup winners RB Leipzig, Munich had to accept the 5: 2 through Theodore Ku-DiPietro (83rd) in muggy and warm temperatures, Thomas Müller made sure of the final score in added time. In addition to the two top stars Mané and de Ligt, Noussair Mazraoui and Ryan Gravenberch, who were signed by Ajax Amsterdam, also made their debut for Munich.

When England's record international Wayne Rooney, who was already a professional with D.C. United was active, can take up his job as the new coach is still open. The 36-year-old is still waiting for his work visa.

1 Berlin's "Berghain" is slipping: Cologne's... 2 Findings from heat waves: Federal Environment Agency:... 3 Bavaria: Where can I get water from? Winegrowers and... 4 The fear ends with the maintenance: Russia sends gas... 5 Bavaria: For emergency calls and selfies: More mobile... 6 Thuringia: Nursing homes: Corona cases more than doubled... 7 Saxony: Semperoper Dresden: London cats inspire audiences 8 The night of the war at a glance: CIA assumes 15,000... 9 "Time is short for rescue": Uniper works... 10 "I would also iron it out": Soccer women... 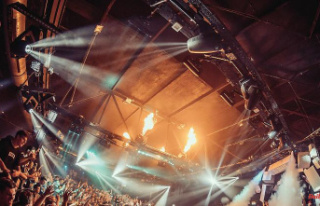