The diary of the World Cup in Qatar: Dismantled World Cup stadium is still there - is it all just propaganda?

It won't be long before the 2022 World Cup is history. 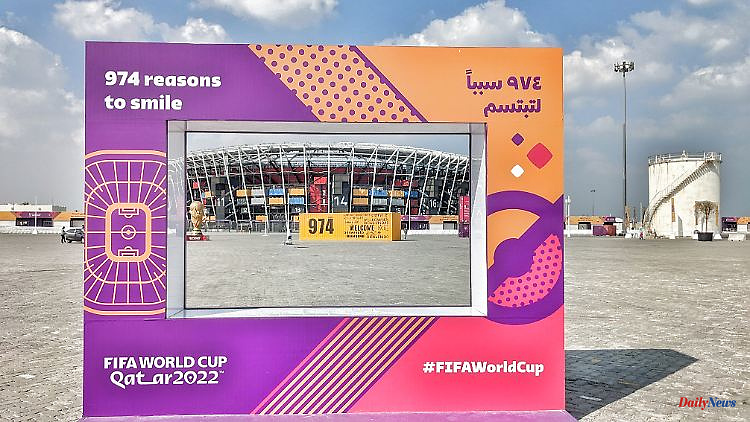 It won't be long before the 2022 World Cup is history. Doha is already adjusting to a new rhythm. On non-game days, the subway only runs every five minutes, not every three. And the stadiums are already being dismantled. Or not?

Only two thin wooden slats separate the man who works in Umm Ghuwailina in the Qatari capital Doha on a Sunday on one of the skeletons that will eventually become houses or skyscrapers or maybe even skyscrapers from the abyss. One wrong step and then he falls unsecured 15 meters down. But he doesn't fall. He has performed these movements far too often, the hand movements are strangely familiar to him. In his pullover and his jeans, it's certainly not the first time he's done it, and it's always higher than 15 meters.

From Umm Ghuwailina it is a short walk to Stadium 974, one of the eight World Cup venues. Along the C Ring Road at the old Doha International Airport, revived for this World Cup, and then south onto Ras Abu Aboud Expy, where a Sahara Swallowtail is turning along a boletus bush towards The Ritz-Carlton Sharq Village . The resort opens up to the Persian Gulf towards the north. In the evening the music booms from there all the way to the cruise ships in the old port. A few steps further, two construction workers are sitting in the shade. They look across in the direction of the stadium, which shouldn't be standing anymore.

"Qatar is already dismantling the first World Cup stadiums," is the headline on this page these days. The report below is more nuanced, but the headline is memorable. These reports do not only appear on ntv.de. The game, a stunning Round of 16 success for the now-eliminated Brazilians, was played at Stadium 974, a work of art named after Qatar's telephone code and the number of containers in the stadium that will eventually disappear. But not yet. "It's all propaganda," says a security man at the entrance to the stadium, which doesn't appear to have been dismantled at all.

There are already bundles of discarded World Cup banners on the access roads under palm trees that have been freed of withered leaves by workers, but otherwise little has changed. Even a huge World Cup trophy is still on the desolate front surface. One of the many photo opportunities for the digital diaries. A few World Cup tourists take advantage of that. They take pictures and wander around aimlessly. They also want to go to the stadium, which is still there. Is the security man right? So is this propaganda?

A request to the Supreme Committee should bring clarity. "Following the final match of the FIFA World Cup Qatar 2022, which was played at Stadium 974, initial work has begun to take the stadium out of tournament mode before it is returned to the host country," read the prompt reply, shared with a reference to a fashion show called "Qatar Fashion United by CR Runway".

It will take place on December 16th and should fill the stadium again. As the security man at the entrance to the stadium tells us. But he is not very optimistic. "Come by on December 16. There are still enough tickets left," he says, waving his arms. Enough of the questions. The stadium will not be dismantled for a long time and will probably even be there until the Olympic Games, he claims. Then the conversation is over. The Supreme Committee states that "the exact timetable for the complete dismantling" of the stadium and a possible reconstruction of the stadium in another country is "currently being determined". "In due course" more, it is still said.

The container stadium 974 is intended to serve as an example for the "Sustainability World Cup" proclaimed at least by the organizer and FIFA, since it required less building material and could therefore be built quickly and allegedly more cost-effectively. It can be completely rebuilt and then rebuilt elsewhere. All possible countries are said to have already expressed interest.

Case Stage 974 is solved, back to Umm Ghuwailina, past Doha International Airport again, from which planes take off to the nearby Emirates, past the mosques and small shops where the construction workers stock up on individual cigarettes and small snacks. There is water at the construction sites. Once in a while. The wind throws open the door of a container. A lonely toilet can be seen.

Next to a new hotel there is a hotel that is maybe ten years old. It will be built back or demolished. It's a disposable product. Right next to it, behind a construction site fence, a pair of underpants is hanging over a clothesline on another construction site.

1 "The situation is serious": VfB boss sends... 2 Bizarre maintenance problem in Seoul: dog gift from... 3 Saxony-Anhalt: Advice on body cameras and electronic... 4 "Institutions stand still": Zelenskyj: Putin's... 5 At Scholz's suggestion: G7 countries set up "Climate... 6 Expert on the Eva Kaili case: "She thought she... 7 The EU-Qatar corruption scandal: money in bags and... 8 "Not to be replaced by anyone": Matthew... 9 Liverpool star Diaz is missing longer: injury is a... 10 Drill, eating disorder, depression: ballet scene fights... 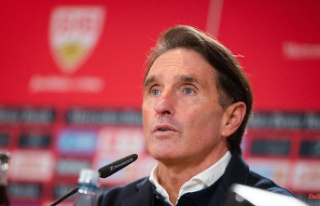