Before Wimbledon, 22-year-old Jule Niemeier is only known to insiders. 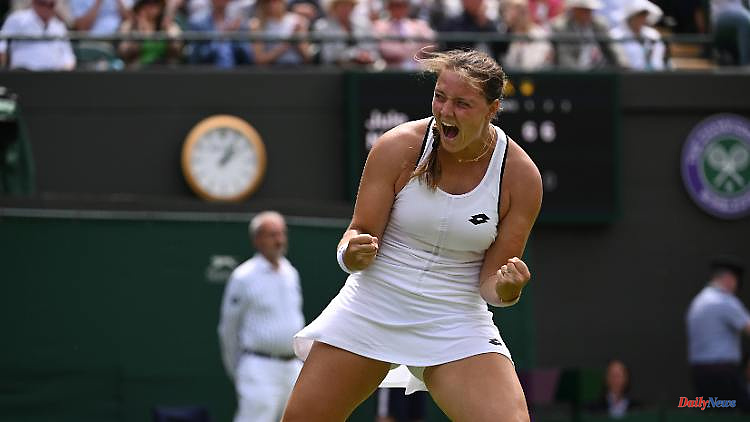 Before Wimbledon, 22-year-old Jule Niemeier is only known to insiders. Although the Dortmund native recorded her first tournament victory on the WTA tour shortly before, she then managed an extraordinary coup in the second round of the most renowned tennis tournament in the world. Suddenly Germany has a tennis hope again.

Angelique Kerber and women's national coach Barbara Rittner also got enthusiastic about Jule Niemeier's Wimbledon coup and have confidence in the German tennis hope. "She knows exactly what she can do, what she wants," said 34-year-old Kerber about her teammate, who was twelve years younger. "You have to gain experience, you have to play the tournaments, you have to lose matches that hurt. Then there are matches like that for Jule, where she gains a lot of self-confidence and hopefully can confirm that."

At her Wimbledon premiere, Dortmund's Niemeier had sensationally and confidently beat Anett Kontaveit, third in the world rankings, Anett Kontaveit from Estonia 6: 4, 6: 0 and, like Kerber and Tatjana Maria, reached the third round. "Jule played her best tennis on the big stage at the right time," said Rittner. "It will give her a lot of self-confidence for the rest of the tournament, but also for her career in general."

Now Niemeier meets the Ukrainian Lessia Zurenko and can count on good chances. "She has the game: She can serve well, has a powerful forehand, the backhand slice, she can go to the net, has a good feeling in her hand," Rittner analyzed her strengths not only on grass. "In my opinion, she can play with the best on any surface on a good day. Now it's about being able to access that more and more consistently and finding the way towards the top 50 or further up."

Niemeier is currently number 97 in the world rankings. At least the current tournament will not help her ascent yet. After the ban against Russian and Belarusian professionals because of Russia's aggressive war in Ukraine, there are no points in Wimbledon. At the beginning of June, Niemeier celebrated her first title win on the WTA tour in Makarska, Croatia.

1 Dream of Hawaii as a luxury good: only the rich can... 2 Thunderstorm front before the weekend: "The risk... 3 Authorities see danger of absconding: "lateral... 4 "Rave the Planet" on July 9th: Berlin Techno-Parade... 5 EEG levy is no longer applicable: Read the electricity... 6 Saxony: Investment in millions: Topping-out ceremony... 7 North Rhine-Westphalia: the car drives into the window... 8 Thuringia: More sick leave due to mental problems 9 Saxony-Anhalt: 9-euro ticket especially popular for... 10 Baden-Württemberg: graffiti on the house of AfD MPs... 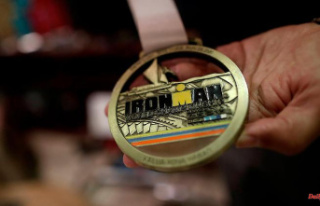 Dream of Hawaii as a luxury good: only the rich can...