At 107, she survived the coronavirus and the Spanish flu

Paqui Sánchez, his daughter-in-law, tells his incredible story to the daily La Vanguardia. 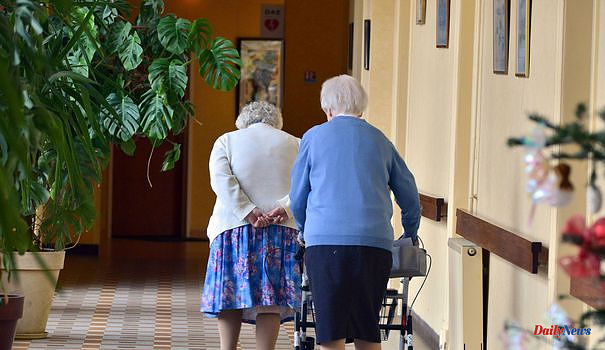 Paqui Sánchez, his daughter-in-law, tells his incredible story to the daily La Vanguardia. Ana del Valle was only 7 years old when she contracted the Spanish flu. The pandemic a century ago claimed millions of people across Europe. But not the little girl, who survived despite a very high fever and precarious living conditions.

Life flows peacefully. In 2012, Ana del Valle joined a retirement home in Cadiz, Andalusia, in southern Spain. His family comes regularly to visit him there. But on March 9, his relatives are worried. Bad news: a first case of Covid-19 is detected among the staff of the residence. Visits are now prohibited.

Then, ten days later, two workers are infected. All the elderly are then tested, says Paqui Sánchez, who goes fishing for information. He was then told, “unofficially”, that of the 22 employees of the residence, 20 had tested positive. On March 20, the ax fell: Ana del Valle, 107, contracted Covid-19.

Fortunately, thanks to an "outstanding" team of caregivers, Paqui and his whole family keep the link with Ana. “The doctors who treated my mother-in-law called me every day. They even made video calls for us and sent us photos,” the daughter-in-law narrates.

However, the disease eats away at Ana, whose state of health quickly requires hospitalization in intensive care. It takes him a long month of combat to free himself from the clutches of the virus. A few days ago, during her third PCR test, this time negative, she was declared officially cured.

READ ALSO >> Right of visit in Ephad: these conditions that families must respect

Since then, his progress has been "incredible", swears his daughter-in-law. Ana got up with a walker and walks with the help of a nurse's aide. Paqui Sanchez praises the work of the health personnel who took care of Ana, at Iron Health. “They are wonderful people …”, she confided to the daily.

1 Dinosaur eggs reveal their secrets through X-rays 2 L'Express audio offered: around the world in... 3 Animals: On the trail of the most beautiful monkey... 4 L'Express audio offered - Presidential: Valérie... 5 Operation Valkyrie: How the Stauffenberg assassination... 6 New Year: in big cities, public transport all night 7 What you need to know about the transition to winter... 8 "Boom Supersonic Overture": Flight from... 9 Southern Europe: Heat, drought, forest fires: Holidaymakers... 10 "Ecuroducts", plant bridges, nesting boxes... 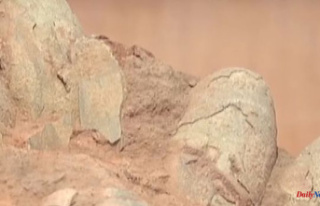