At least one bone of contention between Bushido and Arafat Abou-Chaker is off the table: In Potsdam, the once shared property of the ex-buddy in Kleinmachnow is being auctioned off. 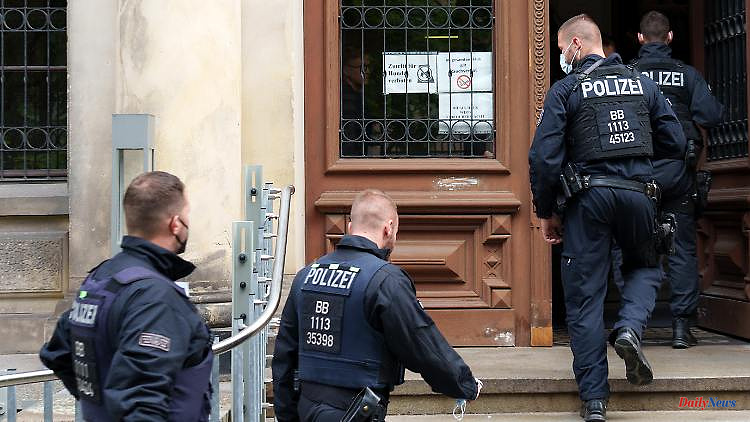 At least one bone of contention between Bushido and Arafat Abou-Chaker is off the table: In Potsdam, the once shared property of the ex-buddy in Kleinmachnow is being auctioned off. Both are present at the auction in person. But someone else gets the nod.

There are said to be people in the Berlin suburb of Kleinmachnow who are not necessarily keen on being neighbors of Bushido and Arafat Abou-Chaker. The good news for them: The rapper will no longer move to the villa area that he bought together with the clan boss in the community about ten years ago. The bad: The Abou-Chaker family will probably stay.

On Wednesday morning, the 16,674 square meter area, including two villas, a new building, various outbuildings, underground car parks, forest and underground facilities were forcibly auctioned off in front of the Potsdam district court. Bushido, who, unlike Abou-Chaker, had never lived in the property, had enforced the auction in the trial against his ex-buddy and today's intimate enemy.

Because the rapper has felt threatened since the separation from his former business partner, he is still under police protection today. Accordingly, he was accompanied to the auction by several bodyguards. But not only Bushido appeared personally at the appointment. Arafat Abou-Chaker was also present. The two sat face to face, report observers.

As the "Stern" reported the day before, the market value of the property was estimated by an expert at 14.8 million euros. However, it was said that the new owner was also buying himself a lot of trouble by acquiring the property. Buildings erected illegally, such as a huge underground wellness area, would probably have to be dismantled at great expense.

As the "Bild" newspaper reports on the course of the auction, the court initially set a minimum bid of around 7.4 million euros before the auction began at 10:29 a.m. After not a single bid had been submitted for a few minutes, a lawyer from Abou-Chakers finally handed the responsible magistrate a note.

The minimum bid was presumably on it. Because after no further offers had been received, the hammer fell at 10:57 a.m., according to the "Bild" newspaper: "Ahmed Abou-Chaker, born May 28, 2001 in Oer-Erkenschwick, was awarded 7,401,500 euros." The successful bidder is the son of Arafat Abou-Chaker. Since Bushido has owned exactly half of the area so far, around 3.7 million euros should now flow into his pockets.

The musician and his former mentor had their next court date shortly after the auction. The process, which has been going on for almost two years, in which the singer Abou-Chaker accuses, among other things, of having threatened and injured him, should be continued in front of the Berlin district court on Wednesday afternoon. On the agenda was a testimony from Bushido's rap colleague Kay One.

1 Fans worried: Tom Hanks trembles uncontrollably when... 2 Public prosecutor's office investigates: proceedings... 3 "No more strength and desire": Why "The... 4 Charles represents his mother: Queen misses Royal... 5 After only two episodes: Sat.1 cancels the Schrowange... 6 Prize money in the millions: "Squid Game"... 7 The summer wave is rolling: Does the fourth vaccination... 8 Support ends after 27 years: Microsoft is retiring... 9 Cushion the energy crisis: electricity-saving tips... 10 Heat-free for employees?: Employers have to cool down 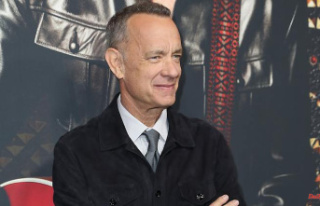