Baden-Württemberg: City Day: Parking in the southwest should be more expensive

If the Minister of Transport and the City Council of Baden-Württemberg have their way, people in the south-west should be asked to pay even more for parking. 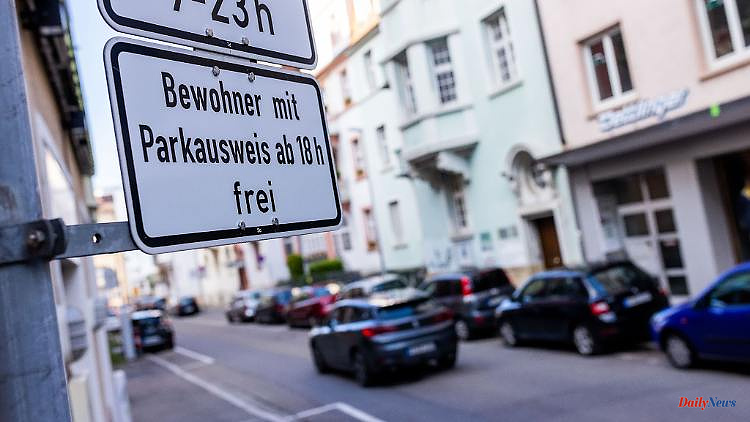 If the Minister of Transport and the City Council of Baden-Württemberg have their way, people in the south-west should be asked to pay even more for parking. But what are they hoping for?

Stuttgart/Karlsruhe (dpa/lsw) - Although some cities have already increased parking fees, the Baden-Württemberg City Council believes that they should continue to rise - including for resident parking. That gives the cities leeway, said a spokeswoman for the association in Stuttgart. According to the City Day, bans alone are of little use. They led to so-called parking search traffic. This means the traffic caused by the search for a parking space.

The City Day reacted to Minister of Transport Winfried Hermann (Greens), who had declared war on free parking spaces in the cities in the south-west. "Where free parking spaces take up most of the space, no bicycle parking facilities, footpaths or space for outdoor catering can be created," says a recently published ten-point paper, which Hermann believes should make traffic greener - and fast. Accordingly, parking is to be relocated from public spaces to multi-storey car parks and garages. Free parking must become the exception rather than the rule.

According to the spokeswoman for the City Day, city planners have been campaigning for years to reduce parking in public spaces. "Our cities have increasingly followed this realization in order to create more quality of stay." The Mayor of Karlsruhe, Frank Mentrup (SPD), for example, announced: "It's not about the goal of abolishing public parking spaces." It is about designing more public space in the inner cities of higher quality and more livable for all people.

At the end of July last year, the state had cleared the way for higher fees for resident parking by ordinance. This was made possible by a change in the law at federal level. Previously, fees for resident parking permits were capped at 30.70 euros. Several cities took advantage of the new opportunity to collect more money - for example Karlsruhe, Heidelberg, Ulm and Freiburg.

Most recently, the Administrative Court of Baden-Württemberg rejected an urgent application against the multiple increase in fees, usually to 360 euros for a resident parking permit. In their decision, the judges emphasized that the difference in the fees charged before and after the amendment to the statutes was not relevant. The decisive factor is the relationship between performance and fees.

In the paper, Hermann urges the expansion of local transport and the charging station infrastructure for e-cars. The minister also wants more cycle paths, a truck toll on state and municipal roads and traffic-calmed town centers. In the transport sector, emissions are to fall by at least 55 percent by 2030 compared to 1990. According to the ministry, greenhouse gases from transport account for around a third of all emissions.

1 North Rhine-Westphalia: Cologne with 32 players in... 2 Thuringia: Gas confused with brakes: drivers end up... 3 Purchasing power. How fashion adapts to French constraints... 4 Weather emergencies. Evacuations by the thousands... 5 Weather report. What will July weather look like for... 6 Closed M4 Newport and Cardiff cause delays 7 The Connecting Hands staff purchase child items with... 8 A Channel swimming club could be the oldest to reach... 9 Concept for Corona autumn: Minister of Justice wants... 10 Defense budget rises to 3 percent: Poland's army... 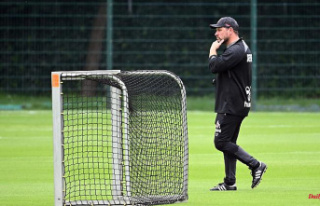 North Rhine-Westphalia: Cologne with 32 players in...