Baden-Württemberg: Too hot and too dry: possible record summer according to experts

The summer holidays are not over yet, but environmental and climate experts are already taking stock: The summer of 2022 was record-breaking in Baden-Württemberg. 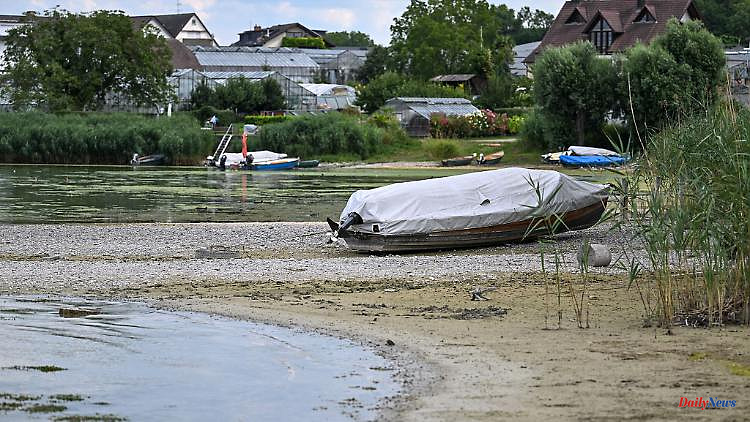 The summer holidays are not over yet, but environmental and climate experts are already taking stock: The summer of 2022 was record-breaking in Baden-Württemberg. But that's not necessarily a reason to be happy.

Karlsruhe (dpa/lsw) - Parched fields, restricted shipping and autumn leaves in the middle of August: The summer has kept what it promised this year - but many people and not least nature have also felt the downside.

The Baden-Württemberg State Institute for the Environment (LUBW) classified the summer of 2022 as hot and clearly too dry on Tuesday. It has the potential to become the hottest in the southwest so far, said LUBW President Ulrich Maurer. The Karlsruhe authorities have already counted 23 hot days on which the national average maximum temperature was 30 degrees or more. "And we're not at the end of summer yet," said Maurer. In the record year 2003 there were 27 hot days.

"In addition to the heat, there was also a low water situation with water levels that we only recorded in the past in autumn after long periods of drought," said Maurer. With an average of almost 170 millimeters of precipitation in the months of June, July and August (as of August 24), the summer is likely to be one of the ten driest in Baden-Württemberg. In the drought year 2018 the value was 164 millimeters and in 2003 it was 174 millimeters.

"To put it very clearly: It is not an exceptional situation," emphasized Maurer. Climate change is here and cannot be denied.

At 304 centimeters, the level of Lake Constance at the Constance gauge in mid-August was so low that it is usually only reached at the beginning of November. This affects the Upper Rhine, explained the LUBW President. At the Maxau gauge in Karlsruhe, the water level in the first week of August was up to 20 centimeters lower than in the past 40 years at the beginning of August.

Other rivers are also affected: According to the LUBW flood forecasting center, around 60 percent of the water level on Monday was below the lowest water level in an average year. This is called mean low tide. At the beginning of August it was even around 80 percent.

In addition, the water temperatures are rising. With a little more than 23 degrees, the state institute recorded the second highest mean water temperature ever measured for the Neckar near Besigheim (Ludwigsburg district) and the third highest for the Rhine near Karlsruhe. According to the information, the highest average water temperature of around 20.8 degrees was measured in the Danube near Ulm.

The effects of the dry period on the groundwater levels will only show up with a time lag, as Thomas Gudera from the LUBW said. "The groundwater has a long memory." The dry years from 2018 to 2020 have not yet been completely forgotten.

The hydrological winter half-year (November to April) is therefore important for replenishing the groundwater reserves. This contributes three quarters to groundwater recharge, said Gudera. Around 55 percent of the precipitation fell in the summer. And even if drier summers and wetter winters are expected in the future, the forecasts do not bode well: Even the amounts of precipitation in the winters of recent years have often been below average.

"All water-saving measures help," said LUBW President Maurer. In addition to gas, consumers should also pay attention to water. For example, many have already given up watering their garden. The state government, in turn, is preparing for this situation with a water supply master plan.

The consequences of the hot summer are not only seen by farmers in their fields with dried-up plants, and not only by captains who can load less freight. Algae multiplied in Lake Constance thanks to the massive solar radiation. It sometimes gets too warm for fish, said Harald Hetzenauer, head of the LUBW Institute for Lake Research. The lawn on Lake Constance, some of which has endangered species, is used to changing water levels and even needs them - but it shouldn't be allowed to stand dry for too long. Schilf, on the other hand, counted Hetzenauer among the winners: "It can continue to grow." 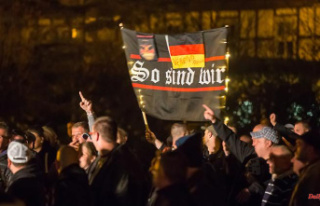