FC Barcelona is upgrading its squad for the sporting resurrection. 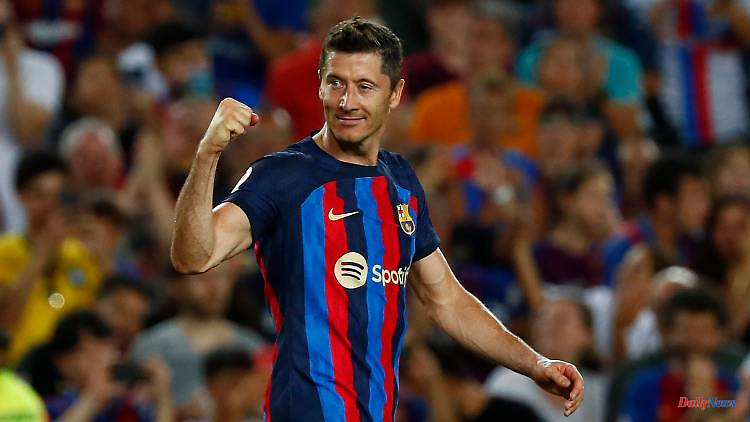 FC Barcelona is upgrading its squad for the sporting resurrection. King transfer is of course Robert Lewandowski. The Pole scores as often as usual for his new employer, while his former club despairs in front of the goal against Borussia Mönchengladbach.

Thomas Müller knew that this question would come. But he had hoped that it wouldn't pop up too quickly. Up until this Saturday evening, it didn't really look like FC Bayern would have to deal with Robert Lewandowski again in the near future, pardon me, without Robert Lewandowski. The Munich team thundered over their opponents too impressively. About Eintracht Frankfurt (6:1) or VfL Bochum (7:0). The team around Lewandowski's star successor Sadio Mané had played faster than the police allowed. That was also the case against Borussia Mönchengladbach on the 4th matchday. However, the outcome of the game seemed rather surreal, as it was 1:1. Because goalkeeper Yann Sommer saved 19 times.

Would that have happened to Robert Lewandowski too? After all, the Pole is considered one of the most ripped off goalscorers, if not the most ripped off, in the penalty area. Well, good question, which Müller, who had scored so many goals for Lewandowski, of course countered with a "No", he didn't think so. They had suffered at the gate, but they do not despair now. It was the best possible answer to take the momentum out of an inevitable discussion. In Munich, they know that the topic will still float. With every game in which the relationship between chances and conversion is not serious. With every game in which Lewandowski helps his new employer, FC Barcelona, ​​to resurrect a little bit more. And especially before the duels in the group stage of the Champions League. For example in the first leg on September 13 (9 p.m. in the ntv.de live ticker) in Munich’s Allianz Arena.

One such resurrection play occurred on Sunday night. The Catalans hosted Real Valladolid and wore the team down in an impressive 90 minutes. Barça squeezed the team from northern Spain in their own half, scored four and celebrated their first home win (4-0). Lewandowski did spectacular Lewandowski things. He contributed two goals. After a sharp cross from Raphinha, he pushed the 1:0 over the line technically very elegantly with a half-high scoop kick (23'). At 3-0, he was a little lucky that his heel-off was deflected into the center and landed in the goal.

Second double pack in a row. It couldn't be any better. Although that's not entirely true, because a big thing didn't find its way into the goal. After 13 minutes, the now 34-year-old headed the ball against the post and then slid past the play equipment, which danced over the line, very delicately. Doesn't matter. FC Barcelona is celebrating its stardom and can be very happy to have successfully ended the annoying transfer theater with FC Bayern. "It's a blessing to have a player like Lewandowski in our ranks. He's exceptional, spectacular, a natural leader," said coach Xavi. The Pole is a "role model. He works hard for the team, but he also helps the coaching team. He makes the difference." And the people of Munich? Well, they will probably always be confronted with their ex-legend. That's football.

In Catalonia they have always had their own understanding of "this is football". The tiki-taka generation around Xavi, around Andres Iniesta and Busquets, with refiner Lionel Messi, has changed the face of the game. Some people were annoyed and bored by the grueling passing game. Others saw a fascinating beauty in it. In recent years, buried deep under an absurd transfer policy and an even more absurd mountain of debt. He is far from dismantled. In order to remain competitive (national) and to become competitive again (international), the club sold off gigantic parts of its silverware. A risky bet. Will she rise? It's much too early for an answer. But at least things suddenly seem to be working fine. For example Lewandowski, Raphinha, the very playful Ousmane Dembélé or a dominant passing game.

FC Barcelona did nice things with the ball against the hopelessly overwhelmed opponent, who in the second half, when it was already 3-0, missed two top opportunities within a minute. There was a lot of Xavi in ​​the game. A lot of passing, great lateral shifts, lots of speed and fine combinations. Around before the 2-0, when Dembélé played a perfect pass to top talent Pedri, who completed it in a considered manner. And Sergi Roberto's 4-0 followed the pattern of passing, speed and efficiency. The Joker pushed the ball into the goal after keeper Jordi Masip deflected a shot from Lewandowski onto the crossbar with a crazy reflex.

How much resurrection of FC Barcelona was in this game and how much weakness of the opponent? Next week there will be a first serious answer when it comes to Sevilla FC. But the Catalans should have liked the view of what is now on Sunday evening, as well as the view of their own substitute bench. There are still a lot of players who are supposed to be sold this week. But there are also people like Ansu Fati, a super talent, like national player Ferran Torres, like new signing Franck Kessie, like the aging defense chief Gerard Piqué or Frenkie de Jong, for whom there was a mud fight for weeks, but who will probably stay now should - at significantly reduced salaries. The present is beautiful. And the future?

1 Real and Barça win: Benzema saves Real, Lewandowski... 2 "Big revelations" about Pogba ?: Brother... 3 "Relationship intentions rejected": 26-year-old... 4 "Relaxed atmosphere" gone?: Parents at the... 5 After appearance at MTV Awards: Ex-sister-in-law calls... 6 End of the "tank discount": This is how... 7 Baden-Württemberg: shots again? Police are investigating... 8 Saxony-Anhalt: Dead from the Bergwitzsee is a missing... 9 Saxony-Anhalt: Around 800 stucco fragments from the... 10 Baden-Württemberg: Around 21,400 Ukrainian students... 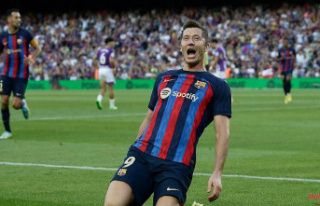