Bavaria: Ski jumping also in summer: For 65 years in the Fichtelgebirge

Winter sports in summer? Thanks to plastic mats, ski jumpers can land safely even without snow. 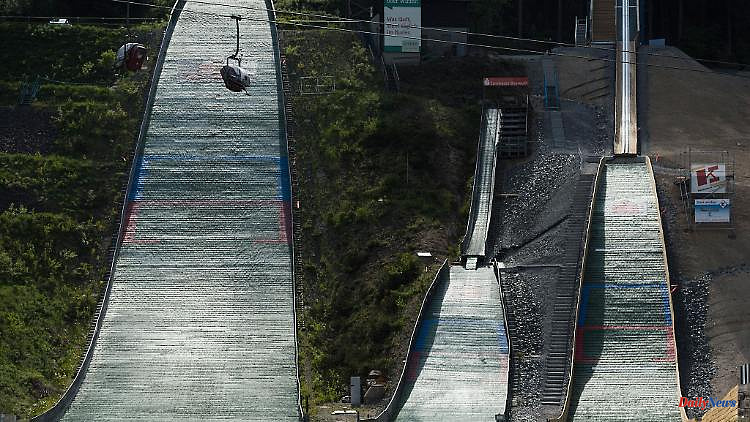 Winter sports in summer? Thanks to plastic mats, ski jumpers can land safely even without snow. A pioneer was Bischofsgrün in the Fichtelgebirge 65 years ago. The anniversary is now being celebrated - of course with a competition on mats.

Bischofsgrün (dpa / lby) - ski jumping at Pentecost? In early summer instead of in the dead of winter? That still sounds quite exotic. And that was even more so 65 years ago. In Bischofsgrün (Bayreuth district) the first ski jumping competition on mats took place in summer, as Klaus Purucker from the Bischofsgrün Ski Club said. Only in Oberhof in the former GDR had one been faster - and earlier a ski jump had been made suitable for summer.

According to Purucker, 20,000 spectators came to the Ochsenkopfschanze for the Pentecost jumping in 1957. The anniversary will of course be celebrated this Sunday in Bischofsgrün with a ski jumping competition. Ski jumpers mainly from Thuringia, Saxony and Northern Bavaria are expected.

The three ski jumps, which are now located at the foot of the Ochsenkopf, are mainly used as training facilities for the state training center for Nordic disciplines in the Fichtelgebirge.

1 Bavaria: full trains and full highways expected at... 2 Bavaria: Thousands celebrate again at the "Rock... 3 Bouches-du-Rhone. For the security of your evenings,... 4 Going out in the Pays de Savoie. Brison: The giant... 5 Drome. Chateauneuf du-Rhone's little train is... 6 Mercer. This Saturday, Ardeche has a unique show. 7 Hesse: Water police sees an increase in recreational... 8 Alpes de Haute Provence. Alexandra David-Neel's... 9 Nations League luck for Haaland: Portugal gets a late... 10 Auvergne Rhone-Alpes. After the announcement of the... 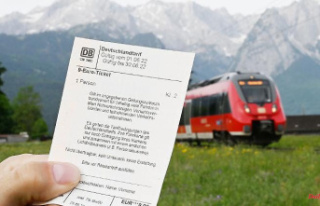