Jean-Luc Godard celebrated his greatest successes in the 1960s, when, as a figurehead of the "Nouvelle Vague", he was one of the founders of a new cinematic epoch. 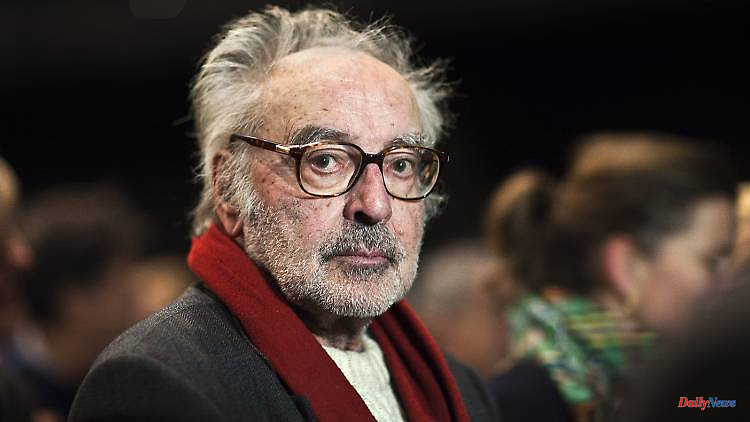 Jean-Luc Godard celebrated his greatest successes in the 1960s, when, as a figurehead of the "Nouvelle Vague", he was one of the founders of a new cinematic epoch. But his influence on the medium of film extends far beyond that. The French director has died at the age of 91.

Demanding and experimental: some called Jean-Luc Godard the god of intellectual film, others the freest thinker in cinema. And Godard himself called what he did not film, but produce.

Godard, who has now died at the age of 91, was one of the most innovative and influential filmmakers. His wife confirmed his death to the Swiss news agency SDA.

French President Emmanuel Macron also spoke up. He paid tribute to the deceased as a brilliant director and pioneer of modern cinema. Godard was a "national treasure," Macron wrote on Twitter. And further: "Jean-Luc Godard, the greatest iconoclast among the filmmakers of the Nouvelle Vague, has created an extremely modern and very free art." He also published a photo showing Godard with his typical horn-rimmed glasses and film camera.

In his works, the Franco-Swiss director pushed the limits of classic cinema and the medium of film. With him, the last flagship director of the French "Nouvelle Vague" ("New Wave") died.

Godard has directed over 60 films. Among the best known are "The Contempt" (1963), "A Married Woman" (1964) and "Out of Breath", with which he celebrated his feature film debut. When he shot the crime drama with Jean-Paul Belmondo in 1959, he was unknown to the public and completely burned out. The film, for which François Truffaut wrote the screenplay, became a masterpiece and the Paris-born son of a Swiss doctor was considered a genius overnight.

Instead of shooting in the studio as usual, Godard captured the cafés and streets with his handheld camera, in front of which Jean-Paul Belmondo moved freely. His cuts followed neither rules nor rhythm. Godard revolutionized film language in 1960 with "Out of Breath". Since then he has tirelessly experimented with form, content and viewers' viewing habits. He needs his freedom. And he gets it by creating a certain amount of confusion and playing with the usual rules, was his creed.

The filmmaker was the most provocative and innovative of the protagonists of the "Nouvelle Vague". Truffaut, Claude Chabrol, Eric Rohmer and Jacques Rivette belonged to this style, which at the end of the 1950s turned away from French cinema, which had become too conventional for them. They made the authors' individual world view, personal style and cinematic experimentation a hallmark of their cinema.

But Godard wanted to renew more than just cinema. He wanted to explore his limits, invent new forms. He fell out with Truffaut, whom he considered too conformist, and increasingly turned his back on the "Nouvelle Vague".

While his gangster stories "Out of Breath" and "The Contempt" about a screenwriter with Brigitte Bardot and Michel Piccoli still have plots in the classic sense, from the mid-1960s the plots became increasingly fragmentary. In "Weekend" from 1967, Godard began to radically dissolve the conventional narrative structure. In the film about a couple's weekend trip, there is no longer a plot, only snippets of action and streams of images and associations.

In his late work, Godard continued his quest for formal and stylistic freedom more radically than ever. This is the case in "Bildbuch" from 2018, a kaleidoscope of images and film excerpts that are accompanied by Godard's comments, sometimes also with a cacophonous soundtrack. Godard addresses topics such as war and war crimes and shows, among other things, murders by the terrorist militia Islamic State (IS).

While in the previous collages "Film socialisme" and "Adieu au langage" there were still protagonists, in "Bildbuch" the doyen did without any characters at all. In Cannes he was awarded a special palm. In 2010, Godard received the Oscar for his life's work.

Corruption, Middle East conflict, Vietnam War: Godard has always been political in his films. In "The Chinese Woman" he revealed himself as a Maoist, and "The Little Soldier" evokes the horrors of the war waged by the French army against the independence movement in Algeria. The film was initially banned in France.

With "Mary and Joseph", a story about the Immaculate Conception, he provoked the Catholic Church. The film was condemned as blasphemous by the Vatican and indexed by some countries. And in "Deutschland Neu(n) Null" he made the reunification of Germany the subject.

Godard was born in Paris on December 3, 1930 to a Protestant middle-class family living in France and Switzerland. After attending school in Nyon in the Swiss canton of Vaud, he returned to Paris after his parents divorced, where he founded the critical film magazine "Cahiers du Cinéma" together with the "Nouvelle Vague" co-founders Truffaut, Rivette and Rohmer. From the early 1980s he lived in seclusion in Switzerland in Rolle on Lake Geneva.

Godard's films are manifestations of an intellectual cinema, in which there is history and reflection on history, narrative and the questioning of narrative. And that includes the question of image and language and their relationship to one another. Godard rejected the idea that language and words are copies of reality. Few films were box office hits. But commercial cinema never interested Godard. For him, films like "Star Wars" or "Matrix" were just "too stupid and too ugly". 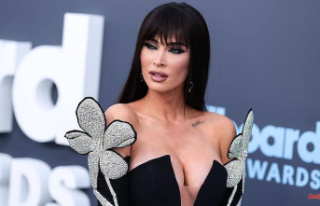