Few surprises: "Succession" and "Ted Lasso" win at the Emmys

(Almost) everything the same at this year's Emmy Awards in the USA. 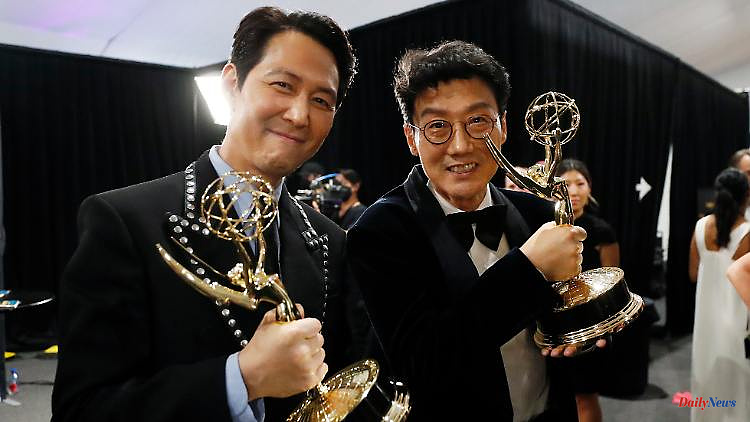 (Almost) everything the same at this year's Emmy Awards in the USA. Numerous winners among the TV and streaming series have already won prizes. In addition to "Succession" and "Ted Lasso", the mini-series "The White Lotus" was successful.

A discussion has been brewing in the US entertainment industry for months: Who should actually watch all this? With hundreds of broadcast and cable channels and half a dozen streaming providers from Netflix, Hulu, and HBO to Disney, Apple, and Amazon, many believe viewers are long lost. The 74th Emmy Awards on Monday night in Los Angeles gave the industry a chance to reset its inner compass. But at the end of the three-hour ceremony, one thing is certain: the almost 20,000 voters at the Television Academy currently do not have a clear fixed point - and they find it difficult to appreciate something new. Instead, the winners are widely spread and often well-known.

Series that have already won before won in the most important categories of the evening: The black humorous media and family satire "Succession" won as best drama as in 2020, the warm-hearted football series "Ted Lasso" received the Emmy as best comedy as in 2021. They prevailed against newer and often bolder material - for example, the gloomy South Korean social criticism "Squid Game" could have won for the first time in a non-English language drama. Also for the comedy hit "Abbott Elementary" about life in an underfunded school, there were ultimately more consolation prizes in script and supporting actor categories.

Three of the four leading actor awards also went to stars who have already racked up these awards for their roles: Jason Sudeikis in the "Ted Lasso" title role as a US football coach who takes charge of a British team, and Jean Smart as the aging comedienne in "Hacks" had already won in 2021. Zendaya, still a newcomer at the age of 26, had already won the lead role Rue in the relentless teenage drama "Euphoria" in 2020. Only the South Korean Lee Jung-Jae in "Squid Game" as best drama actor was a surprise - impossible to find out whether the simultaneously nominated "Succession" actors Brian Cox and Jeremy Strong stole each other's voices.

In the recently increasingly important category with awards for miniseries and television films, "The White Lotus" was the big winner and picked up ten awards - more than any other format this year. The holiday satire about a murder and many special requests from the super-rich at a luxury Hawaiian resort took home awards for Best Miniseries, Best Director and Best Screenplay in a Miniseries, as well as Best Supporting Actors Murray Bartlett and Jennifer Coolidge.

There were well-known winners in many other subcategories: John Oliver won for the seventh time in a row for his sketch news program "Last Week Tonight" as best entertainment talk show. And the "Black Lady Sketch Show" couldn't do anything against the permanent winner "Saturday Night Live": "SNL" won the category for the best entertainment sketch series, which was only introduced in 2015, for the sixth time in a row. According to the IMDB database, the live comedy, which has been running since 1975, now has 87 Emmys with more than 300 nominations.

The three-hour award ceremony was also slowed down by lengthy self-advertising for productions by the broadcasting US broadcaster NBC, an excessive amount of prescribed chatter by the laudators and a car advertisement announced as a sketch clip. On more than one occasion, the decision to have the stars seated around round tables rather than in rows meant that there was no camera footage of the nominees' immediate reactions to winning or losing.

The audience in the hall gladly accepted every offer of a breath of fresh air. Singer and presenter Lizzo won the award for the best competition program, beating out the favorite "Ru Paul's Drag Race". Her show "Lizzo's Watch Out for the Big Grrrls" is about 13 overweight women who are struggling to become professional dancers. "The stories they share with us aren't that special, they just don't get a platform," Lizzo said while accepting her Emmy, adding, "All I wanted as a little girl was a girl like me in the media see. Fat like me. Black like me. Beautiful like me." The Emmy Awards 2022 only very sporadically fulfilled this desire for diversity.

1 Shortly after the Queen's death: Royal biographer:... 2 Long line in front of the cathedral: thousands in... 3 Pianist with three Grammys: Jazz great Ramsey Lewis... 4 "The Lion's Den": The wheel has been... 5 Offensive in the east: Ukrainian experts see "the... 6 Minister of health in Israel: Lauterbach wants to... 7 All devices get along: Matter is supposed to revolutionize... 8 Weeping mothers, conquered tanks: the powerful images... 9 Request to remove Putin: "We are showing that... 10 After Schlesinger's dismissal: Kai Gniffke will... 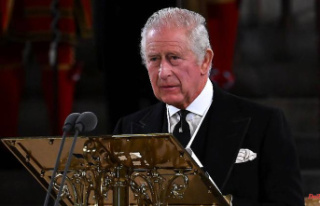