Coquerel Case: The committee against sexist or sexual violence of LFI was seized

Sophie Tissier, the figure of "Yellow Vests", announced via social media that she had seized the committee against sexiste and sexual violence (CVSS) on Sunday, July 3.

Sophie Tissier, the figure of "Yellow Vests", announced via social media that she had seized the committee against sexiste and sexual violence (CVSS) on Sunday, July 3. She was concerned about deputy Eric Coquerel's behavior, who was elected President this week of Finance Committee of National Assembly.

The ex-intermittent audiovisual, who had made a name by interrupting Cyril Hanouna's heavyweight in the PAF Cyril Hanouna on "Touche pas un mon poste", to protest the C8 salary cuts, had been entrusted by Mediapart at week's end.

She returned to the evening that took place in 2014 after a day of political conferences held in Grenoble. Eric Coquerel would be "the wandering hands all evening": He made Eric dance, and he also took Eric by the waist, she claimed. She also said that Eric had told her several times that it was "a little bit too much for the body". She also mentioned "several texts" to help her get back together. Finally, she said that the experience of being in "the sexist, masculine culture of this party, as everywhere else", had "sickened".

Mediapart was able to confirm that it was not an attack and that she didn't want to seize LFI cells because they were not serious enough.

This Sunday, turn around. She finally posted a tweet stating that she had "just seized the sexual-gender-based violence committee at the FI to endorse my testimony attesting the unacceptable behavior Eric Coquerel."

A screenshot of the email she claimed to have sent CVSS is included with her tweet. Subject: "Inappropriate, offensive behavior by Eric Coquerel 2014" She states that she wrote to the committee to support Rokhaya Diallo, who "had the courage and expressed his disapproval at the appointment Eric Coquerel as Finance Committee member of the National Assembly." Without further detail, the latter mentioned "sources within LFI" that questioned Eric Coquerel's behavior.

Interview by BFMTV: Sophie Tissier: Sophie Tissier explains: "He wanted to make me dance, took me by my waist, touched me buttocks. [...] He continued to do so even though I explained that it was bothering me. [...] He returned to the charge. He has a predatory streak and doesn't respect the "no". All evening I felt like he was playing with me.

The committee against sexual violence of La France Insoumise had on June 30 defended Eric Coquerel from "rumors about his behaviour with women", assuring that he had never been subject to a report.

On July 3, the deputy LFI took the floor in "Sunday Journal", to address "unfounded rumors" about him. Eric Coquerel writes in this text: "I have never used violence or physical coercion to obtain reports, which characterizes a gateway to criminal behaviour in the field gender-based or sexual violence.

When asked by BFMTV about Sophie Tissier and the seizure of their committee, he said that he had danced with her but denied any aggressive flirting gestures. To conclude, he said that even a cause as just like "Me Too" can be used for X reasons.

Mediapart did not find any acts of harassment or aggression during an investigation. 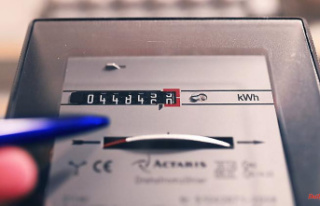 Households under pressure: IW: The risk of "energy...