Depression and self-loathing: Michelle Obama is hard on herself

Michelle Obama is currently being more open than ever before: After she last spoke about her experience with menopause, her new book "The Light in Us" is now being published. 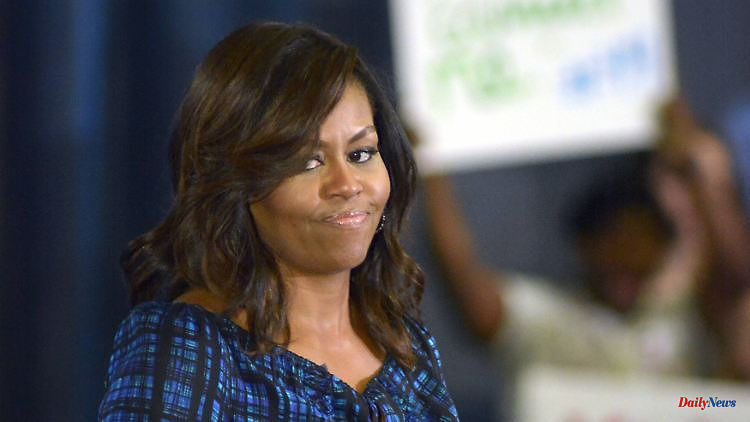 Michelle Obama is currently being more open than ever before: After she last spoke about her experience with menopause, her new book "The Light in Us" is now being published. In it, the former first lady admits, among other things, how dissatisfied she has always been with her appearance.

Michelle Obama "always hated her looks". The former First Lady of the USA admits this in her new book "The Light We Carry". She is dissatisfied with her appearance, "all the time, and no matter what happens".

Michelle Obama has always suffered above all from her height of 1.80 meters. At school she was at the bottom of the social hierarchy. "It left me with a small wound, a tiny core of self-loathing that kept me from using my strengths," she writes in her new work, according to The Guardian.

The book is the follow-up to her bestseller "Becoming" from 2018. The book, which was published worldwide today, is entitled "The Light in Us: Finding Support in Uncertain Times". The publisher describes the volume as a "toolbox for a courageous life". In it, Obama describes life alongside a companion she didn't choose: The Anxious Mind. "I've lived with my anxious mind for 58 years now," she writes. "It makes me restless. It likes to see me weak." Even today, the wife of ex-President Barack Obama has days when she doesn't want to look in the mirror. In which she immediately wants to turn off the light in the bathroom again.

Obama also says that she suffered from mild depression during the corona pandemic. "It was becoming increasingly difficult for me to access my own hope or to feel that I could actually make a difference," she writes. "I felt myself teetering on the edge of cynicism - tempted to conclude that I was helpless, that I was surrendering to the idea that there was nothing that could be done about the epic problems and massive worries of the day. "

The former First Lady of the United States is currently talking about a lot of personal things. Speaking to People magazine on Monday, she shared her experience with menopause. "I find I can't push myself like I used to. It doesn't work for me. If I tear a muscle or pull something, I'm out. The recovery time isn't the same," she said. Instead, she tries to stay fit enough while being kind to her body. Her goal is no longer to have her infamous "Michelle Obama upper arms", but "just to keep moving".

Menopause also affected her weight: "I've never weighed myself before. I don't try to stick to numbers, but when you get into menopause (the weight) creeps up so slowly that it's easy not noticed," says the mother of two. Many of the sporting goods that she wore last year no longer fit her. "I need to be more mindful - not obsessive, but more mindful." 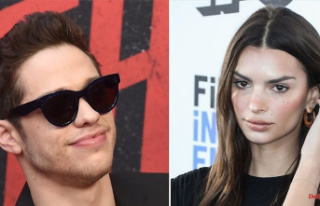 After romance with Kim Kardashian: Pete Davidson is...