Farewell is approaching in Dortmund: Kiss want to know one last time

Kiss' farewell tour has been going on for several years now. 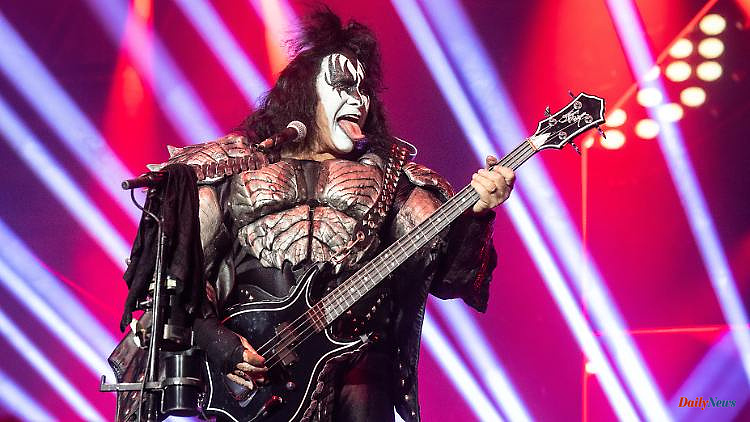 Kiss' farewell tour has been going on for several years now. But the band is slowly approaching their final stage-off, which is planned for October. "I'm going to cry like a 12-year-old girl," says singer Gene Simmons. But first Dortmund is made unsafe.

Gene Simmons has mixed feelings about the last tour with Kiss. "It makes me happy and sad in equal measure," says the bassist and singer of the legendary US hard rock band, shortly before the first concert of the European tour begins in Dortmund. "You have to know when to step off the stage. And we have too much respect for ourselves and the fans to stay on stage too long."

It's just after 9 p.m. when the loudspeaker batteries in the sold-out Westfalenhalle 1 begin to pound. "Alright Dortmund!" To the cheers of 11,500 fans, many in Kiss shirts, the famous words that rang out from the speakers before every Kiss concert resounded: "You wanted the best, you got the best," roars a fanatic with a bearish voice, "the hottest band in the world: Kiss!"

A loud bang, the curtain falls with the band logo - then Simmons, co-frontman and guitarist Paul Stanley and lead guitarist Tommy Thayer land on stage. Under a shower of fireworks, they are lowered onto platforms as they perform their smash hit "Detroit Rock City." Drummer Eric Singer drums on a lifting platform. Jets of flame shoot up. The excessive use of pyrotechnics and fire is standard at Kiss concerts.

The band is clearly having fun in Dortmund, where they performed for the first time in 1980 and are now playing for the sixth time, according to Stanley aka "Starchild". The 70-year-old has a surprisingly good voice. "We're having a great time," he enthuses. "And it's not a funeral, it's a celebration." Nevertheless, the singer is aware that after almost 50 years it will soon be over. "I'm sure it will be a lot more real as we get closer to the end."

Kiss had already said goodbye to the German fans on their "End Of The Road" tour in 2019. When the world tour had to be interrupted for a year and a half due to the pandemic, the schedule was revised and more concerts in Europe were added. In the coming weeks, Kiss will be performing in Hamburg, Frankfurt and Stuttgart.

According to Simmons, promoters, friends and fans had complained. "They said: 'You didn't play in Dortmund, you have to come here!'" says the 72-year-old, who is famous for his long tongue and spits fire and (artificial) blood during the concert. "We can't play in every city in the world, it takes too long. But maybe another year on the road and then we'll stop. We'll only do it while we're still good."

At the start of the nearly two-month European tour, the New Yorkers, who will be celebrating their 50th band anniversary next year, are in top form. In addition to the opening song, classics such as "Shout It Out Loud", "Lick It Up" or "Calling Dr. Love" are loudly sung along. To "Love Gun" Stanley glides over the audience on a tightrope. On a platform in the middle of the interior he also sings his band's big disco hit, "I Was Made For Loving You".

What will Kiss miss when the tour is over? "Of course the audience and the camaraderie between us and our fans," says Stanley. "There is nothing like it." According to Simmons, the audience will also be missing. "When you're on stage, you can almost understand why someone would want to be the pope," jokes the 72-year-old. "There is no comparable feeling."

After three encores and a total of 23 songs, the concert in Dortmund ends as usual with the anthem "Rock And Roll All Nite". Confetti rains into thousands of beer mugs while the fans sing along enthusiastically. "Kiss loves you, Dortmund" is written on the big screens.

If nothing changes in the schedule, Kiss will play their very last concert in Sacramento, California in October. Even the cool Gene Simmons, also known as "The Demon", will get close to that. "It will be very emotional on the last day," admits the rocker. "I'm going to cry like a twelve-year-old girl." 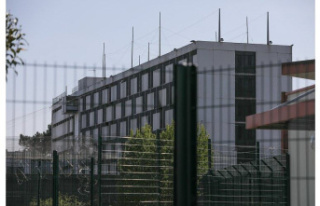 Miscellaneous. After a fire at Bordeaux-Gradignan...