The federal government has sold almost 900,000 hectares of farmland since 1992. 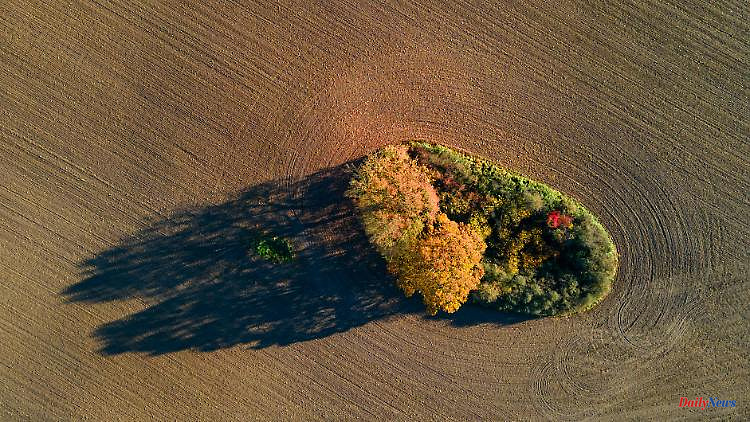 The federal government has sold almost 900,000 hectares of farmland since 1992. In many cases, the land also fell to speculators - and excluded farmers from acquisition or drove up rental prices. The remaining hectares are now to be leased primarily to organic farmers. The Ministry of Finance still has questions.

According to the Ministry of Agriculture, after three decades of privatization, the federal government wants to stop the sale of its remaining arable land in eastern Germany. Instead, the land owned by the federal government should generally only be leased, primarily to organic farmers. The responsible departments of the Federal Government had agreed on this, the Ministry of Agriculture announced. However, circles in the Ministry of Finance said that there was still no agreement at ministerial level. The SPD, Greens and FDP had already announced in their coalition agreement that they would end the previous privatization practice. The thrust is to curb speculation in arable land and the rise in land prices.

It is about areas of BVVG Bodenverwertungs- und -verwaltungs GmbH. After German unification, this had the task of privatizing forest and farmland from former GDR state property. According to the BVVG, 893,300 hectares of agricultural land and 598,000 hectares of forest have been sold since 1992. The land went to former owners expropriated in GDR times, to farmers and agrarian companies - but also to investors, some of whom speculated with the land.

Land prices in eastern Germany have risen sharply in recent years. Critics complained that the BVVG had contributed to this. Because they have the task of marketing the areas as profitably as possible for the federal government. According to its own statements, the company generated a surplus of 251 million euros in 2021.

A spokesman for the Ministry of Agriculture said: "This change of course has succeeded in securing the land for agriculture." When selling, farmers would have competed with non-agricultural investors. "The privatization freeze should also help calm the development of lease and purchase prices for agricultural land."

However, the responsible departments do not yet seem to be in complete agreement. From circles in the Ministry of Finance it was said that in view of the proposal to forego the production of biofuel E10, the agreement in the coalition agreement had to be reconsidered. It is questionable whether it makes sense to reduce agricultural land against this background.

In an initial reaction, the German Farmers' Association was critical of the plan to lease primarily to "sustainable and ecologically managed farms" in the future. "This is not compatible with the principle of equal treatment and favors individual groups," said Secretary General Bernhard Krüsken. "The areas should be available to all sustainably managed companies."

According to the Ministry of Agriculture, the BVVG still has around 91,000 hectares in its portfolio. The ministries also agreed to transfer another 17,500 hectares to the National Natural Heritage, in addition to the 8,000 hectares already dedicated to this purpose. Now the conditions for the future lease are to be clarified by the summer. "Residual sales" of up to 6,000 hectares should still be possible by 2024 in order to fulfill existing legal claims.

1 "Even more dependent than with natural gas":... 2 Haas plans updates later: Mick Schumacher receives... 3 No relaunch of coalition: Jamaica talks in North collapsed 4 Evacuation at the Ice Hockey World Championships:... 5 What does he look like?: The Take That star is hardly... 6 Hit with "Conquest of Paradise": film composer... 7 Activists face the death penalty: Lukashenko bans... 8 40 billion dollars for aid: USA decide on new Ukraine... 9 Ross, John and May: Mega concert for Queen is taking... 10 From favorite to attractive figure: the crash of golf... 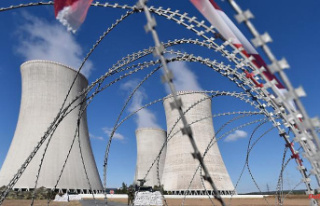 "Even more dependent than with natural gas":...