For the 1st birthday: Harry and Meghan show Lilibet

The world has not yet seen too many pictures of little Lilibet. 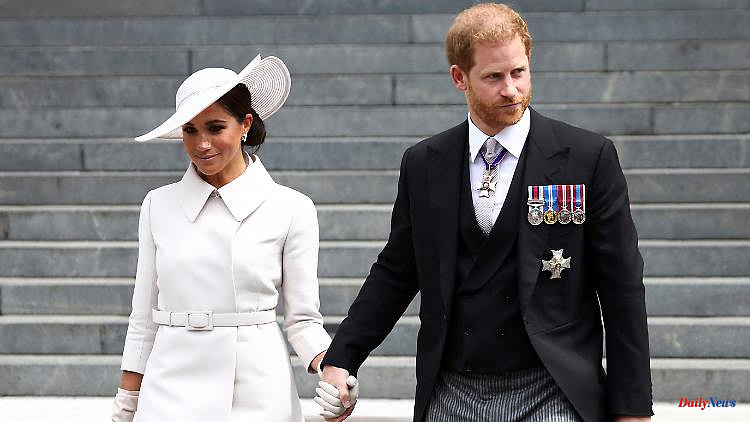 The world has not yet seen too many pictures of little Lilibet. But the first birthday of Prince Harry and Duchess Meghan's daughter is a good time for new snapshots, including a real star portrait.

The Queen's 70th anniversary celebrations are over. But Prince Harry and Duchess Meghan know how to top it all off afterwards. Two new photos have been circulating since Monday evening, showing her daughter Lilibet Mountbatten-Windsor.

The snapshots were first published on photographer Misan Harriman's Instagram page. The occasion: little Lilibet's first birthday, which was celebrated on the verge of the platinum anniversary on Saturday.

The first of the two pictures is a real star portrait. You can see the girl in a light blue dress with a cream-colored bow in her red-brown hair. Lilibet sits in a meadow and beams at something or someone to the side of the camera.

In the second photo, Mama Meghan carries the one-year-old in her arms. The two pose in a room with Harriman's wife and two daughters.

"It was a great privilege to celebrate Lilibet's 1st birthday with my family and hers! Fun and face painting everywhere," comments the Nigerian-British photo artist, who has made a name for himself not least in the context of the "Black Lives Matter" movement has made. Celebrities like Duchess Meghan have often stood in front of his lens.

The photos were taken on the occasion of Lilibet's birthday at a garden picnic with close family and friends, Harry and Meghan said, according to "People" magazine. Among other things, Queen's granddaughter Zara Tindall is said to have been among the guests with her family, reported "Sky News". The celebration took place at Frogmore Cottage in Windsor. This is where Harry and Meghan stayed during their visit to the Jubilee celebrations.

Britain's Prince Harry and then-American actress Meghan Markle tied the knot in Windsor in May 2018. A year later their son Archie Mountbatten-Windsor was born in London. In early 2020, Harry and Meghan left the British Crown as Senior Royals and emigrated to the United States. Lilibet was born in California a year ago.

For the Queen's jubilee, Harry and Meghan came to Great Britain with the entire family for the first time. Archie was also part of the party. The Queen saw him as a baby. Little Lilibet, on the other hand, met Elizabeth II in person for the very first time. Meanwhile, Harry and Meghan are back in the United States with their children. 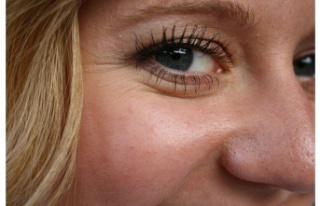 Beauty. Botulinum Toxin Injections: A hit even among...