"He shouldn't be so brave at six years of age." 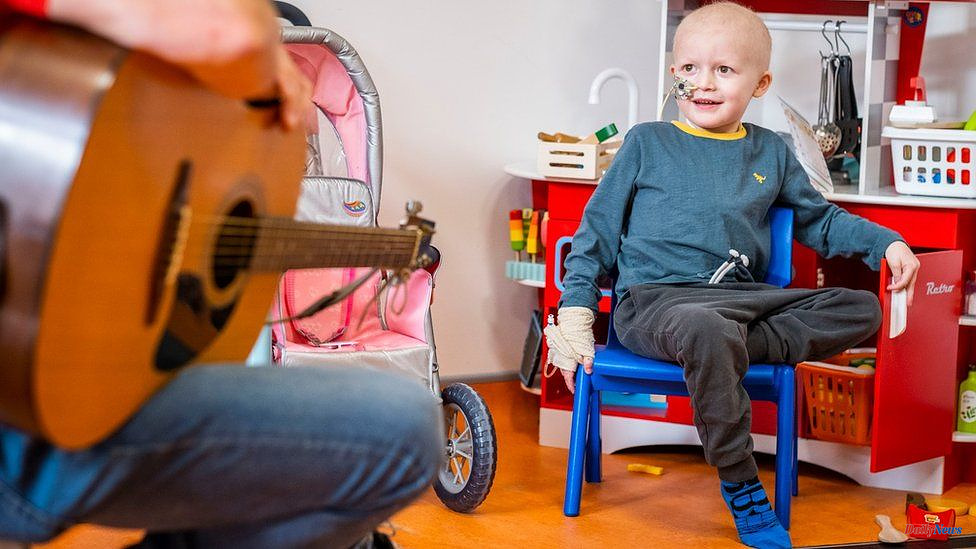 Mason McKenzie, five years old, became lethargic and his gums and lips turned white. He also started complaining about a sore stomach. His grandmother took him to the hospital.

His granny Angie McKenzie said, "Within an hour, I was given the most terrible news I've ever received in my life."

Mason was diagnosed with Acute Lymphoblastic Lympoblastic Leukemia and had to be admitted immediately to the hospital.

He received a blood transfusion which began the painful and grueling treatment at the Royal Hospital for Sick Children, Edinburgh.

This was twelve months ago. The six-year old has been cleared to go. However, he will need to continue the chemotherapy program until December 2023.

Angie, 60 years old, said to BBC Scotland that Mason initially coped well, but that he became anxious and upset over the prospect of having to go through the procedures. He finds it quite traumatizing.

"It is difficult for him to comprehend what is happening with the needles, the medicines, and it is upsetting for us for to see him go through it.

"The entire experience has turned our world upside-down."

Angie stated that Mason was quite isolated.

She said that he didn't have contact with children for eighteen months because he was living in between hospital and home. It was very lonely for him.

Mason was scheduled to start school last year, but he missed the opportunity to begin primary one. Mason joined the class following Easter, but had to be admitted to the hospital one week later due to a virus.

All of this has really lowered his self-confidence. Angie stated, "I look around the playground and see all the children running about with no care in the world and it makes me feel so sorry for him."

He keeps too much to himself, and doesn't want anyone to know about it. He doesn't understand.

"Suddenly, he had no one to play with and is on serious drugs so he doesn't have the energy to go to school.

"He shouldn’t have to be so brave at six years of age."

Mason receives treatment at the hospital every two weeks. Some treatments require Mason to be awakened and have chemotherapy injected into his spine.

Angie stated that she didn't tell her husband before he went to bed that he was going to hospital the next morning because it upsets him. He is miserable and doesn't want the hospital.

It has been a terrible experience that stops you dead in your tracks. It is the most terrible thing that has ever happened to us.

"You feel desperate to them and you can't make things any worse, you just need to hold their hand."

The most common form of childhood blood cancer is childhood acute lymphoblastic Leukaemia.

Too many immature lymphocytes (a type of white cell) are produced by the bone marrow. Leukaemia can affect white blood cells, red blood cells, and platelets.

Angie stated that Mason's treatment was made bearable by the Edinburgh Children's Hospital Charity, which pays for magicians, musicians and other artists to visit the hospital.

It is important that they do the right things. It makes all the difference," she stated.

"He loves it when dancers come to him's bedside, and he finds the music really beautiful."

Pippa Johnston is the director of Edinburgh Children's Hospital Charity and said that it provides a variety entertainment and distractions for children who are at their bedside.

She said that Mason and his family were inspirational and had shown such strength and resilience during a difficult time.

"We understand how lonely it can feel for Mason and his long-term health issues."

1 I was greeted by a field of cows that set me on a... 2 Litter warning: Ducklings mistakenly eat cigarette... 3 The guitarist who saved hundreds on a sinking cruise... 4 Exempt housing: "Living on a street is often... 5 Explosions in Mykolaiv: Russian army seizes Lysychansk 6 The number of victims has recently been very high:... 7 Savoy exit. La Plagne-Tarentaise: The International... 8 There are always buyers: the gold embargo does not... 9 Boris Johnson's government is shaken by a new... 10 Mama Maria's Wimbledon hammer: The most disgusting... 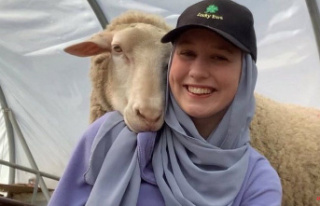 I was greeted by a field of cows that set me on a...