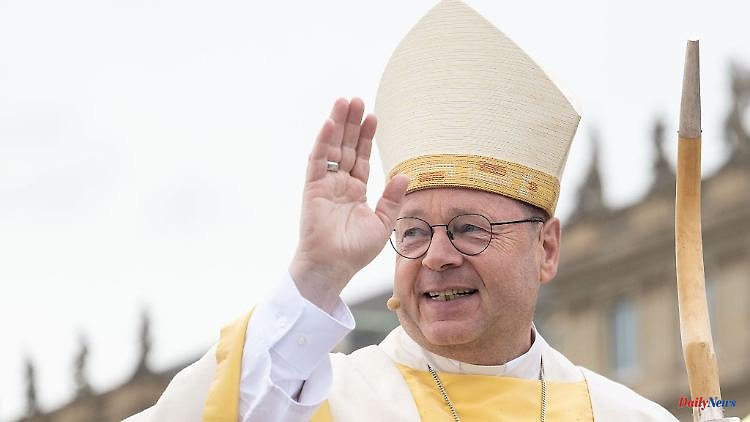 Fulda/Darmstadt/Kassel (dpa/lhe) - The war in Ukraine was the focus of the Christmas messages and sermons of the church leaders in Hesse. The Limburg bishop and chairman of the German Bishops' Conference, Georg Bätzing, called for peace initiatives in the Ukraine war. "Even if the support of the country, which was invaded in violation of international law, must continue with all the necessary goods, peace initiatives are also needed now," he said in his Christmas sermon in Limburg Cathedral on Sunday after the text of the speech had been distributed in advance.

"Because how else is it supposed to go on if hopefully soon the guns will finally be silent?" asked the Limburg bishop. The war and the brutal human rights violations sowed hatred. "And that will probably provoke violence again and again over generations." One must therefore ask oneself how the seeds of peace can be sown now. "Can diplomatic talks and confidence-building measures already bring people from both sides together for peace-building talks and projects?" According to Bätzing, the individual Christian in Germany is also in demand here, because after all, many people from the Ukraine and Russia also live here.

The bishop of the Evangelical Church of Kurhessen-Waldeck (EKKW), Beate Hofmann, said, according to the speech manuscript that had been distributed in advance, on Christmas Eve at Christmas Vespers in Kassel's Martinskirche: "The crisis maelstrom seems to be turning faster and faster" - whether it's a pandemic, war in Ukraine, energy crisis or climate change. But despite the worry and hectic pace, in the midst of all the unrest, it will be Christmas. The festival is "an interruption and a counterbalance to all the horrors of our world".

The Hessian-Nassau Church President Volker Jung recalled on Sunday morning "the community-building power of the Christmas message". "As people, we depend on each other. We are destined to be there for each other," he said on Boxing Day after a message in the service in Frankfurt's Katharinenkirche. This is indicated by the biblical story of the birth of Jesus. "The child in the manger is dependent on his parents being there for him. Mary and Joseph are dependent on each other and on others being there for them." The message therefore comes from Jesus Christ and his life: "Be there for one another! Seek peace on earth."

With regard to the Russian war of aggression in Ukraine, Bishop Kohlgraf of Mainz said that there had been a lot of discussion about war, defense and help for a beleaguered people who were threatened with annihilation. Christians too have become more sober when assessing the right of an attacked people to defend themselves. "But I also think that we got used to violence in deeds and words remarkably quickly." This also applies to everyday interactions.

The Bishop of Fulda, Michael Gerber, called for solidarity with the oppressed and persecuted in Ukraine and with other human rights violations. It is "part of the calculus of the potentates of all times to rely on the fact that the word of their critics will eventually fall silent, their outcry will die down and the peace of the grave will come," said Gerber, according to the speech manuscript, in his sermon on Christmas Day on Sunday in the Fulda Cathedral. The initially weak voice of the child of Bethlehem, on the other hand, was never silenced. 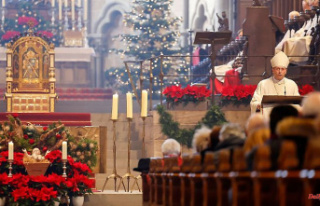