Hessen: Around 15,000 children from the Ukraine in Hessen's schools

Wiesbaden (dpa/lhe) - The number of children and young people who fled the Ukraine and were integrated into the Hessian schools is relatively constant at just over 15,500. 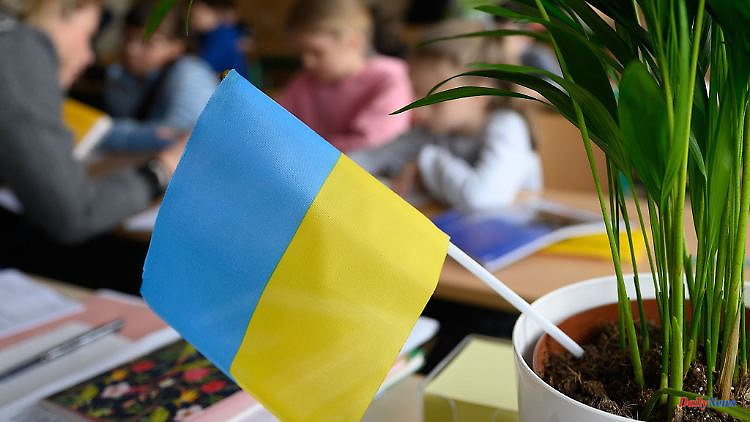 Wiesbaden (dpa/lhe) - The number of children and young people who fled the Ukraine and were integrated into the Hessian schools is relatively constant at just over 15,500. In addition, more than 700 young children from fled Ukrainian families attended the existing preliminary courses to prepare for elementary school and to improve their language skills, the Ministry of Education announced at the request of the German Press Agency in Wiesbaden. The number of teaching staff from Ukraine is now more than 250. There are still temporary appointments at schools in Hesse.

The war against Ukraine continues to have a significant impact on the school system, explained Minister of Education Alexander Lorz. "Many families from there continue to look to us for protection with their children." Despite all the challenges, the integration into the Hessian school system is going very well and in an orderly manner. "We don't have long waiting lists in Hesse either, every child from the Ukraine usually gets a place in one of our schools very quickly."

According to the Ministry of Education, a little more than 33,000 children and young people who have fled or immigrated are currently being taught intensive language training measures in Hessian schools. The largest part comes from Ukraine (15,500). Around 9,200 children and young people came from countries outside the EU with a large number of refugees, such as Afghanistan, Syria or Somalia.

According to the ministry, all immigrants are currently receiving compulsory German lessons in around 1,850 intensive classes or in smaller intensive courses. In addition to the obligatory instruction in the intensive classes and courses, the children and young people from the Ukraine also get a voluntary supplementary offer in the Ukrainian language at the respective schools.

In these lessons, different learning contents of different subjects are addressed. The digitally available official textbooks from Ukraine can be used for support. This offer is currently being implemented at 200 schools with around 2800 pupils, the Ministry of Education explained.

1 "Refugees" have rights: UNHCR finds the... 2 In response to demotion: Reyna's parents betrayed... 3 One in four is black: Almost 1,200 deaths in police... 4 Bavaria: Bulle flees on the way to the slaughterhouse... 5 Mecklenburg-Western Pomerania: horse owner forgets... 6 Bavaria: mountain riflemen and Trachtler at Benedikt 7 Germany's missed opportunity: have we lost South... 8 Superstar is still locked: Ronaldo's European... 9 "One of us": Ski legend Rosi Mittermaier... 10 Authorities and schools "blind": Hundreds... 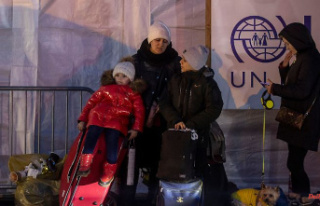 "Refugees" have rights: UNHCR finds the...