'I love you all so much': The Weeknd is back in voice 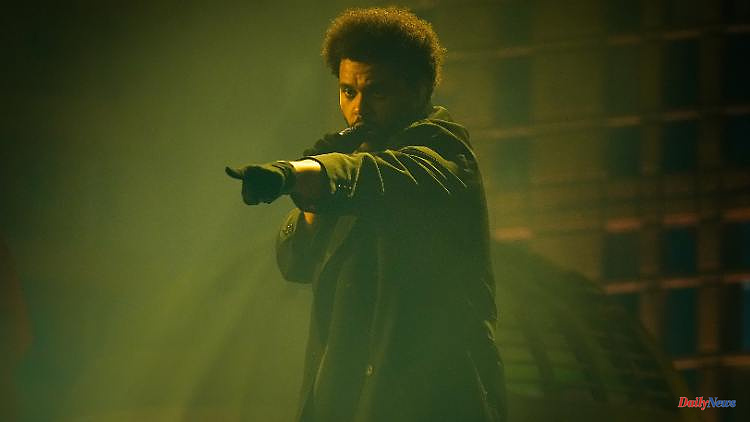 Nothing works anymore. That's what singer The Weeknd found out last weekend when his voice failed in the middle of a show. Now he's getting back to his fans with an update on his health. And that sounds positive.

There's a good chance that The Weeknd will soon be belting out hits like "Blinding Lights" again. In any case, the singer now let his fans know via Instagram that his voice was "okay" again. A doctor confirmed that.

At the weekend things looked very different. The 32-year-old had to end a concert in the middle after just three songs in front of 70,000 fans at the sold-out SoFi Stadium in Inglewood. "You know how much this kills me, I'm sorry," said the visibly shocked musician on stage with tears in his eyes.

A little later, The Weeknd clarified on Twitter the specific reason for the cancellation of the concert: His voice "failed" even during the first song. He was therefore "devastated", he complained to the fans of his suffering.

But now the singer is already giving the all-clear again. With enough rest, he will soon be completely healthy again, according to his new message. Then he could play the show "that my fans in Toronto are waiting for". The next concert on his tour schedule is scheduled for September 22nd in the Canadian metropolis, which is also his birthplace.

Meanwhile, with a view to Inglewood, The Weeknd promises that an alternative date for the canceled show will be "worked out". Already during the demolition he had explained on stage: "My deepest apologies to my fans here, I promise that I will make amends with a new appointment."

Finally, The Weeknd thanks "for all the love and understanding I've been shown. I love you all so much." In another Instagram post, he also affirms: "I'd rather be anywhere than on this stage. See you soon."

The singer, whose real name is Abel Tesfaye, began his music career in 2010. He achieved his first major chart successes in 2014. With the song "Blinding Lights", released at the end of 2019, he finally had a hit for eternity, with which he reached the worldwide audience Stormed the top of the charts. In Germany, for example, the song is one of the best-selling singles of all time.

1 "Please, darling! Pee noises!": "Summer... 2 "It breaks my heart": singer Michelle cancels... 3 "The Lion's Den": Flat nipples and... 4 Melnyk near Plasberg: "The Germans should have... 5 Problem with late desire to have children: Women are... 6 Bavaria: Car crashes into underpass: 81-year-old comes... 7 North Rhine-Westphalia: High energy costs: Aluminum... 8 Baden-Württemberg: Dekra is now also active in Costa... 9 Thuringia: Trace of oil on the A4: kilometer-long... 10 Thuringia: Ramelow in Poland on the way 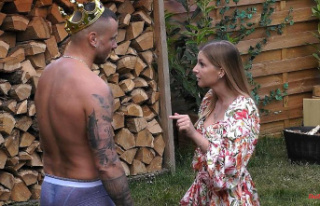