This time in the lion's den: self-adhesive nipple covers for life without a bra, a delicious gin alternative from the deaf community and cozy socks for pain-free hiking fun. 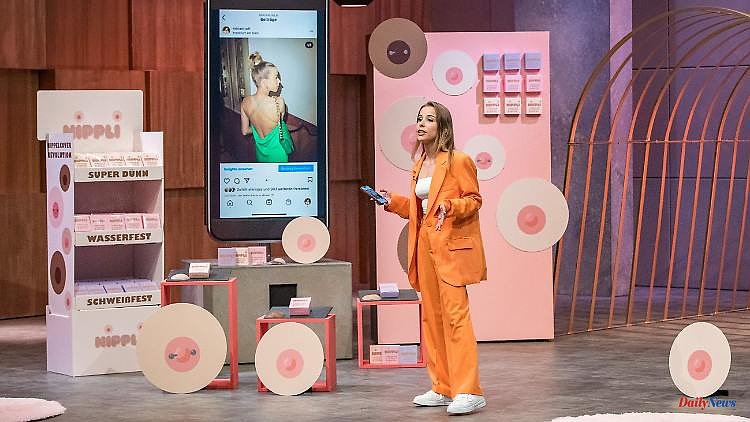 This time in the lion's den: self-adhesive nipple covers for life without a bra, a delicious gin alternative from the deaf community and cozy socks for pain-free hiking fun. In other words: something for (almost) everyone.

When looking for the next future-oriented cooperation, particularly unusual tinkering is at the top of the list of investors at "Die Höhle der Löwen" (DHdL). But not only the product has to convince the lions. The founder must also fit into the loot scheme. Dagmar Wöhrl, for example, likes to emphasize again and again that the people behind every start-up "come first". Especially when there is only one person behind a promising project, the lions prick up their ears. This time it's a 22-year-old power woman from Bad Vilbel who amazes all investors equally.

Cosmetics expert Miriam Weilmünster comes straight to the point: "I've always wanted to be a successful entrepreneur," says the lively "NIPPLI" founder. With a pitch that was worked out down to the last detail on the topic of "nipple cover", the "powerful bundle of energy with great communication" (original sound Carsten Maschmeyer) sets such a big performance exclamation mark that in the end all the lions stretch out their hands and offer their help. Without the usual "bidder battle" procedure, the investors leave the final decision to the founder. "We're all in love with you!" Judith Williams sighs. Then the nipple cover specialist points her finger in the direction of Carsten Maschmeyer. He jumps jubilantly out of his chair, as if his wife had just received one of the coveted trophies at the Oscars.

From a small problem solver to a visionary game changer idea: The "Nippli" shelves have only just come out, and the lions are already in the fast lane. With their modern designed electric vehicle, the three "Hopper" founders Georg Schieren, Torben Müller-Hansen and Philipp Herrmann finally want to switch to the next start-up gear. The vehicle, which is visually reminiscent of a mixture of bumper cars and smart brothers, immediately attracts everyone's attention. The quite impressive driving fun in the studio is abruptly interrupted when it comes to the pitch details. "We expect the market launch in twelve to eighteen months," say the founders from Augsburg. The mood shifts, because the called company valuation of almost eight million euros, as well as the hefty final price of the vehicle ("We are planning with 7300 euros") hit the lion on the stomach. In the end, it stays (for the time being) with the ambitious vision. "All in all, that's too much risk and too much capital," Nico Rosberg puts it in a nutshell.

The two kayak fans Constanze Lenau and Daniel Schult ("CLR Outdoor") are also initially showered with astonished looks. The capitals have developed a backpack that can be transformed into a water-capable kayak in three minutes. "That's strong, very strong!" Applauds Nico Rosberg. Carsten Maschmeyer is also enthusiastic: "This is an unparalleled creative achievement!" says the large businessman. But here, too, appearances are deceptive. Not a single kayak has yet been sold (final price: 1590 euros). The rating is also not without (two million euros). For the lions, these are two blemishes that put a stop to the future.

For the investors there should be two more reasons to be happy in a row two of the twelfth DHdL season. Nils Glagau is looking forward to a future collaboration with the first deaf founding team in the history of the show. The "Gin Gillard" chefs Damian Breu and Dominik Nimar as well as interpreter Fabio del Tufo not only convince the Orthomol owner with a touching appearance, but also with their "citrus-containing gin-based spirit".

The two nature lovers Nadim Ledschbor and Tobias Ross from Hennef are still missing. "Our invention will knock your socks off," promises landscaper Tobias. And indeed, the lions are very impressed with the socks they brought with them, which ensure that no dirt or foreign objects get into their shoes. In the end, Regale king Ralf Dümmel and Nils Glagau squabble about the services of the "socklaender" founders. After a short round of advice, Ralf Dümmel has the edge. "You are a cool duo!" cheers the lion. Once again it is underlined: The founder or founders behind the product are the actual main prizes.

1 Melnyk near Plasberg: "The Germans should have... 2 Problem with late desire to have children: Women are... 3 Bavaria: Car crashes into underpass: 81-year-old comes... 4 North Rhine-Westphalia: High energy costs: Aluminum... 5 Baden-Württemberg: Dekra is now also active in Costa... 6 Thuringia: Trace of oil on the A4: kilometer-long... 7 Thuringia: Ramelow in Poland on the way 8 North Rhine-Westphalia: The mood in the NRW economy... 9 Bavaria: Bavaria is almost as popular with tourists... 10 Bavaria: DFB Cup match FC Augsburg against FC Bayern... 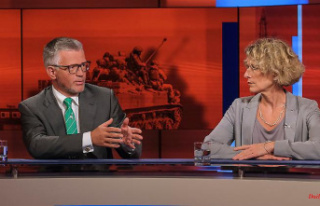 Melnyk near Plasberg: "The Germans should have...