"In the forests of the beavers": About the healing power of the Uckermark

In a life crisis, a young woman is drawn to her grandparents' village. 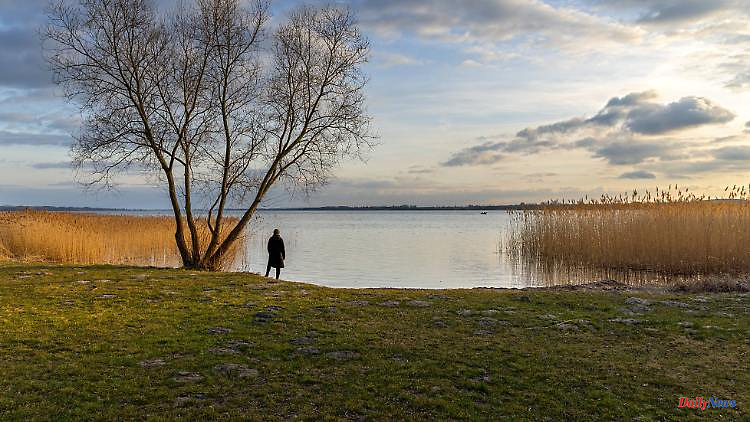 In a life crisis, a young woman is drawn to her grandparents' village. She only has a few clothes in her luggage, but her big life questions. The search for answers begins in the Uckermark, where the village is located.

Alina has a well-ordered life in Frankfurt, with a well-paid but unsatisfying job, her presumed future husband and two budgies. But then there is a huge row with Fabian and life in Frankfurt is over. On a whim she gets on the train. For some reason, the destination is the village where she spent her childhood holidays and where her grandfather Siegfried hopefully still lives: Spechthausen in the Uckermark.

"The silence comes from another time. Annoyed, I shake my head at my confused thoughts, let my eyes wander and try to get my bearings. I've been here so often. When was the last time? At eleven? Or twelve? Definitely is It's almost twenty years ago, of course I hardly recognize anything." From: "In the Woods of the Beavers"

Even in the sandy expanses of Brandenburg, time has moved on. The grandmother is dead, the grandfather lives in another house and is much older. Calmly, he takes in the granddaughter, who had not contacted him for many years. It soon becomes clear that things are a bit complicated. Alina's father died when she was a child. The mother remarried. But the parents of the dead father were a constant painful reminder of what was lost and somehow also got in the way of the new family, so contact was lost. What remains are hazy memories of long summer days, swimming and reading and a strange lack of understanding of how all of this could be lost so easily.

Shaken by her life crisis, Alina hides where hip Berliners have grazed every spot for a rustic weekend cottage. At first she sleeps a lot, in the waking minutes she looks in amazement at life, which until recently seemed so natural to her and now seems more absurd every day. Neither the job nor the man makes any sense in retrospect.

"For a while I waited to miss Fabian's closeness, the touch of his hand under the covers, his kiss before falling asleep, but none of that happened and only this realization that I just don't miss him awakened a sadness in me that much older than our relationship." From: "In the Woods of the Beavers"

As she slowly resurfaces, she finds that Siegfried's former house is home to siblings Isabel and Elias, along with Isabel's daughter. Alina had completely forgotten her old holiday friends, like so many other things that have to do with Spechthausen. Now they are the connection to a part of her life that is only slowly becoming accessible again. The more her energy returns, the clearer it becomes that her grandfather won't be able to cope on his own much longer, that the family ties to her father's parents are no accident and that Alina has no real idea how to continue now.

As easily as she can let go of Fabian and her relationship with him, it becomes clear to her that she should have spoken plain language long ago when asked about her desire to have children. She doesn't have any, she doesn't want children. She thinks her godchild, the daughter of her best friend, is great, as does Isabel's daughter Mia. But own children, no thanks. She doesn't know if that will ever change.

It's the same with her job. Alina studied ecology, but most recently worked in an event agency, organizing employee events, company receptions and team building events. The days were long, she was always on her cell phone. Not exactly what she had imagined when she was in biology major. It all feels very far away in grandfather's lush garden or on his beaver hikes.

Alina takes care of some repair work on Siegfried's house, meets Isabel and, increasingly, Elias. She asks her grandfather, her mother and herself about the losses in her life and slowly the idea grows that her future could lie in Spechthausen.

"In the woods of the beavers" by Franziska Fischer is a real summer book. It is reminiscent of the hot summers of childhood and the wonderful carefree long days in which career or family plans played almost no role. Fischer, born in Berlin, now lives in Eberswalde after several years abroad. When Isabel works in a clothing store there and Elias plans a food truck, you can feel the closeness of the author to the landscape of the book, just as when the retired forest botanist Siegfried gets enthusiastic about the way of life of the beaver.

Charlotte Puder reads the book's reflective tone with relaxed friendliness. Sometimes something rough and scratchy creeps into her voice, which is good for the text, which sometimes threatens to become kitschy because of the sheer idyll and lively description. While listening to the good nine hours, the different levels of the book also come together a little more graciously. The question of the freedom to have children and the consequences for relationships, the family history, the crises of meaning of people in their 30s, all inspired by "natural writing", when reading it is almost too much. When listening, you simply follow Alina, let her talk, think and be.

At the end it is Christmas, Alina, Siegfried, Isabel, Mia and Elias live together. Anyway, first of all. 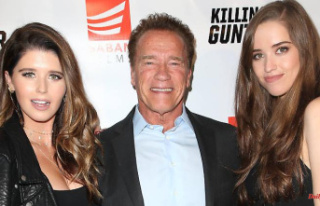