Since Alexander Scheer appeared on the screen in Leander Haussmann's "Sonnenallee" in 1999, the actor has become an integral part of the German film landscape. 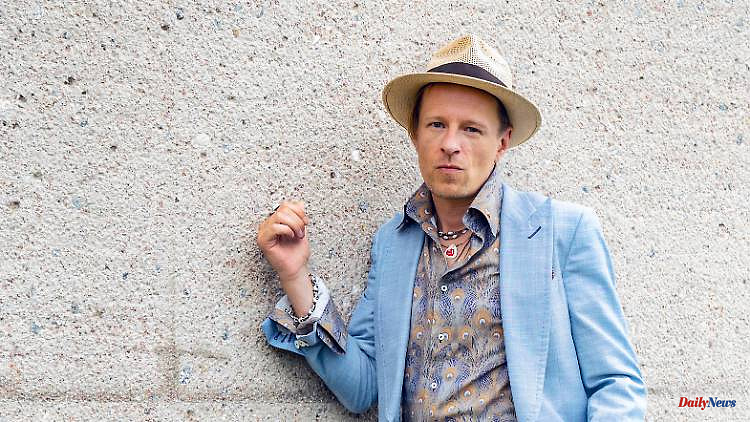 Since Alexander Scheer appeared on the screen in Leander Haussmann's "Sonnenallee" in 1999, the actor has become an integral part of the German film landscape. Most recently, he caused enthusiasm among fans and critics with appearances in films such as "Gundermann" - as Gundermann - and "Rabiye Kurnaz against George W. Bush" - as lawyer Bernhard Docke.

Now the 46-year-old can be seen as the partly fictitious "Kaufhaus Jonass" founder Arthur Grünberg in the new RTL series "The House of Dreams". Scheer talks to ntv.de about, among other things, his love of good suits, his rejection of elite clubs and what connects the 1920s in his hometown of Berlin with the 1990s there.

ntv.de: Alexander, as a native of East Berlin, what connection did you have to Torstraße 1 before this shoot? Did you already know part of the story of this house told in the series?

Alexander Scheer: Partially, yes. I knew it was built as a department store in the late 1920s. I also knew that after 1933 the Jewish founders were expropriated and the headquarters of the Reichsjugend, i.e. HJ and BDM, were quartered there. After the end of the war it was the party headquarters of the SED and until 1995 the Marxist-Leninist Institute. Then it was empty for a long time. I know that because I attended some legendary techno parties there in the late 1990s.

And do you remember them?

Well, I know there was a trestle table, that was the bar - with some cases of beer and harder stuff. And there were two turntables. Otherwise I only know that at some point we were standing on the roof and I was holding a guitar in my hand. My fingers were bleeding from playing so wildly and the police were driving in circles downstairs with blue lights flashing. We had to disappear over the rooftops. I took a phone that was in one of the offices. A gray Stasi phone with lots of colorful buttons next to the dial. It's still on my piano today.

How is your relationship with Soho House today? Are you a member?

This is an international private club. I agree with Groucho Marx: I don't want to be a member of a club that accepts people like me as members. (laughs) I think it's quite nice there, but also relatively elitist. The only East Berliners in Soho are the guys who work in the kitchen. That's quite a suit and tie event with a private rooftop pool. From the first credit department store in Europe, i.e. from the noble idea of ​​giving those with low incomes in the Scheunenviertel the opportunity to treat themselves to something, to the private club for George Clooney and Madonna - that's a nice reflection of the last 100 years. It is a house that reflects the history of Berlin - or our country - through the ages like no other.

So then, we can't wait to see what happens next with the house?

Well, in this segment the money is not getting any less. Incidentally, the Berlinale parties by Studio Babelsberg always take place in Soho House. If the whole film industry gathers there on the balcony on the first floor to smoke and I'm going to be the founder of this house, I'll be in a good position. (laughs)

As an East Berliner, was it a special incentive for you to play this role, or what drew you to it - apart from the beautiful suits?

In fact, I like wearing suits, hats, shirts, good shoes. I'm probably the only actor who walks through Prenzlauer Berg with his grandfather's pocket watch in his waistcoat. I was already wondering why Tom Tykwer didn't even think of casting me for "Babylon Berlin". It's great that I now have my own series set in 1920s Berlin. The decisive factor, however, was meeting director Sherry Hormann. We met on Mulackstrasse in the Scheunenviertel and she told me about her vision. I jumped at that immediately.

What was that vision exactly?

She wanted to immerse herself in time and unfold a large family panorama. And she did that wonderfully. The series not only tells about Jewish life in Berlin and the looming Nazi threat, but above all about people. She tells stories of young people who come to Berlin - with dreams and hopes. It's no different today.

Do you think that the time was particularly exciting to come to the capital?

Berlin was the city of the moment. The third largest metropolis in the world, the cultural center. what was going on In theatre: Reinhardt, Piscator, Brecht... In film: Murnau, Lang, Caligari... In art: Grosz, Dix, Dada... The 6-day race, Döblin's Alexanderplatz, Erich Kästner, Anita Berber, Rosa Luxemburg, the gay community , Albert Einstein … that is unique!

Sounds like it was your time if you were alive then...

Working on this series was definitely a gift. Of course also because of the suits, some of which are mine now. But what really convinced me was Sherry, who said: "I want to tell stories about faces, about eyes, about dreams, about lofty goals, about euphoria, about depression, about a love between classes. And I want to do it in a way that does justice to the times." What our cameraman Christian Pirjol conjured up... We got old spotlights from the Berliner Ensemble that produce this warm silent film light. The reflections, the blurring… all of that interested me.

And the character of Arthur Grünberg...?

He was born in the Scheunenviertel, disappointed by the First World War as a highly decorated fighter pilot and a scarred veteran, has had enough of fighting and destruction and has a dream: a department store not only for the well-heeled, but also for the poorer people in the Scheunenviertel. He wants equal opportunities and adopts the American idea of ​​hire purchase. "Everyone has the right to rise above their origins," he once said. However, the banks find this dubious, and so he has to come up with something. He's a dreamer and that's close to me. Two hearts also beat in my chest: rock 'n' roll and business.

When you look back, what do you think was the best time in Berlin? Or do you think that this feeling has less to do with the place or with East and West than with your own youth?

I was 14 twice: once in the east and once in the west, and now I can manage it quite well... The 90s weren't that bad. I grew up here and Berlin was the wildest, freest city in the world at the time. Here, freedom was celebrated and celebrated like there was no tomorrow. These are definitely parallels to the 20s 100 years ago.

When you look at the city today, what is it that bothers you the most?

"The House of Dreams" will be available on RTL from September 18th.

1 "There are no dream women": Amelie Fried... 2 Before the funeral: King Charles III. welcomes guests... 3 "Half is done": Sara Nuru is pregnant 4 Entertainer with chart record: Robbie Williams overthrows... 5 The "crime scene" in a quick check: A whole... 6 Only for "working royals": Harry and Meghan... 7 "The House of Dreams" on RTL: Emotional... 8 Square-faced man: Henry Silva is dead 9 'Life-Saving Abortion': Teigen corrects... 10 Off after 35 years: Broadway stops "Phantom of... 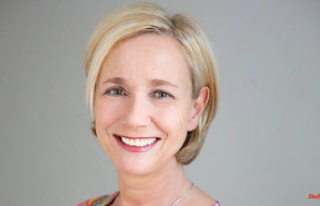 "There are no dream women": Amelie Fried...