The Danuri orbiter - a contraction of "Dal", which means Moon, and "Nuri" which means enjoy - took off at 0008 GMT on Friday aboard a SpaceX Falcon 9 rocket, South Korea's science ministry said. 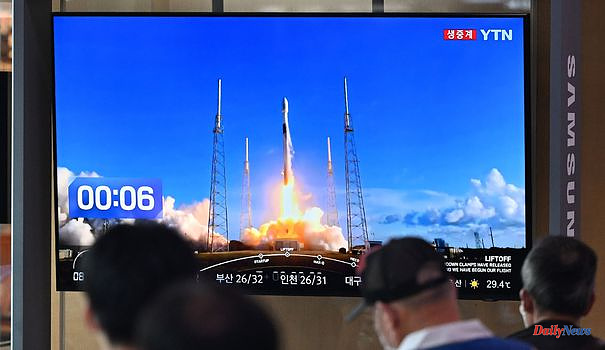 The Danuri orbiter - a contraction of "Dal", which means Moon, and "Nuri" which means enjoy - took off at 0008 GMT on Friday aboard a SpaceX Falcon 9 rocket, South Korea's science ministry said. . The spacecraft is due to reach orbit of the Moon in December.

SpaceX, the group of billionaire Elon Musk, has confirmed the successful launch of Danuri, whose official name is KPLO (Korea Pathfinder Lunar Orbiter).

"Danuri is just the beginning. If we are even more determined and committed to developing technologies for space travel, we will be able to reach Mars, asteroids, etc. in the near future," asserted Lee Sang-ryool, the president of the Korea Aerospace Research Institute (KARI), in a video released before the launch.

He hailed "a very important milestone in the history of Korean space exploration."

During his mission, Danuri will use six different instruments, including an ultra-sensitive camera provided by the American Space Agency (Nasa) which will be used in particular to study the surface of the ground in order to identify landing sites for future missions.

Danuri must also test, in a world first according to the South Korean government, a new networked space communications system resistant to disturbances.

The probe will also attempt to set up a wireless Internet environment intended to connect satellites or exploration vehicles. This wireless connection in space will be tested by streaming the song "Dynamite" by cult K-pop group BTS.

Another instrument, ShadowCam, will record images of regions of the Moon that are permanently in shadow. Scientists hope to find hidden sources of water and ice in these dark, cold regions near the poles.

"If this mission succeeds, South Korea will become the seventh country in the world to have launched an unmanned probe to the Moon," a KARI official told AFP.

"This is a pivotal moment for South Korea's space development program, and we hope to continue contributing to the global understanding of the Moon with what Danuri will discover," he added.

According to South Korean scientists, Danuri - which took seven years to build - will pave the way for more ambitious goals. South Korea plans to land a spacecraft on lunar soil by 2030.

South Korea is the 12th largest economy in the world and one of the most technologically advanced countries, but it has so far lagged behind in the conquest of space. While elsewhere in Asia, China, Japan and India have developed advanced space programs.

If Danuri was launched by SpaceX, a private company, South Korea had successfully lifted off in June its first nationally designed rocket, Nuri, which had put several satellites into orbit, after a failure in October. It thus became the seventh country in the world to have successfully launched a one-tonne payload on its own rockets.

North Korea is claiming its place in this club of countries with their own satellite-launching capacity. She claimed to have put a 300-kilogram satellite into orbit in 2012 using a rocket, in which Seoul and Washington instead saw a disguised ballistic missile. 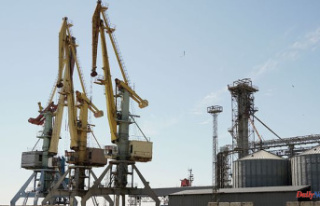