The harvest has begun in the largest winery north of Berlin. 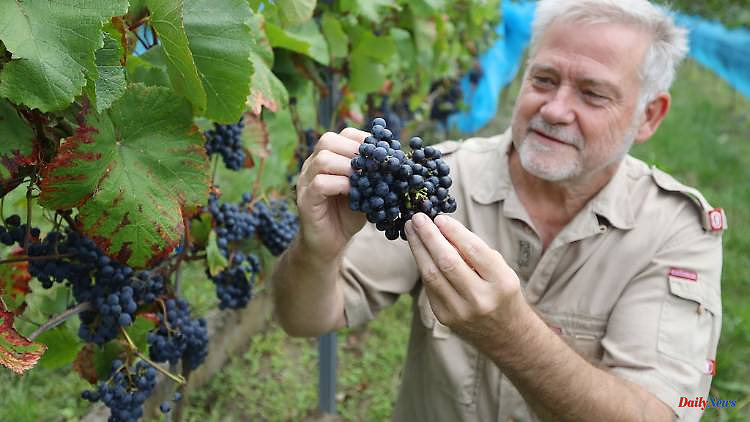 The harvest has begun in the largest winery north of Berlin. For the first time, grapes are harvested on twelve hectares - more than twice as much as before. And the sunny summer ensures high quality, says an expert.

Rattey (dpa / mv) - This year's vintage has begun in the largest winery in northern Germany, at Schloss Rattey (Mecklenburg Lake District). As winery manager Stefan Schmidt said on Wednesday, 30 people pick the white Solaris grape as the first variety. "The grapes have developed fantastically." In addition, a record harvest is expected in 2022, because this time grapes will be harvested on 12 hectares, previously it was 5 hectares. In the Rattey winery, 16 different grape varieties now grow on 30 hectares.

"You will hardly find a winemaker who is complaining this year," said Schmidt about the meteorological conditions. The warm and dry weather is not a problem, as the plants have always found water in the clay layers in the soil around Rattey: "Unlike in other wine-growing regions, we don't have to irrigate." The sun also ensured very good quality. Some grapes already have a sugar content of more than 90 Oechsle.

Schmidt expects the main harvest to last until October 10th. This year, a total of 50,000 liters of wine could be collected. Due to the larger area and the good growth, that would be twice as much wine as in the previous record years.

In addition to Solaris, the white varieties Phönix, Souvignier-Gris and Johanniter as well as red grape varieties such as Regent, Rondo and Cabernet Cortis also grow. Around 20 million euros are currently being invested in a new winery, another hotel and a brewery on the grounds of the castle. The winery and castle are operated by Inselmühle Usedom GmbH. 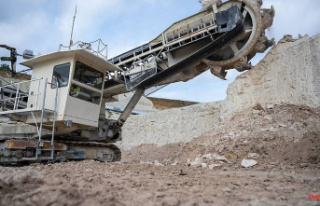