The Cannes Film Festival is marked by the war in Ukraine. 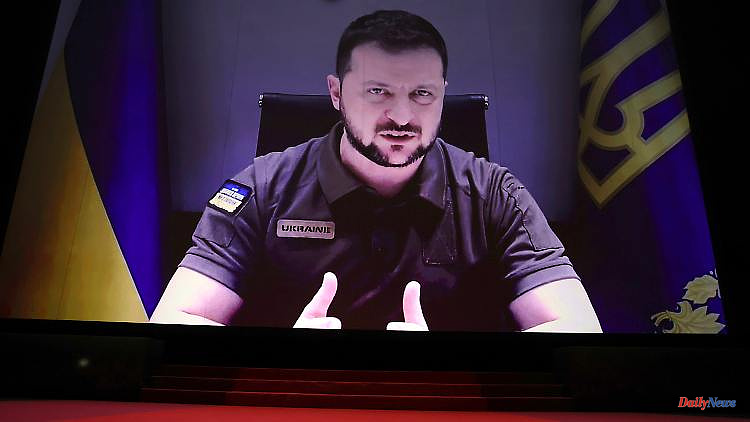 The Cannes Film Festival is marked by the war in Ukraine. Its President Selenskyj surprises the guests at the opening ceremony with a speech. In it he calls on the film industry not to remain silent in the face of the Russian attack.

Ukrainian President Volodymyr Zelenskyy delivered a surprise speech at the opening ceremony of the Cannes Film Festival on Tuesday. In his speech, which was broadcast into the hall via video, he called on the film industry to get politically involved against hatred and authoritarian rulers. Zelenskyj alluded to Charlie Chaplin's classic film "The Great Dictator" and said: "In the end hatred will disappear and the dictators will die". Chaplin's work, which premiered in 1940, is still considered a particularly effective satire against Adolf Hitler.

"We need a new Chaplin to prove that the film world is not silent," Zelenskyy said. Referring to Russia's war of aggression against Ukraine, he asked: "Will the film world remain silent or will it speak out?" The audience acknowledged his speech with a standing ovation.

The festival, which was canceled in 2020 due to the pandemic and was moved to the summer last year, is not only characterized by the Ukraine war because of Selenskyj's speech. "We strive to be upstanding and respectful, even as a tribute to those who are going through far worse times than we are," said Jury President Vincent Lindon.

In Cannes, both the Ukrainian director Sergei Losniza and the Russian Kirill Serebrennikow will be presenting their new films. Serebrennikov, who now lives in Berlin, has been prevented from traveling to the festival by the Russian authorities in recent years. The last film by filmmaker Mantas Kvedaravicius will also be shown. The Lithuanian was shot dead in the Ukrainian city of Mariupol in April. He was in the embattled port city to document alleged Russian war crimes. 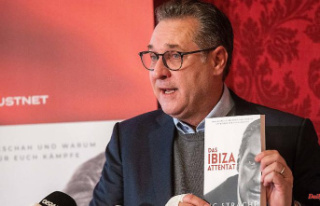