North Rhine-Westphalia: Historical spectacle around the Beethoven monument in Bonn

Bonn (dpa / lnw) - With actors in historical costumes, the Bonn Beethoven monument was once again ceremonially unveiled 177 years after its inauguration. 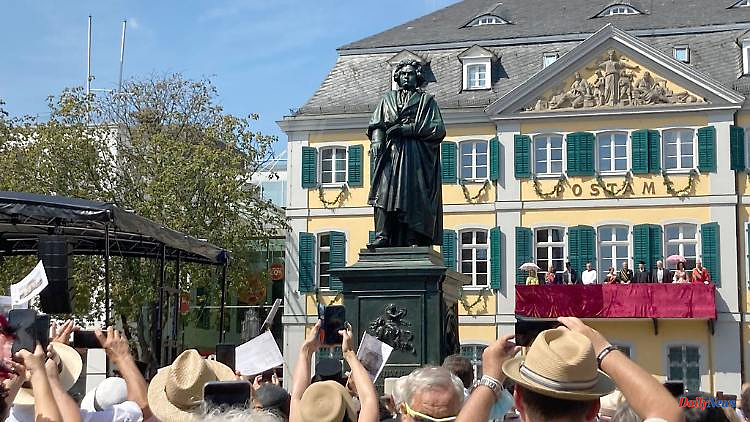 Bonn (dpa / lnw) - With actors in historical costumes, the Bonn Beethoven monument was once again ceremonially unveiled 177 years after its inauguration. An estimated 1,000 onlookers watched the historical spectacle on Sunday afternoon, with the old main post office forming the backdrop. The Prussian flag waved over the building, which was built as a city palace, the balcony was framed with red velvet and flower garlands adorned the facade. The role of British Queen Victoria, who was present at the inauguration in 1845, was taken over by Bonn's Mayor Katja Dörner (Greens).

The historic festival was supposed to have taken place two years ago on the 175th anniversary of the Beethoven monument. However, because of Corona, it could not take place at the time. The completed restoration of the monument, which has been back on its pedestal for almost six weeks after undergoing a six-month beauty treatment in a workshop, offered a new reason. Experts had removed corrosion damage from the 3.4-ton bronze sculpture by Dresden professor Ernst Julius Hähnel and sealed the surface with protective wax. The 3.40 meter high statue shows Ludwig van Beethoven (1770-1827) in a long coat, with flowing hair and with a spiritual gaze into the distance.

British Queen Victoria and her husband Prince Albert, King Friedrich Wilhelm IV, Archduke Friedrich von Austria and the researcher Alexander von Humboldt traveled to the inauguration of the monument to the Bonn-born composer in 1845. At that time, they watched the ceremony from a balcony and thus provided the template for the spectacle on Sunday. Many of the onlookers wore black and white clothing. Many hats could also be seen on Münsterplatz. Even before the historic festival, Bonn residents and visitors were able to view the restored monument. It had then been veiled for the spectacle. 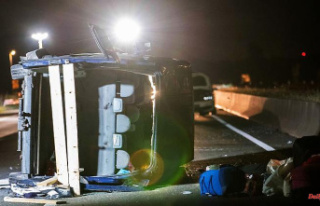