Novel "Gravity of Tears": What we lose when we migrate

More than me she loved my mother, Rosa Chitula, Angola, went to battle for her country. 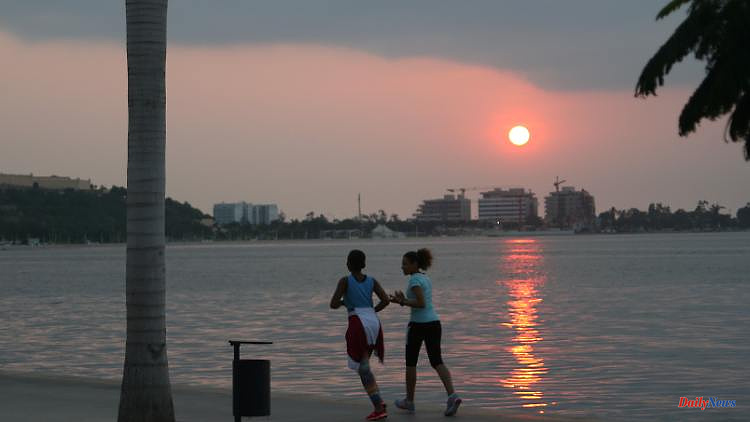 More than me she loved my mother, Rosa Chitula, Angola, went to battle for her country. My name is Vitória Queiroz da Fonseca. I am a woman. I am black. - Excerpt from "The Gravity of Tears"

A young woman is looking for her mother and thus for her own identity and homeland. In the 1960s, Rosa joined the guerrilla movement against Portuguese colonial rule and returned to her parents' house only once in many years to give up her newborn daughter. A short time later, in the early 1980s, Vitória's grandparents flee with two-year-old Vitória to Portugal of all places. Civil war is raging in Angola, which has only just become independent. Twenty years later, Vitória flees a convenience marriage and searches for her mother in Angola. And for an explanation for the few memories she still has of her old homeland.

A woman who leaves her parents and later her daughter to fight for freedom, isn't that unusual even today for a character in a novel? "Yes, that's right," replies Yara Nakahanda Monteiro when she presents her debut novel "The Gravity of Tears" in the Berlin bookstore InterKontinental. "I'm not attracted to motherhood myself, although that's always associated with femininity. My character Vitória also thinks that her mother wasn't motherly enough. Maybe her political ambitions were actually more important to Rosa. But maybe she just wanted Vitória into one bring safe haven, we don't know. In any case, pink doesn't fit the classic image of the mother, and that was important to me when writing."

Equally important to Monteiro was playing with the story of her characters and her own. Like Vitòria, the 43-year-old was born in Angola but grew up in Portugal. "It was about what we lose when we migrate. About the memories and the longing in families that last for generations. Because we don't return to the same place twice, the countries and we ourselves change and develop. "

In the novel, before leaving for Portugal, Vitorias' grandfather walks around a tree nine times in the presence of a soba, an "elder", reciting: "What must remain in Angola shall remain here. We shall never look back." Such rituals were used by colonial masters over their slaves, explains Monteiro. They forced them to walk around the trees to make them lose their identity - the "rite of oblivion". "You have to be able to forget in order to move forward. My family would have benefited if the ritual had actually worked," says the author.

She is furious that there are always second-class refugees - namely the people of color, like herself. "We have not only seen that with the streams of refugees across the Mediterranean, but also now with the Ukrainian refugees on the Polish border. " She was thrilled that ntv news in Ukrainian with moderator Karolina Ashiok was presented by a person of colour.

Even if the title "Gravity of Tears" - an Angolan slang idiom - suggests otherwise, the novel also has other sides. Monteiro lets her Vitória roam the club scene in the Angolan capital Luanda. "I celebrated the best parties of my life in Luanda - and I really know my way around," laughs Monteiro and you believe her immediately.

"There's an MTV clip vibe there, but there's also poverty, child labor and stuff like that. I wanted to portray that duality." In addition, there is also a lot of racism and colorism in the queues in front of the clubs: "White or lighter-skinned men with money come in much faster - that's why I wrote a scene with a young man who raps from a club and then passes his hat around and pulls it away when a white man is about to throw something in: Not everything is for sale."

A novel with a change of perspective

I'm afraid. I hear Mariquinhas moving. She wakes up and takes a sip of water. I pretend to sleep. I don't dare ask her to hold my hand. The day is slowly dawning. (...) Vitória gets out of bed. As carefully as she can, she opens her suitcase. She pulls out clothes she wants to wear and the plastic case with the scissors. - Excerpt from "The Gravity of Tears"

But not only the scene in front of the club, written like a rap, is unusual in the novel, in the middle Monteiro also breaks out of the first-person narrative. "Victória was born in one city and moves to another city. She meets a friend of her mother's and learns her real name and cuts her hair. At that point I changed my perspective because Black women don't get a chance to have their Telling stories, so someone had to tell them for them."

Perhaps also because of the unusual narrative structure, Monteiro was compared to Toni Morrison and Paul Auster - a comparison that flatters her, but which she nevertheless laughs off: "I'm a masochistic reader, I like it complicated, so I love Paul Auster. And "Beloved " by Toni Morrison was the first book I read that had all black characters. So that's a huge compliment. But I'm still a junior writer, with all the uncertainties that come with it."

Nevertheless, the comparison with the famous authors makes sense, Monteiro is powerful in language and creates beautiful pictures for the inner life of her main character. In some places, the narrative threads could be tied even more closely, not only when changing perspectives. But even a Paul Auster needed a writer's life to achieve his mastery.

Monteiro is currently working on poetry, visual arts and digital collages, but is still too shy to show off the latter. Another book is also planned: "I deal with friendships and how they change over the years. What will become of childhood friends when we grow up?" Until then, the poet Monteiro can already be discovered in her novel:

The way I go is the way I have to go. I couldn't stand the hunger for my mother any longer. I can't give her up. But even this certainty doesn't take my fear away. I can feel them to the tips of my toes. My feet fell asleep. You're afraid to go. Feet afraid to set off. - Excerpt from "The Gravity of Tears"

1 95 years of Volvo: Almost a century full of treasures 2 Pollution. In the Alpes-de-Haute-Provence, air quality... 3 Automotive. Latil and Gosselin are among the top 20... 4 Five Questions about the Death Penalty for Foreign... 5 "The chancellor must deliver": what Scholz... 6 Mecklenburg-Western Pomerania: Young man hits children... 7 Bavaria: Opponents of the summit criticize the policies... 8 Mecklenburg-Western Pomerania: Rügen Bridge free... 9 Hopping cars are a problem: his Mercedes is causing... 10 Integrating Salesforce CRM and NetSuite ERP 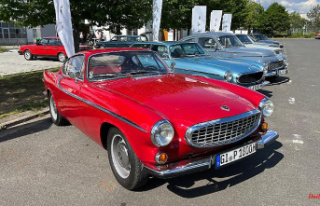 95 years of Volvo: Almost a century full of treasures