RB Leipzig is in the final of the DFB Cup for the third time in four years. 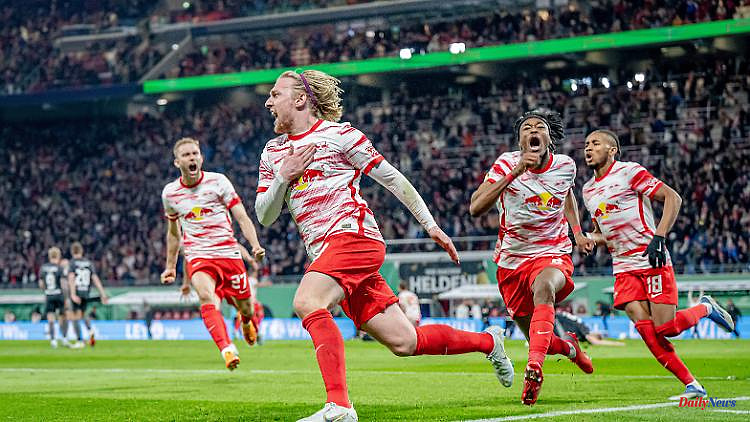 RB Leipzig is in the final of the DFB Cup for the third time in four years. Twice there were tough defeats, now the pressure is high: If you gamble away this title chance, that would be a severe setback.

Emil Forsberg couldn't help but think about his beginnings at RB Leipzig this week before the DFB Cup final. When the Swede joined RB Leipzig in winter 2015, the state-of-the-art training center on Cottaweg was still under construction. The players changed their clothes in containers. And the most important German word that the then 23-year-old needed was: "Achtung!".

The grand seigneur of RB Leipzig reported to the "Mitteldeutsche Zeitung"/the portal RBlive.de: "The showers were all connected to each other. If you turned on yours, the others got cold. So you went in and shouted 'Attention!' - and everyone knew." During the conversation, the veteran sat on the lawn of the youth stadium, exactly where the container village used to be. "It had a lot, how do you say, ... down-to-earthness," said Forsberg. At the time, he didn't come to Leipzig for golden faucets, but to get things moving in the trade fair city.

All these memories of the long journey resonate when Forsberg and the other container kickers from the 2015 class stand on the lawn of the Olympic Stadium in the cup final against SC Freiburg (8 p.m.) on Saturday evening. "So much has happened, and we're still here," Forsberg mused. This also applies to Yussuf Poulsen, whom Ralf Rangnick guided to RB in 2013, Lukas Klostermann, who came from Bochum very young in 2014, as well as keeper Peter Gulacsi, Marcel Halstenberg and defense chief Willi Orban, who have all been at the club for at least seven years.

For this sextet in particular, the third Leipzig Cup final is also a game of fate. After the crushing defeats against Bayern in 2019 (0: 3) and Borussia Dortmund in front of empty ranks in 2021 (1: 4), RB is going into such a final for the first time as a favorite. It may be the veterans' last chance at a trophy to gild their years at RB and finally win the first major trophy for the polarizing Red Bull club.

But this final is groundbreaking not only for the elders, but also for the entire club - those responsible, employees, fans. The pot, weighing six kilograms and set with tourmalines, rock crystals and nephrites, is intended to herald the next phase of the club's development. RB would then no longer just be the ambitious pursuer who reliably loses in big games, but would be perceived and taken seriously as the title holder.

Once engraved in the trophy, RB was an irrevocable part of the German football establishment. A title in the still empty showcase would be an argument in transfer talks and contract extensions. Players like the stars Christopher Nkunku and Dani Olmo know that RB is more than just a stepping stone to the big international top clubs.

Also with regard to the fans, the cup would have a lot of appeal. The pot would help to expand the catchment area and attract a young audience - with an average of 47 years, the RB season ticket holders are the oldest in the league. Only five percent of RB supporters come from the so-called Gen Z between 16 and 25 years. And for those who have been there from the beginning and have experienced the container years, the jubilation in the Olympic Stadium with 27,000 like-minded people would confirm and intensify the bond with the only 13-year-old club.

Recently, the impression had arisen that the Leipzig supporters had lost interest. In order to open up new markets internationally, a title in the luggage would make an impression on the international trip planned during the long winter break of the World Cup - for example to the USA. And of course it would also be confirmation for investor Red Bull and founder Dietrich Mateschitz that the investment of several hundred million euros in Leipzig is paying off.

However, so far RB has not had the courage and quality in the really big games to survive and make the last leap to the top of the podium. When two titles suddenly became possible for RBL in the final phase of this season, the team tensed up. RB already happily won the DFB Cup semi-final against Union, after that there was only a 4-0 win against Augsburg. In the European Cup semi-final against Glasgow Rangers, the players were impressed by the force of the crowd and the physicality of the hosts.

Coach Domenico Tedesco did everything he could to take the pressure off the team to win. "If we lose every game now, it's been a great, great season," said the coach ahead of the second leg in Glasgow. But the trick didn't work. The squad cramped again on the last day of the game in Bielefeld, when RB just about saved qualification for the Champions League with a 1-1 win.

In the past, it was the Leipzig team who impressed their opponents with pressing power and attacking football, but reached their limits against teams with better playing skills. RB currently has the biggest problems against teams like Freiburg, who have more fighting to oppose. Therefore, even the fine spirit Forsberg evokes the basic virtues of will and passion. "Then you might be bad with the ball in a game, but you fight until you drop. That has to be the basis," Leipzig's man demanded for the big games.

Now he doesn't want to drive from Berlin to Leipzig for the third time on Sunday, but to celebrate. "You see the happiness in the eyes of the fans. You realize at that moment that you have achieved something important. You can feel pure love, that's the reward. I want to experience that again this Sunday," enthused Forsberg. A lot depends on him and RB in this fateful game seven and a half years after the start in the container wing. It cannot be ruled out that one of the veterans would say "Caution!" if they win the title. shouts when he enters the showers in the Olympic Stadium. 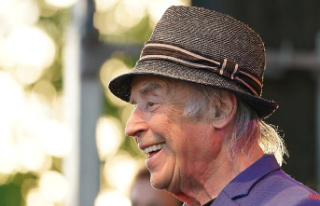