Reality TV couple at the end: Sam Dylan and Rafi Rachek break up

Not so long ago, Sam Dylan and Rafi Rachek wanted to start a family. 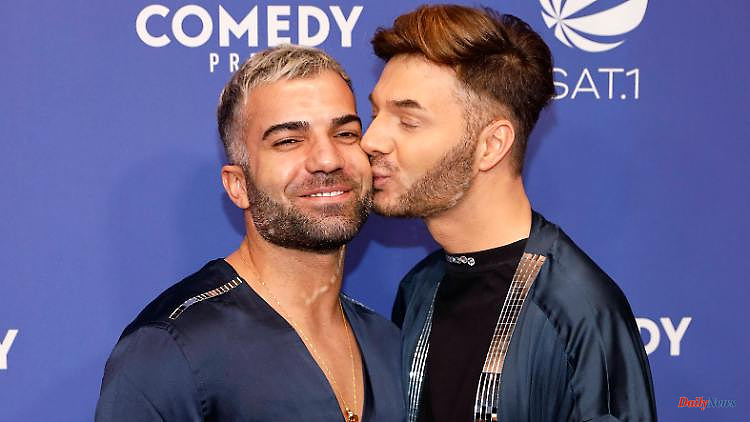 Not so long ago, Sam Dylan and Rafi Rachek wanted to start a family. The fact that the plans to bring a child into the world with the help of a surrogate mother have not yet been implemented may have its good side. The two have split up.

Sam Dylan and Rafi Rachek are no longer a couple. Former "Prince Charming" contestant Dylan announced the news in an Instagram story. With a crying smiley and the phrase "I never wanted it to come to this," the influencer introduces a detailed statement of separation.

"I would have wished I had never written these words: but unfortunately Rafi is no longer part of my life," writes the 31-year-old in the story. "It also makes me particularly sad as I've never spent so much time with anyone other than my family in my life."

However, he and Rachek have developed in "different directions" in recent weeks. The former "Battle of the Reality Stars" candidate fought for the relationship to the end. But love was finally broken. The couple had already separated in 2021, but were able to pull themselves together again.

"Bad blood" was not spilled during the separation, Dylan assures. He now wants to remember the beautiful moments with his ex.

Rachek confirmed the separation on his Instagram account with very similar words. "We have found that our two life plans unfortunately do not fit together as well as we had hoped," writes the former "Celebrity Big Brother" participant. The 32-year-old also hopes for a friendly relationship with his ex.

Just a few months ago, Dylan and Rachek wanted to start a family. So they went in search of a surrogate mother - in an unconventional way. In a casting show, they wanted to choose the woman from among the candidates who would carry their baby and raise them. The show called "All We Need Is Love" will probably be nothing.

Sam Dylan and Rafi Rachek announced their relationship in 2019. Rachek came out as gay in the fourth episode of Bachelor in Paradise. In 2018 he had fought for Nadine Klein's favor on "The Bachelorette".

1 People. Francois Hollande is married to Julie Gayet 2 Call for negotiations: US fears North Korea's... 3 Cut off from capital markets: Adler Group wants to... 4 Superstar and club on the phone: Lewandowski follows... 5 Great interest in vaccine: RKI registers 80 cases... 6 North Rhine-Westphalia: With a flag in hand: Ukrainian... 7 "Around 800 civilians" shelter in Severodonetsk... 8 Football / Ligue 1. OL: Anthony Lopes with his training... 9 Vetraz-Monthoux. Accident in Haute-Savoie - A biker... 10 Mecklenburg-Western Pomerania: Supervisory Board:... 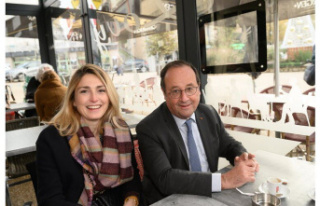