Three days off, nice weather - and the 9-euro ticket. 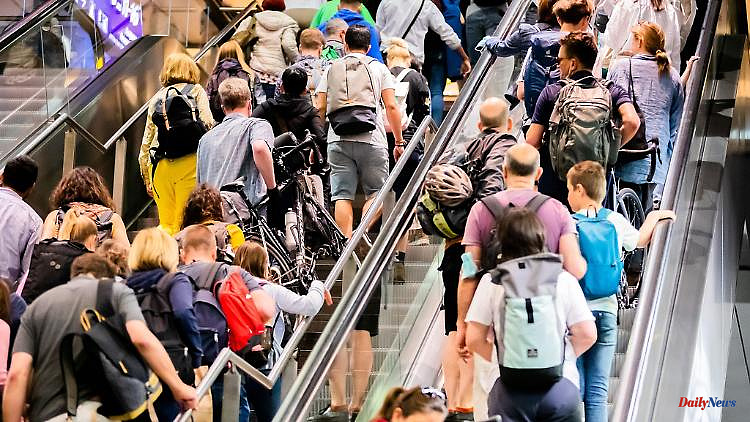 Three days off, nice weather - and the 9-euro ticket. These combinations caused a wave of travel over Pentecost.

Magdeburg/Stendal/Berlin (dpa/sa) - The travel wave at Pentecost and the 9-euro ticket have caused a lot of traffic on the train. Many trains are overcrowded, said a spokesman for the federal police on Sunday. “Because of the exceptionally high number of passengers”, it is not possible to take bicycles with you, Deutsche Bahn announced several times on Twitter. Travelers were asked to choose another connection. This also applied to the regional express between Cottbus and Magdeburg, which runs via Potsdam and Berlin.

The federal police are on duty over Pentecost to support railway employees - for example when passengers have to be asked to leave overcrowded trains. How often overcrowded trains had to be stopped at the start of the Pentecost wave of travel was not known at first.

In Stendal in Saxony-Anhalt, federal police officers were called to an overcrowded regional express northbound on Saturday. He was more than 200 percent busy, said a spokesman for the federal police on Sunday on request. The driver asked for help because passengers were not ready to leave the train. The federal police then addressed the passengers. They then got off the train "sometimes grumpy" and switched to other connections, the spokesman said. The regional express was originally supposed to continue in the direction of Uelzen (Lower Saxony). The connection offers, among other things, the connection to Hamburg and other cities in northern Germany.

In Brandenburg, federal police officers had to support railway employees on Saturday in asking travelers to get off a regional express to Magdeburg. According to Deutsche Bahn, the background in this case was a technical problem. Several hundred travelers had to leave the train at Kirchmöser station in Brandenburg/Havel and change to taxis or buses, according to a spokesman for the Berlin Federal Police Directorate.

For Whit Monday, Deutsche Bahn expects a stronger rush due to the first return journeys. A spokeswoman again recommended passengers to get information from the local transport associations or via the DB Navigator shortly before starting their journey.

1 Bouvante. Drome: Operation to rescue a 24-year old... 2 With the best recommendation from Klopp: Farke gives... 3 "Passion for FC Bayern": Hasan Salihamidžić... 4 The weather week in a quick check: Thunderstorm low... 5 Chamonix valley Thunderstorms: Trees and a rock block... 6 Natural disaster. Evacuations after an eruption of... 7 Escalation. French Championship: Julia Chanourdie... 8 260 fatalities since 1907: dead in the most dangerous... 9 Insecure parents: what to do if the child is intersex? 10 Thuringia: competitions at fire brigade championships... 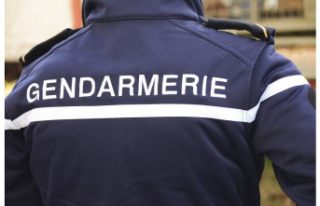