From little-noticed animal feed to a trendy product: oats are in fashion as a milk substitute, porridge or muesli. 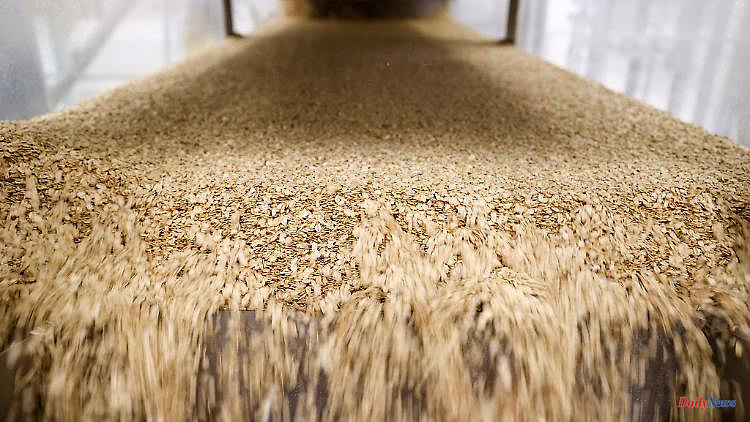 From little-noticed animal feed to a trendy product: oats are in fashion as a milk substitute, porridge or muesli. The demand is increasing and Saxony's farmers are also relying a little more on the grain. But oat mills are worried about this year's harvest - and the prices.

Plauen/Wurzen/Dresden (dpa/sn) - An unpredictable grain market, little regional cultivation area and a lack of rain on the fields: This year's oats, which will be harvested from late summer, could become far more expensive. "Farmers are struggling with enormously increased costs. And the general uncertainty makes planning impossible for them," said Andreas Jahnel from the Saxon State Farmers' Association of the German Press Agency dpa. Consumers should also feel this when mills and retailers have to raise prices for oat products.

It is no longer predictable how prices will develop. But an increase in the price of oatmeal

According to the State Statistical Office, oat cultivation in Bavaria has increased since 2016 - from 8,400 to 14,100 hectares this year. In general, this remains an increase at a low level, said Jahnel. Wheat cultivation is more worthwhile for farmers because of the good market prices - this is one of the reasons why regional oats are a scarce niche product. Whether the grain is used for animal feed or oat flakes is not decided by the farmer, but by the agricultural trade.

Christopher Rubin from Rubinmühle Vogtland GmbH in Plauen estimates that products made from oats could become massively more expensive in the next few months. "The grain market is going crazy and everyone seems paralyzed," said the head of Saxony's largest oat mill. On the one hand, many mills are not ready to accept the high prices for the forthcoming harvest and are waiting. On the other hand, farmers held back the upcoming oats from the market because they assumed that prices would continue to rise.

The prices for oats have almost doubled, even though they don't come from the war-torn Ukraine. "The price of oats behaves mostly like the price of wheat," explained Rubin. In addition to regional oats, the mill buys the grain in the Czech Republic, Poland and the Baltic States. Although the oat business is a niche market compared to other types of grain, demand has been rising sharply for several years. "We have to cancel orders because we don't have the capacity." That's why the Rubinmühle wants to continue to grow. It processes around 50,000 tons of grain per year, mainly oats.

Some Saxon farmers are currently experimenting with so-called winter oats, said spokesman for the Ministry of Agriculture Robert Schimke. Normally, the grain is only sown in the spring as summer oats, but then often has to struggle with the drought. "Some are now bringing it into the field sooner, so that the crop can develop early. Farmers are trying to adapt to climate change."

The Wurzener Mühle, as an oat processor, has tried to work more closely with regional farmers and oats from the surrounding area such as Thuringia, Brandenburg or Saxony in recent years, said the managing director of Wurzener Nahrungsmittel GmbH, Stefan Kuhl. "But if costs continue to rise, regional oat farming could be pushed aside a bit." The Wurzen mill could process up to 10,000 tons of oats annually into oat flakes or oat flour.

The Ukraine and other Eastern European countries have been part of the customer base for years. "Oatmeal is a popular food there. Demand from Ukraine is increasing significantly."

1 Thuringia: Association: More places for short-term... 2 Saxony: fire on the campsite at the Koberbachtalsperre 3 Baden-Württemberg: Ministry: soon tele-emergency... 4 High mountains. Crevoux: Fairies trail: What's... 5 High mountains. La Grave has a photo exhibition at... 6 Government. "Terminal 2: The ministerial reshuffle... 7 Holidays. You are putting your kids at risk by not... 8 It matters. There were hundreds of cancellations in... 9 Uzbekistan Karakalpakstan - Thousands are injured... 10 Scientists discover new giant waterlily species 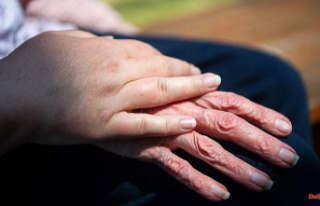