It wasn't Tuesday, and yet the astronauts of the International Space Station (ISS) were treated to a taco night on Friday, October 29 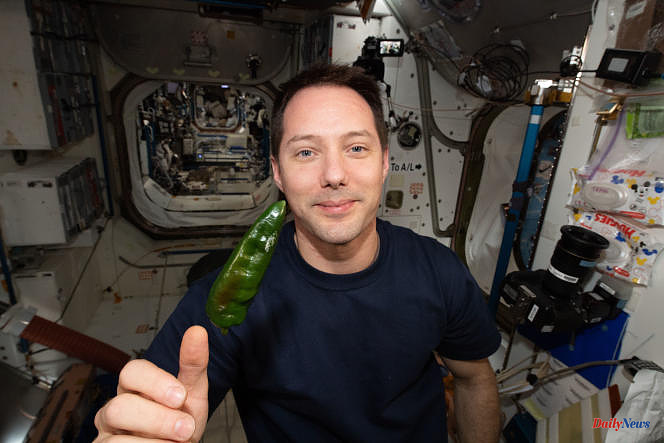 It wasn't Tuesday, and yet the astronauts of the International Space Station (ISS) were treated to a taco night on Friday, October 29. And not just any tacos: space tacos. Because, for the first time in history, in addition to beef, rehydrated tomatoes and artichokes, they were able to include peppers that they grew on board the ISS, as tweeted by the American astronaut Megan McArthur.

A few hours earlier, the International Space Station had actually announced on its Twitter account that the astronauts had picked their first crop of green peppers. These peppers are the result of an experiment - "Plant Habitat-04" - hosted by NASA at the station for nearly four months. After being watered to start the experiment on July 12, the peppers were then allowed to grow in a small growing system the size of a microwave oven.

The peppers chosen for the experiment are NuMex Española Improved peppers, a hybrid variety typically found in the Hatch Valley region of southern New Mexico, USA. After two years of studying the various possibilities, the researchers determined that "these peppers formed the best combination for performance and flavor out of the nearly two dozen tested," Matt Romeyn, the operation's manager, said in a video. uploaded by NASA in July.

"One of the most complex experiences"

As the site of the American public radio NPR reminds us, this is not the first time that astronauts have managed to grow food in space: they had thus succeeded in harvesting lettuces and radishes in the past. According to Matt Romeyn, the researchers are, for now, limiting themselves to "crops that don't need too much space or intensive processing."

However, he points out, this experiment was "one of the most complex ever carried out on plants on board the station because of the long period of germination of peppers [which ranges from ten to fourteen days] and the duration of their growth [from ninety to one hundred and twenty days]”. If some of the peppers have been consumed by the astronauts (in particular to get feedback on their taste), another will be analyzed on their return to Earth. A second harvest is scheduled for December.

While this story of space tacos may seem innocuous at first glance, NASA points out that it is an additional step in the planning of long-duration missions, such as a trip to the Moon or Mars. "It's important because the food that astronauts eat has to be as good as the rest of their gear. Successfully sending people to Mars and back to Earth will require not only the most nutritious food possible, but also the best tasting food,” LaShelle Spencer, lead scientist, explained in June. .

In a publication detailing the objectives of the mission, NASA recalled that meals prepared in advance end up losing some of their key nutrients over time, in particular vitamin C, which is found in large quantities in… peppers tested. “Growing colorful plants in space can have both physical and psychological benefits over the long term,” Matt Romeyn said before the start of the experiment. We discover that growing plants and vegetables with colors and smells helps the well-being of astronauts. »

1 Meteorologists running out of names for hurricanes... 2 How Harry Potter's "Diagon Alley" Ended... 3 American justice grants rights to Pablo Escobar's... 4 To have your statue in London, it is better to be... 5 The misadventures of an Instagram influencer to evacuate... 6 Detention center for migrants, the other face of the... 7 Dani, singer, actress and 'Paris by night'... 8 Ivana Trump, Donald Trump's first wife, has died 9 Actress Charlotte Valandrey dies after another heart... 10 Death of Monty Norman, original composer of James... 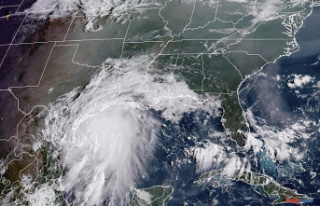 Meteorologists running out of names for hurricanes...