Is this the broken glass ceiling? According to the High Council for Equality between Women and Men, an independent advisory body, the new government of Elisabeth Borne was appointed Monday and does not respect "real parity".

Is this the broken glass ceiling? According to the High Council for Equality between Women and Men, an independent advisory body, the new government of Elisabeth Borne was appointed Monday and does not respect "real parity". The HCE released a press release on Tuesday, July 5 that stated "Real Parity has not been yet achieved in key positions within public decision-making", but it welcomed the appointment of Elisabeth Borne to the role as Prime Minister.

"If we count strict parity (21 men and 21 women)," "behind purely quantitative parity also functions the parity of accountability", says the High Council. It denounces the low percentage of women in "regular” positions.

Similar to the above, Yael BraunPivet's election as President of National Assembly shouldn't hide "a decline of the place of women" since 1988. "They now occupy barely more that one-third (37.3%) the seats."

Only two of eight permanent committees are presided over by women: the Committee for Cultural Affairs and Education and Committee for Social Affairs.

The government is very proud of the female arrivals at the National Assembly. "A president in France's National Assembly is something that has never been seen before," welcomed Agnes Pannier Runacher, Minister for Energy Transition on France Info. She then added that "we are at a historic time in terms of feminization". It is a fact that 11 of the ministers who are full-time are men, and only 5 are women. The glass ceiling is still high.

The Minister explained that this imbalance in responsibilities was due to the fact that most women enter government as Minister Delegates and Secretary of State.

Another problem: The High Council points out political cabinets as "white areas" of parity, pointing fingers at them, according to the Sexism 2022 report by the HCE. This report must be resubmitted to the HCE in autumn with a report on equality and parity in the national political arena. 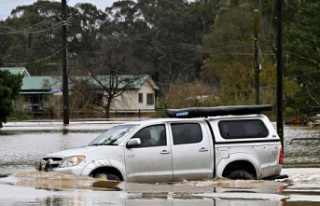