Two lows let it rip: "Most dangerous thunderstorm situation of the year" is pending

The next few hours and days are tough: heavy rain, possible gusts of Okane, risk of tornadoes, supracells. 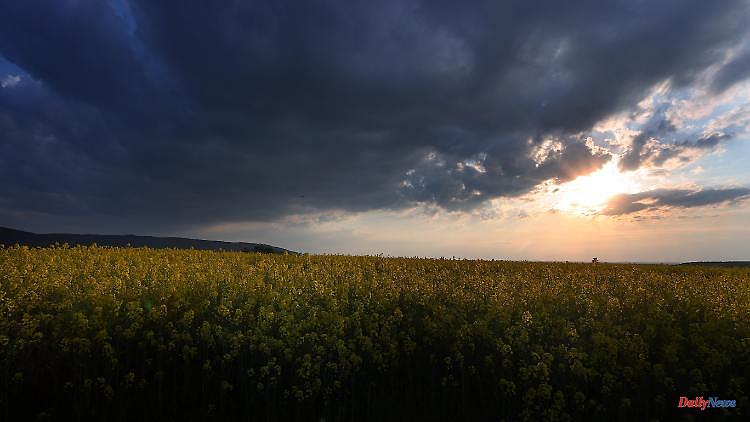 The next few hours and days are tough: heavy rain, possible gusts of Okane, risk of tornadoes, supracells. Friday is the high point. After that, the weather calms down again, at least temporarily, as ntv meteorologist Björn Alexander knows. The coming holiday could then be sunny and dry again.

The next few hours and days are tough: heavy rain, possible gusts of Okane, risk of tornadoes, supracells. Friday is the high point. After that, the weather calms down again, at least temporarily, as ntv meteorologist Björn Alexander knows. The coming holiday could then be sunny and dry again.

ntv: The summer is just about to warm up, when it cracks again in the beams. What do we have to adjust to?

Björn Alexander: The first thunderstorms are currently sloshing from France and Benelux to Germany in muggy, warm to hot and therefore very energetic air - with some considerable potential for storms. Responsible is low "Dorchen", which will be followed by another low on Friday. And while "Dorchen" can cause a violent bang, low "Emmelinde" even increases the risk of storms on Friday.

First of all, we can expect lightning-intensive thunderstorms, which on Friday - at the peak of the series of storms - can bring extreme amounts of rain. Here, the weather computers calculate peaks of around 80 liters per square meter or more within a short time. That corresponds to a whole month's rainfall. Medium to large hail (three to five centimetres) and gusts of wind are also possible. Even hurricane gusts of over 120 kilometers per hour as well as the so-called supercells, i.e. organized heavy thunderstorms, cannot be ruled out. In addition, the risk of individual tornadoes is increased. We are therefore expecting the most dangerous thunderstorm situation of the year so far, especially on Friday.

Can the regions be narrowed down?

For the thunderstorms on Thursday, in principle, the entire western half - there will not be thunderstorms everywhere. But where the thunderstorms hit, it gets very intense. Showers and thunderstorms are already on the way on Friday morning. But it probably only gets really explosive in the afternoon and evening, when "Emmelinde" moves from west to east across central Germany.

What does that mean for the individual federal states?

Once again, the western parts of the country are first in the running. So the Saarland, Rhineland-Palatinate, North Rhine-Westphalia and Lower Saxony as well as Baden-Württemberg. Hesse, Thuringia and northern Bavaria are later affected before the thunderstorms spread more and more to the eastern and southern parts of the country. Say Saxony-Anhalt, Saxony, Berlin and Brandenburg. The northern lights and south of the Danube are likely to have the lowest risk of severe weather.

Stronger thunderstorms are possible in the south in the morning and mid-morning. All in all, however, the weekend is much calmer before it is likely to get turbulent again at the beginning of next week.

From today's perspective, unfortunately yes. This applies in particular to Monday and Tuesday. For the holiday on Thursday - Ascension Day or Father's or Lord's Day - it could be sunnier and drier.

With a positive trend for the entire long weekend?

As of now, it might fit. But as is so often the case, the uncertainties in the weather computer forecasts are growing day by day. Basically, the current development for the long weekend looks pretty good so far.

So let's keep our fingers crossed that it stays that way. What's next in terms of heat and summer heat?

Not only the thunderstorms reach their peak on Friday. The temperatures are also in record ranges - at least in the south and south-east. Because before the thundery cooling, a hot breeze from North Africa reaches the southern parts of the country. It is exciting to see how intensively the Sahara dust brought along affects the power of the sun. Either way, we have reached the upper range of possibilities for the month of May with the air mass, which means peak values ​​of 30 to 34 degrees for the south. Summer warmth is also announced in the east with up to 28 degrees, while the north-west half will get a maximum of 20 to 25 degrees. It is very humid here, especially before the thunderstorms.

How hot will the weekend be?

It's rather cold in comparison. On Saturday with a windy mix of sun and showers in the north and first some heavy thunderstorms in the south. In the rest of the country, however, it is mostly dry and at times sunny at 16 to 26 degrees.

What does Sunday bring us?

There is still an increased risk of rain towards the Alps and Western Pomerania. Otherwise, the Sunday can definitely be seen and at 17 to 26 degrees - after the storm and heat battle - it's time to breathe deeply.

But the calm doesn't last too long.

That's the way it is. On Monday, a new thunderstorm will move south and west. This increases the risk of severe weather, especially with a view to heavy rain. In addition, the summer cooks on the back burner in terms of temperature with sometimes muggy 20 to 26 degrees.

Are these weather conditions a sign of the upcoming summer?

The bottom line is that the experimental long-term forecasts currently rate the summer of 2022 and especially June and July as too dry. On the other hand, if you look at the short-term weather models, such as the American model, which incidentally also calculates up to 16 days in the future, then a completely different picture emerges in the near future.

According to this, until June 4th, we can expect rain totals that are widely between 40 and 100 liters per square meter, in some cases even significantly higher. Of course, all of this is really only to be understood as a trend and not as a concrete forecast.

1 First pitch storm, then attack: Fan has to go to jail... 2 Cooperation with universities: China uses German research... 3 Critics see FIFA as an obligation: The 420 million... 4 Do I need beard oil to care for my beard? 5 "Rude and "unprofessional": Strack-Zimmermann... 6 The climate parasites of the CSU?: "Preventing... 7 After the sinking of the "Moskva": London:... 8 Because of life insurance: US author murders husband... 9 SPD transport politician Müller: "The 9-euro... 10 "Thank you, my darling!": Sylvester Stallone... 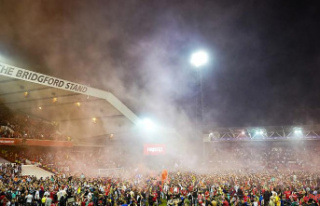 First pitch storm, then attack: Fan has to go to jail...