Ten days before the beginning of the Russian war of aggression, the US closed its embassy in the Ukrainian capital. 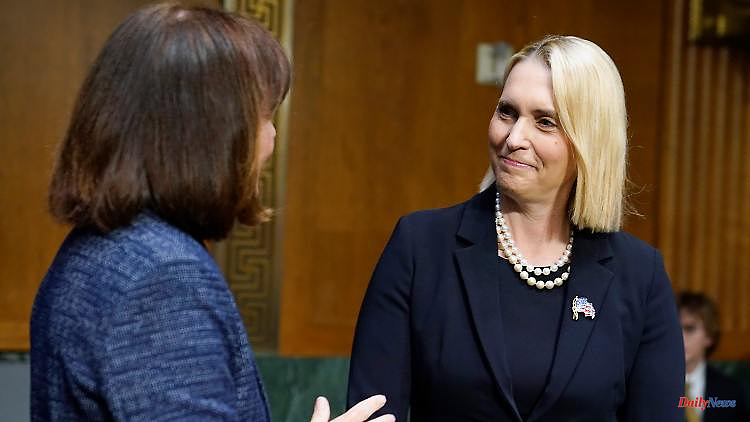 Ten days before the beginning of the Russian war of aggression, the US closed its embassy in the Ukrainian capital. The post of ambassador had been vacant for years. Now the "Stars and Stripes" is blowing again over the building - in which a new boss takes up her duties.

The US has reopened its embassy in the Ukrainian capital of Kyiv after a three-month closure. "We are officially resuming work at the US Embassy in Kyiv today," said US Secretary of State Antony Blinken. The US flag was hoisted again at the embassy building. "The Ukrainian people, with our security support, defended their homeland against the ruthless Russian invasion, and as a result, the Stars and Stripes (US national flag) again flies over the embassy," Blinken said.

Washington had closed its embassy in Kyiv ten days before the start of the February 24 Russian attack on Ukraine, temporarily relocating embassy activities first to the western Ukrainian city of Lviv and then to Poland. After Ukrainian forces repelled a Russian offensive on the capital and its region, Western countries are gradually reopening their diplomatic missions in Kyiv.

Blinken said the US has taken additional measures to ensure the security of US diplomats. The US continues to "proudly" stand with Ukraine in defending the country against "the Kremlin's brutal war of aggression." The US Senate confirmed Bridget Brink as the new US Ambassador to Ukraine. The post has been vacant since 2019.

Germany reopened its embassy in Kyiv a week ago - as one of the last western countries to do so. Before that, representations of the EU, France, Italy, Great Britain, Austria and other countries had already been reopened.

1 Abuses in Mariupol: Russia apparently worries about... 2 No effect against inflation ?: Sharp criticism of... 3 "Just looking for the right time": North... 4 Artificial intelligence and 5G: journalism and technology... 5 Ambassador calls for admission: Melnyk: NATO membership... 6 The insane thriller from Seville: The wonderful comeback... 7 Ladiges cooks: something different with asparagus 8 Increased production costs: Beer brewers warn of bottle... 9 US circles on the flight recorder: Boeing deliberately... 10 After a push from Grenoble: the French government... 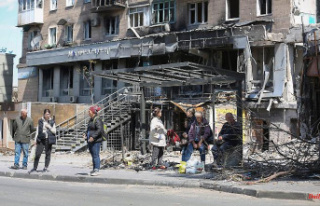