Only cash is truth – that seemed to be a principle in Germany for decades. But the corona crisis has also turned this former certainty upside down in Germany. B Only cash is truth – that seemed to be a principle in Germany for decades. But the corona crisis has also turned this former certainty upside down in Germany. Because here, too, the cash is drastically losing support. This is the result of the EHI study "Payment systems in Retail". The Retail Institute surveys its member companies for this, making it one of the most accurate surveys of its kind.

In concrete terms, the number of payment transactions with notes and coins has plummeted from 14.58 billion paid purchases within twelve months to only 10.11 billion paid purchases. In percentage terms, the share of cash payments in purchasing has thus decreased from 46.5 percent to 38.5 percent. If you look back even further, in 1994, for example, this figure was still at 78.7 percent.

The absolute slump in numbers can still be explained very simply by the fact that numerous shops were closed during the corona pandemic. The relative loss of significance of at least eight percentage points can also be partly attributed to the pandemic. Because at that time, the trade expanded the payment options with a card. At the time, a study came to the conclusion that 97 percent of all companies wanted or did want to provide information that pointed to the possibility of card payment.

Another reason for the steady increase in card payments is the increase in terminals. Even small shops that previously refused to do so managed to acquire them, mainly for hygienic reasons as a response to the corona crisis. There are now more than 922 000 such terminals. Before the pandemic, there were only 857 000 stations.

The third major development concerns contactless payment. More and more cards have been equipped with this ability, by now there are likely to be almost 100 million pieces. And what many may have forgotten: the amount that can be used to pay without a secret number (PIN) was increased from 25 to 50 euros in the spring of 2020. As a result, the card is drawn and laid up much more often today. Specifically, according to the German Banking Industry Association, 72.6 percent of all payment transactions are now carried out contactlessly with the Girocard alone – in the previous year it was still 61.1 percent. The EHI again comes to other figures. According to his study, depending on the retail sector, between 78 percent (hypermarkets) and 87 percent (drugstores) of all transactions are contactless.

All this has led to the fact that 58.8 percent of all sales are now paid by card. As the market leader, Girocard accounts for 42.4 percent of this, 9 percent is paid by credit cards and 6 percent by direct debit. Other methods such as Maestro, V-Pay, the Debit Mastercard or the trade card only account for 0.6 percent.

1 Positive Employment Numbers Continue to Surprise Economists... 2 How Machine Learning Is Revolutionizing Marketing 3 Vehicles and Divorce: Who Gets the Car 4 Portrait of Matthias Redlhammer: Job made of meat... 5 Understand the Basics of Playing Roulette Online 6 Mark Hauser Explains Private Equity Investment in... 7 Reasons To Get A Forbrukslan 8 How Much Does an Education Cost These Days? 9 All You Need to Know About Temporary School Buildings 10 Injured are to be cared for: Moscow: Ceasefire to... 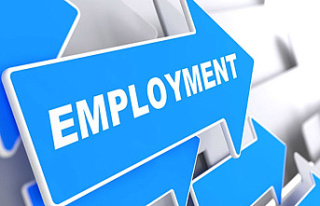