Energy consultants could currently work around the clock. 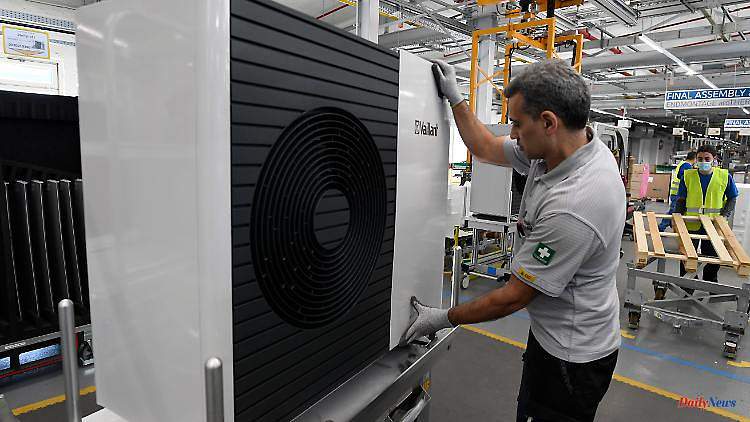 Energy consultants could currently work around the clock. However, state funding is lengthy. In an interview, Jürgen Leppig, Chairman of the Energy Advisory Association GIH, explains where the problem is and how heat pumps are also suitable for old buildings.

Business is booming in your industry, what condition do I find you in right now?

Jürgen Leppig: I could work around the clock at the moment. Climate protection has always been an incentive for some homeowners to do something, but the Ukraine war has suddenly given the issue of energy saving a huge priority. Especially now, since Economics Minister Habeck announced the gas emergency plan. I am advising a homeowner who had a new gas condensing boiler installed just two months ago. He just ripped it out again and said: I want to get off the gas! This is of course complete economic nonsense. We will now experience such reactions more often, the citizens are concerned with the current situation. And more people will see an energy consultant.

The problem is rather: There are still too many craftsmen who recommend fossil fuels. Many heating engineers have no experience with heat pumps and still recommend: "Just build a new gas boiler with condensing technology. It's cheap and much more efficient than the old system." We even see homeowners who quickly renew an old oil tank and install a new oil heating system. Before that is no longer possible from 2026. So that they have peace for the next 20 years.

Does this happen often?

Fortunately, common sense prevails among the citizens. Funding policy is currently the driving force. And people are becoming more and more interested in the topic of refurbishment as a whole. However, we have a very high average age in the consulting industry, since many of them only started their career as consultants later in their careers. A craftsman, for example, has to be a master craftsman before he can do it.

This means that many consultants will soon be out of the market when they retire.

What we need would be: urgently a separate job profile and up-to-date training. However, this still fails due to the different political interests in this market. This not only affects different trades, but also various chambers. Craftsmen, architects and engineers are all organized independently. So I don't think it will be implemented quickly. The state has recognized that there is a lack of consultants and has introduced the career changer examination in energy consulting. But career changers are not allowed to do what they are tested for, we have to change that as soon as possible.

That's probably not the only hurdle, is it?

The whole funding system is far too complicated. And the processing of grant applications just takes too long. The state is talking about digitization, but it has scaled back the funding to a week-long administrative act with letter delivery. A digital platform could check in milliseconds whether a subsidy has already been applied for for this building and whether funding is available. Even a tax return is easier today than a subsidy.

Such lead times are fatal with today's inflation, aren't they?

It is exactly like that. The federal funding freeze has unsettled the citizens. Many wait until the promise of funding arrives. In addition, price increases for building materials are currently eating up part of the subsidy. They are in the double digits. The state is far too lazy here.

In the meantime, people have been waiting a few months in advance for a renovation roadmap.

The positive thing is: thanks to the "Individual Renovation Roadmap" (ISFP), many customers renovate more after the consultation than they actually intended. The ISFP bonus has caused the number of applications to skyrocket. But there is also a problem for us consultants: the citizen pays 20 percent of his own contribution, the state pays 80 percent. But we often have to pay 19 percent of the total amount immediately as an advance sales tax payment. The same state collects it immediately, which takes many months to pay us the 80 percent. That's why a number of energy consultants are no longer interested in accepting many orders for ISFP. That's why you work for free for months.

Another problem is that an owner can only place orders if he has received a funding commitment. So more time passes, which costs him money.

It used to be that you had to apply for funding before the craftsmen started their work on site. Today, not even an order can be placed in advance. Personal contributions are also no longer funded. That doesn't make sense to me at all. We don't have enough craftsmen, so the state should be happy if people stick the styrofoam panels under the basement ceiling themselves.

Often at the banks: as an over-60-year-old, you can hardly get a loan if you want to restructure for a six-figure sum. Because the credit guidelines dictate that you must have repaid the loan during your lifetime. In addition, the KFW repayment subsidy is completely hidden, even if it can make up half of the loan amount and thus only makes a repayment of 75,000 euros from a 150,000 euro loan. The bank checks the creditworthiness without this repayment subsidy and says: You are already too old to repay the 150,000 euros. And who owns all the real estate in this country? Those are the older ones.

What is the point of the sentence that one should rather look for an architect or civil engineer as an energy consultant than a chimney sweep or heating engineer?

This is a classic prejudice. Of course there are good and bad people in our industry, as there are everywhere. This is the Gaussian distribution. I know a carpenter who has qualified so that he is at least on a par with many architects and heating engineers in building services. In addition to specialist knowledge, it is important: does he really listen to the owner and respond to his ideas? Or does he just want to get his opinion across?

And what about the common opinion: The heat pump is not suitable for the old building?

This is utter nonsense. This is how you can tell if someone is technically up to date. Of course, the principle of "efficiency first" applies. The heat pump is a really good part, it just has to be kept in a species-appropriate manner. And it also works with normal radiators, it doesn't have to be underfloor heating. The ideal retrofit solution here is ceiling heating, for which a heating engineer only needs an additional drywall builder. The living space is three centimeters lower, the flow temperature of the pump can be lowered. Many just don't know that. And that's exactly where it fails.

The interview first appeared on Capital.de

1 Velus Jones is a 25-year old rookie who shrugs at... 2 Tourism. Nationalists delay the docking of cruise... 3 United States. "Repeat that line": Joe Biden's... 4 Boris Johnson resigns: Zahawi, Shapps join the Tory... 5 The day of the war at a glance: Russian troops target... 6 "Really experienced everything": Jürgen... 7 Baden-Württemberg: Disturbance at the Stuttgart train... 8 TikTok proposal fails: The search for the ring that... 9 Draw in the top game against Sweden: defending champions... 10 Football/Women's Euro. There was no winner in... 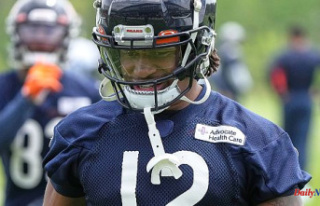 Velus Jones is a 25-year old rookie who shrugs at...