"Nothing points to a downturn": Robust US labor market fuels speculation on interest rates

The US economy has shrunk in the past two quarters - but the job market is booming. 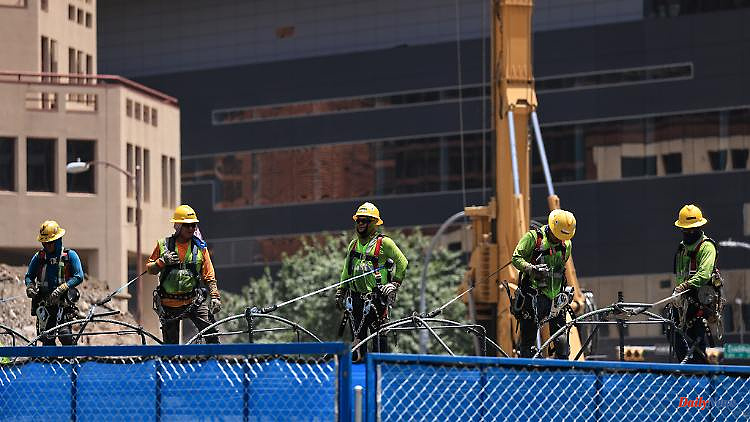 The US economy has shrunk in the past two quarters - but the job market is booming. In July, companies created more than half a million new jobs. The central bank therefore has hardly any reason not to raise interest rates sharply again.

The US labor market is booming and, with a surprisingly strong increase in jobs in July, is fueling interest rate speculation on the financial markets. Last month, 528,000 new jobs were added, according to the Washington government. Twice as many as expected by economists. In the previous month, the plus had amounted to a revised 398,000. The separately determined unemployment rate fell by 0.1 points to 3.5 percent. According to the ministry, about 5.7 million people were unemployed. Both values ​​correspond to the pre-corona level in February 2020.

The job market report is a demonstration of strength, says portfolio manager Thomas Altmann from the investment advisor QC Partners: "And that means that the US economy and the US job market can tolerate several more interest rate hikes." Economist Bastian Hepperle from the Hauck Aufhäuser Lampe private bank also sees the job market in balance: "It is very impressive how many new jobs are still being created in the USA every month. There is still nothing to indicate that a downturn is about to begin."

Fed Chair Jerome Powell said recently that he sees the robust job market as a sign that the US is not going through a recession. However, the gross domestic product has already shrunk for two quarters in a row, which is referred to in the jargon of economists as a technical recession. In July, the Federal Reserve had nevertheless increased the key interest rate significantly in the fight against inflation. She raised it by 0.75 points to the range of 2.25 to 2.50 percent and wants to follow up.

As can also be seen from the labor market report, hourly wages rose by 0.5 percent in July compared to the previous month and thus also more than economists had expected. "Since wages have also risen sharply, another key rate hike of 75 basis points at the September meeting should be set in stone," says LBBW economist Dirk Chlench.

A strong job market gives the US Federal Reserve additional arguments to keep up the tight pace in the current rate hike cycle, said Timo Emden, market analyst at Emden Research. He points out that it was only in July that she "repeatedly dared to take an XXL interest rate hike" of 75 basis points: "On the other hand, hopes that the rapid interest rate hikes of the past few months will also bear the first visible fruits on the labor market are shattered."

The renewed speculation about sharp interest rate hikes gave the dollar an additional boost. The dollar index, which tracks the rate against major currencies, rose 0.9 percent to 106.69 points. At the same time, investors threw US government bonds out of their portfolios and drove the yield on ten-year bonds to 2.805 percent. 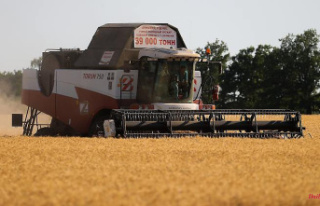