Hardly any sporty car is offered today without e-support. 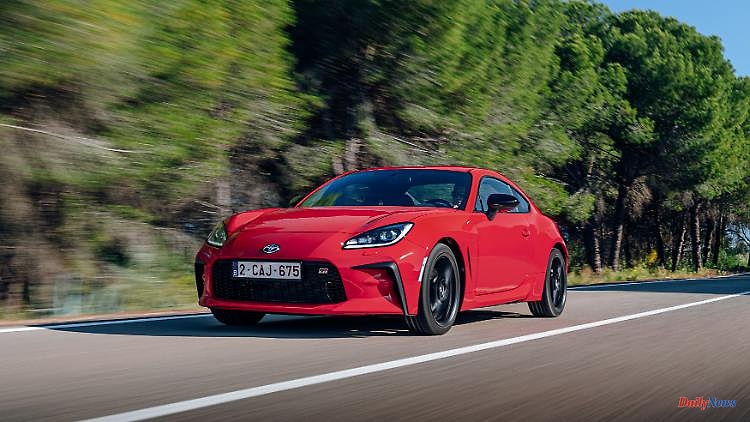 Hardly any sporty car is offered today without e-support. Firstly, the nominal power increases and secondly, the emission decreases mathematically. But now hybrid pioneer Toyota with the GR 86 is just around the corner. A light fun mobile that is an absolute alien in the green area.

Many people want to be politically correct these days. Many a Saul has long since traveled the country electrified as Paul. And suddenly, the Toyota GR 86 turns the corner, a car that can't do much to save the world other than driving fun. Hardly anything in the green area and apparently a type that moves many. Just three weeks after Toyota released orders for the new GR 86 in March, the annual production of 600 vehicles for Germany was already sold out. If you are very lucky, you can still find one at your trusted Toyota dealer. Only the Brits were even hotter, they were all gone after 90 minutes.

What makes the G86 so attractive that customers open their hearts and wallets, transfer at least 33,990 euros without even having sat behind the wheel? Visually, the successor to the GT86 has hardly changed. Toyota put the fine scalpel to the GR, which emerges from the collaboration with Gazoo Racing. The 2 2-seater doesn't really differ radically from its predecessor, which was discontinued in 2020. Proportions and dimensions remain almost identical. As with its twin Subaru BRZ, the engine sits at the front and the drive at the rear. That was non-negotiable. Anything else would be a no-go for friends of cultivated lateral acceleration.

The GR 86 is also optically a pure drawing of the beautiful old GT era. The side silhouette stretches over a muscle that doesn't let go even when you're standing. Short, tight tail with two mighty trumpets, compact driver's cab, long snout. This is how driving fun worked back in the late 1960s, at the height of the cult, little fun coupés.

Only a few manufacturers have remained true to the concept of the puristic two-door. Too complex, too small quantities, the image no longer fits the green path. The last of their kind come from Mazda (MX-5 RF) or, to a lesser extent, from BMW (2 Series Coupé). That's it. Toyota, meanwhile, operates the leisure sport particularly consistently. After Yaris and Supra, the GR 86 is already the third comrade from the Gazoo Racing squad that doesn't have a particularly difficult time presenting itself in a sporty light. Freed from ballast, brother light foot takes less than 1.3 tons with him on the way to the next bend. You can already speak of an ideal weight today. With a high proportion of aluminum in the sheet metal body, the GR slims down around 15 kilograms compared to the GT.

The meticulousness and effort they put into fine-tuning show that Toyota is absolutely serious about civil disobedience. Spurred on and repeatedly demanded by the top boss and top racer Akido Toyoda. The rigidity of the body has been increased by a good 50 percent compared to its predecessor, the center of gravity has been further lowered, and Michelin Pilot Sport 4 performance tires have been fitted. And, of course, the most important thing: displacement, torque and performance increase. The four-cylinder boxer now has a displacement of 2.4 instead of two liters, the torque jumps by 45 Newton meters to 250, the vehicle registration now shows 234 hp - and thus 34 hp more than before.

That alone doesn't sound like an adventure that deserves an amusement tax. But the truth is out there. And then the GR 86 suddenly played like it was liberated. Where its predecessor still demanded screeching, abstrusely high revs to ignite something like a fire, for our new sports friend the fun begins just over 2000 revs. The gas foot now has direct access to the corners of the mouth and pulls them a bit higher with every push.

More speed also means more power and a bass from behind that cheekily gets you goosebumps. The implementation takes place spontaneously and with the strong emphasis that many have missed so far. The GR 86 needs 6.3 seconds to sprint to a hundred, 1.3 less than before. The high-torque boxer can now also be persuaded to drive at low revs in high gear, which was always anathema to him. In this way, the drive gains the sovereignty that the slim design of the GT86 promised but could never keep.

On closed routes, the GR 86 turns moderately talented drivers into fast contemporaries. The reactions of the significantly optimized chassis are wonderfully predictable. With an almost optimal weight distribution (53 percent front, 47 percent rear), the 4.27 meter long sports coupé pushes only minimally over the front wheels. In track mode, ESP and ABS let the reins loosen a bit and allow controllable mini-drifts, here the grippy Michelins help noticeably to get back on track. The crisp, short-stepped manual transmission gives no reason to opt for the optional six-speed automatic, which Toyota believes will do less than 20 percent anyway. The steering, however, turns much easier than before, without Toyota having drained target water for it. With only very small steering corrections, the GR 86 can be guided through curves with centimeter precision.

The good news for everyone who has to argue with the GR 86 at home: it can also be used every day. Yes, it rolls tight, but without being annoying with excessive hardness. The sports seats are surprisingly comfortable, and they are easy to operate because most of the functions can be regulated directly using switches or rotary knobs. In the trunk fit 226 liters, which just goes through the family council. Less acceptable will be the boxer's willingness to drink, which tends to drift into the double digits at a brisk pace and burdens Toyota's white CO₂ vest with almost 200 g/km. The background noise is also rather borderline. From a speed of 100, droning frequencies from the rear area penetrate the interior. Toyota explains this by reducing the soundproofing to save weight. After all, the GR 86 is a sports car.

Which, by the way, is only offered by us for a further two years. 2024 is already the end of fun. Stricter emission standards will then wipe out the last of their kind politically correct. 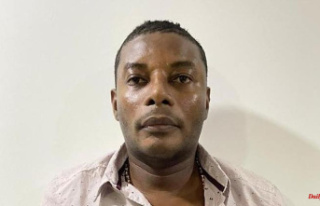