Because of the Ukraine war, Germany wants to become independent of Russian natural gas as quickly as possible. 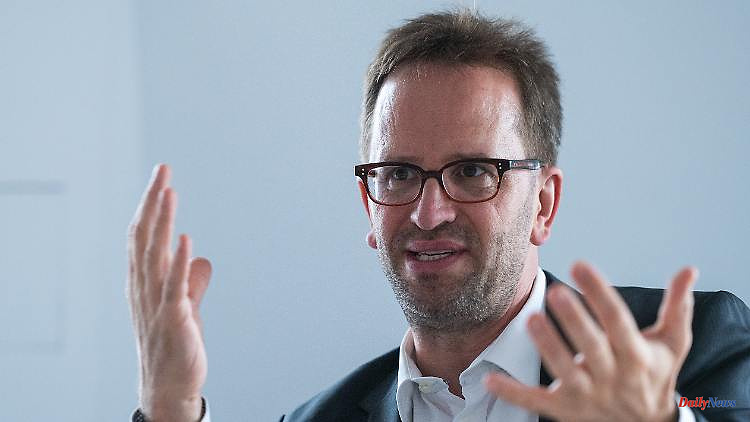 Because of the Ukraine war, Germany wants to become independent of Russian natural gas as quickly as possible. In the event of a short-term delivery stop, German storage facilities are "not well enough filled," warns the head of the Federal Network Agency, Müller. New suppliers must be found quickly for the next winter.

In view of the Ukraine war, the President of the Federal Network Agency, Klaus Müller, is pushing for an increase in German natural gas supplies. The gas storage facilities in Germany filled up “better than in previous years” and were more full than they were at the beginning of May, Müller said on Deutschlandfunk. However, they are "not yet well enough filled if we were to get less or no more Russian gas in the short term".

Müller referred to the specifications of the new gas storage law. If Germany's gas storage facilities were actually filled to at least 90 percent, as planned, the country would have "a buffer for at least two and a half months, under stable conditions, with a normal winter," said the head of the authority. From his point of view, this would be "a very good prerequisite" for industry and consumers. "Of course it's not all that good," added Müller.

In order to "get through the next winter properly", Germany would have to switch to natural gas suppliers other than Russia, said Müller. In addition, private households and industry would have to use gas more sparingly and efficiently. In any case, the cost burden from the energy crisis is "immense, you have to tell people, including industry and business in all honesty".

Russia's war of aggression in Ukraine and the resulting Western sanctions against Russia are driving up gas and oil prices. Russian Finance Minister Anton Siluanov announced on Friday that he therefore expects additional income of the equivalent of 13.7 billion euros from oil and gas exports this year.

The EU summit in Brussels on Monday will deal with new sanctions against Moscow and a possible oil embargo. However, Hungary in particular has so far blocked such a step, which would have to be decided unanimously.

Germany is currently still about 35 percent dependent on supplies from Russia for natural gas. At the latest when new liquid gas terminals are planned to go into operation, this proportion is set to fall further in the current year, although this will result in additional costs. The gas share in power generation in Germany is currently around ten percent after around 15 percent in the previous year.

1 In the Tropic of Cancer: In June, the Summer Triangle... 2 Bavaria: school bus drives into the ditch: five children... 3 Baden-Württemberg: head-on collision: driver seriously... 4 Saxony: investigations by the Leipzig police after... 5 Good news for Putin: the fuel discount is an expensive... 6 Thuringia: concrete block on the rails: train accident... 7 Bavaria: early in the morning drunk in the neighbor's... 8 North Rhine-Westphalia: Intercity pelted with an object:... 9 Saxony-Anhalt: Stolen tools worth 23,000 euros discovered 10 Thuringia: dispute in the allotment garden: man threatens... 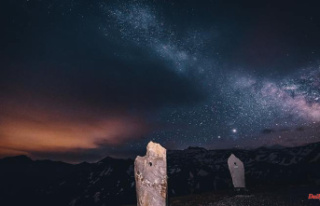 In the Tropic of Cancer: In June, the Summer Triangle...