More than 500 forces, including from the Bundeswehr, are deployed in Saxon Switzerland to fight the forest fires. 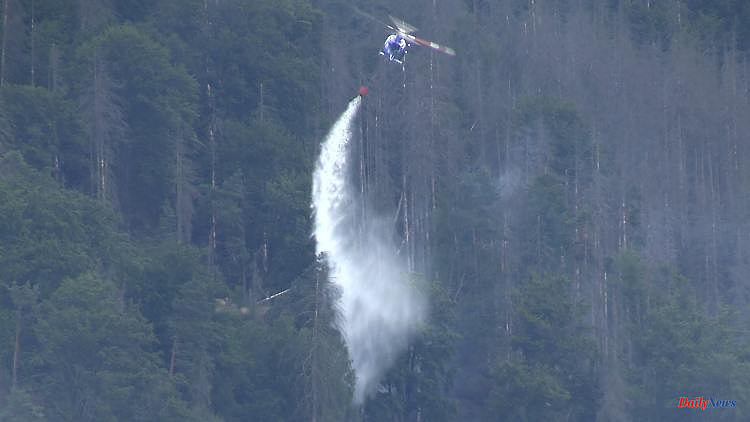 More than 500 forces, including from the Bundeswehr, are deployed in Saxon Switzerland to fight the forest fires. They erupted a week ago. Another fireplace has now been confirmed by drone.

A week after the forest fire broke out in Saxon Switzerland, the extinguishing work continues. The embers should be contained in the ground, as the press spokesman for the district office of the Saxon Switzerland-Eastern Ore Mountains, Thomas Kunz, announced. The ground is turned over and a carpet of foam is spread out of the air. In this way, barriers are to be formed so that the fire does not spread in the humus layer.

The planned locations are on the Großer Winterberg and in the Zschand area. On Sunday evening, a suspected fire was also confirmed by a drone flight. Helicopters will be deployed there in the morning. There are around 200 firefighters with 50 vehicles on site. According to Kunz, 150 more will be added in the morning, and a total of around 550 people will be on duty during the day.

The Bundeswehr supports the extinguishing work. In addition, Federal Defense Minister Christine Lambrecht will visit the forest fire area. The fire broke out a week ago in the Bohemian Switzerland National Park in the Czech Republic and spread to the Saxon Switzerland National Park last Monday. An area of ​​around 150 hectares is now affected - an area as large as the island of Helgoland. 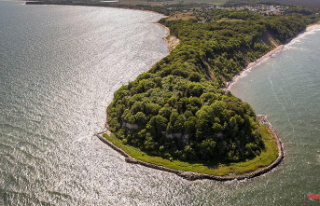