The extreme heat in Italy has sparked a huge fire in Rome. 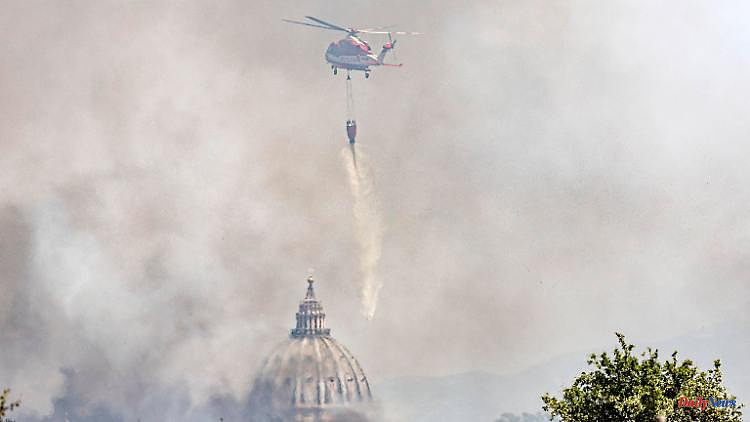 The extreme heat in Italy has sparked a huge fire in Rome. There is talk of columns of smoke and ash rain. The fire brigade is trying to extinguish the fire with a helicopter just a few kilometers from the Vatican. Children must be evacuated from sports centers.

In a major fire in the Italian capital Rome, the emergency services evacuated children from two sports centers. The fire broke out in Pineto Park in the northwest of the city, a few kilometers from the Vatican, according to the fire department. A helicopter supports the units on the ground in the extinguishing work.

In the center of the city, ash partly rained from the sky and a high column of smoke could be seen. There were initially no reports of injuries. As several media reported, the emergency services also evacuated some residential buildings.

Exactly one week ago, a fire in several caravans also triggered a large-scale fire brigade operation in western Rome. Several people had to be evacuated from their homes. A few dozen were examined on site by rescue workers.

Rome and large parts of Italy have been experiencing a period of drought and extreme heat for weeks. Drought and strong winds therefore keep fanning forest and bush fires. On the popular holiday island of Sicily, the highest forest fire warning level applies in many provinces, for example around Palermo and Messina.

The Italian government has declared a state of emergency in five regions in view of the drought in the north of the country. This allows the authorities to order immediate measures such as water rationing, bypassing the usual regulations. Affected are areas around the Po River, a region where about a third of agricultural production in Italy originates. It is experiencing the worst drought in 70 years.

The government also announced that it would provide 36.5 million euros in emergency aid. According to earlier media reports, Prime Minister Mario Draghi is considering appointing a commissioner to fight the drought, similar to how the government set up a special post to fight the coronavirus pandemic. 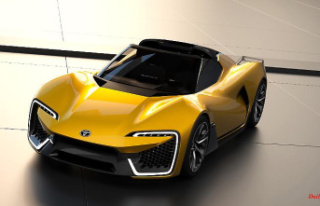