Bavaria and Baden-Württemberg are the first: As of today, people infected with Corona no longer have to go into isolation. 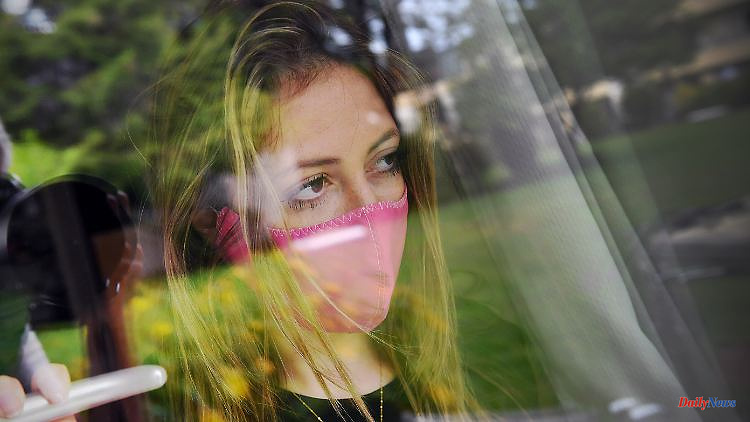 Bavaria and Baden-Württemberg are the first: As of today, people infected with Corona no longer have to go into isolation. Other federal states are already discussing the expiry of the protective measure. However, Health Minister Klaus Holetschek warns against cockiness.

From this Wednesday onwards, those infected with corona in Bavaria and Baden-Württemberg no longer have to isolate themselves. "Instead of the obligation to isolate, there are mandatory protective measures for those who have tested positive," said Bavaria's Health Minister Klaus Holetschek from the CSU. From now on, a mask requirement as well as entry and activity bans will apply to them, for example in medical and nursing facilities.

In neighboring Baden-Württemberg, infected people will in future be required to wear a mask for five days outside their own home, as the Ministry of Health in Stuttgart announced. "The lifting of the obligation to separate is currently justifiable from an infectious disease point of view," said Baden-Württemberg's Health Minister Manne Lucha from the Greens.

The President of the German Medical Association, Klaus Reinhardt, also welcomed the announced lifting of the obligation to isolate people infected with the corona virus. In view of the declining number of infections and the predominantly mild course of the disease, the step is medically justifiable, he told the “Rheinische Post”. This is also shown by the experience of other European countries that have already taken this step. "Obligations to isolate are far-reaching measures restricting freedom that are currently disproportionate."

However, Holetschek emphasized: “The basic rule is: Anyone who is ill and has symptoms should stay at home as before and take sick leave”. Bavaria, Baden-Württemberg, as well as Hesse and Schleswig-Holstein announced new regulations "promptly" last week.

In Hesse, the exact time for this step is still open. A new ordinance is necessary for implementation, said a spokeswoman for the Ministry of Social Affairs in Wiesbaden on request. "The details and thus also the timing are currently being discussed in the state government." In Schleswig-Holstein, the obligation to isolate will probably no longer apply on Thursday.

1 Series star welcomes son: Jesse Tyler Ferguson's... 2 Hesse: Weather in Hesse remains unstable 3 Saxony: For the 100th time: Stumph as a frog in the... 4 North Rhine-Westphalia: man died in fire in Porta... 5 Baden-Württemberg: rear-end collision on the A8 with... 6 Running for President: These are Trump's Republican... 7 Two dead after the impact: why Poland's air defense... 8 Presidency of the US House of Representatives: Kevin... 9 Otto board member Klauke in conversation: Why the... 10 Large industry gap: collective Christmas bonus increases...