Shortly after takeoff, radio contact with a machine in Nepal is lost. 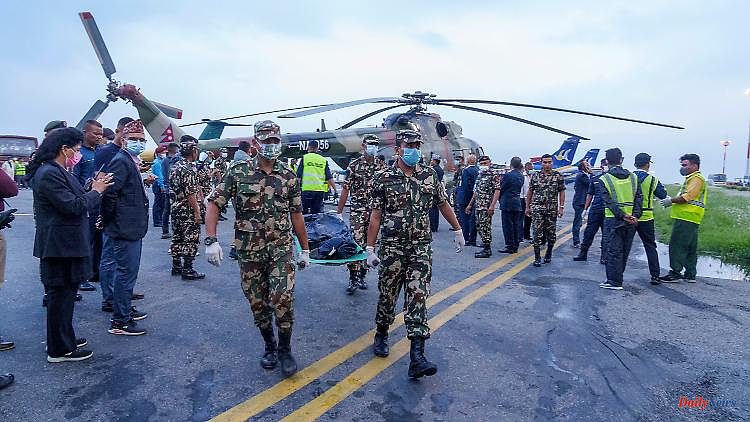 Shortly after takeoff, radio contact with a machine in Nepal is lost. A day later, rescue workers discover the debris. Apparently the machine crashed into a rock. None of the occupants survived. Two Germans were also on board.

After a plane crashed in Nepal with two Germans and 20 other people on board, search teams found almost all of the fatalities. The forces had discovered 21 bodies and were now looking for the last fatality, said an army spokesman. The twin-engine Tara Air machine had an accident on Sunday on the way to the mountaineering destination of Jomsom. Bad weather made the salvage operation difficult.

"21 bodies have been found and search teams are looking for the last one," said army spokesman Narayan Silwal. Ten bodies have already been brought down from the mountain. The emergency services wanted to reach the other victims with helicopters.

The operating conditions are "very difficult," said a police officer on site. "The plane is in numerous pieces scattered all over the slope." Around 60 soldiers, police officers, mountain guides and local residents were involved in the rescue operation. Most had to climb the crash site in the mountains on foot.

The wreckage of the plane was discovered on Monday morning. Debris scattered on a mountainside can be seen in photos from the crash site. The registration number of the aircraft 9N-AET is also clearly visible on it.

Radio contact with the passenger plane was lost on Sunday morning shortly after takeoff from the city of Pokhara in western Nepal. According to the civil aviation authority, the machine had an accident at an altitude of 4,420 meters near the municipality of Thasang. "After evaluating the photos we received, it appears that the plane did not catch fire," said a Pokhara airport spokesman. The machine apparently collided "with a large rock".

There were 22 people on board the Twin Otter: three crew members and 19 passengers, including two Germans and four Indians. The remaining passengers were Nepalese. The Foreign Office in Berlin subsequently said that the German embassy in Kathmandu was "working hard to clarify the matter" and was in contact with the Nepalese authorities.

According to Indian police, the Indian passengers were a divorced couple who were on a family vacation with their 15-year-old daughter and 22-year-old son. "There was a court order against the father to spend at least 10 days with the family every year, so they made the trip," police officer Uttam Sonawane said.

The Tara Air plane crashed on Sunday en route to Jomsom, a popular starting point for mountain hikes in the Himalayas, just 20 minutes from Nepal's second largest city of Pokhara. According to the Air Traffic Safety Authority's website, the aircraft was built by Canadian manufacturer De Havilland and had completed its maiden flight in 1979.

Aviation in Nepal has been booming for years and is being expanded for both tourists and freight transport. However, safety standards are low due to insufficient staff training and poor maintenance of the machines. The European Union has therefore banned all Nepalese airlines from its airspace.

In addition, the Himalayan state is home to some of the most remote and difficult airstrips. The weather in Nepal's mountains can change quickly and create dangerous flying conditions.

1 Lilibet celebrates with Lilibet: Prince Harry is said... 2 "He could have killed you": That's... 3 North Rhine-Westphalia: seriously injured with a machete:... 4 Bavaria: Young people rioted in the authority and... 5 Anonymous Kremlin sources see victory: 'We will... 6 Study on trade relations: Beijing and Moscow move... 7 Sniffing job in Australia: sniffer dogs sharpen their... 8 North Rhine-Westphalia: Study on abuse in the diocese... 9 Saxony: in the middle of the A72: man gets out and... 10 Mecklenburg-Western Pomerania: Corona: seven-day incidence... 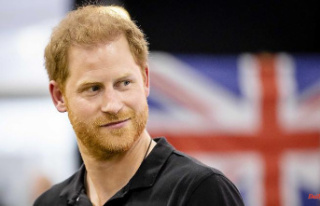