A large number of sick children are currently facing a shortage of beds in hospitals. 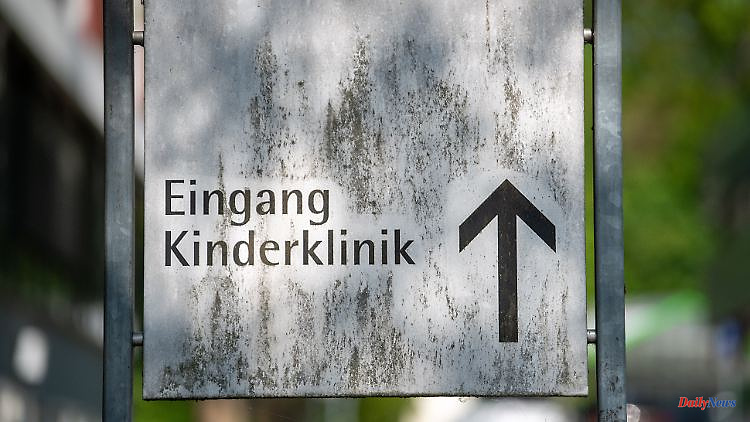 A large number of sick children are currently facing a shortage of beds in hospitals. One reason is an acute shortage of staff. But the number of beds in children's hospitals has been falling for a long time, even though there are more patients. How can that be?

The children's hospitals in Germany are currently under pressure. There are no beds, and parents sometimes have to wait hours in emergency rooms. The majority of children's intensive care units report restricted operation. A massive wave of infections among children is hitting clinics that are currently unable to use their full capacity due to a lack of staff. However, a glance at the statistics reveals that the number of beds in children's hospitals has been falling for decades. But why actually?

According to data from the Federal Statistical Office (Destatis) evaluated by ntv.de, the number of hospital beds in paediatrics has decreased significantly since 1995. In 1995 there were still over 25,000 beds, but by 2021 their number will have fallen to under 18,000. That's a drop of about 30 percent, almost a third. However, according to the Society for Pediatric and Adolescent Medicine, the number of children and adolescents treated per year rose from around 900,000 to more than a million between the early 1990s and 2017.

But why was the number of beds reduced in the face of more sick children? The reason for this is the introduction of the so-called flat rate per case from 2003. This is about the way in which clinics are paid. In the case-based flat rate system, clinics receive money for each patient depending on their diagnosis, but the duration of the treatment or how many staff must be deployed is not taken into account.

This is problematic in several respects, especially for children's hospitals: The treatment of children is often more complex - for example, communication has to be made not only with the little patients but also with their parents. However, the flat rate per case does not take this into account. Another problem: Children's hospitals are fuller in winter than in summer because there are more respiratory diseases in the cold. "Because we get less money from the case flat rates in the summer, the costs for the staff are not covered," explains Jörg Dötsch, President of the German Society for Pediatric and Adolescent Medicine, the "Zeit". "Laying off staff in the summer leads to bottlenecks in the winter."

Federal Health Minister Karl Lauterbach now wants to abolish the system of flat rates per case, which he has identified as the main problem in the clinics. In the future, patients in German hospitals should be treated less from an economic point of view and more from a medical point of view. The planned reform should be a focus of his work in the coming years and represents "a revolution in the system," said Lauterbach. But the clinics are still suffering from its consequences.

The situation in the children's hospitals is currently being made worse by the fact that there is a general shortage of nursing staff throughout Germany, as Ursula Federhoff-Müser, Vice President of the German Society for Child and Adolescent Medicine, explained to ntv.de. This also applies to the children's clinic of the University Medicine Essen, of which she is the director. "As a result, the capacity of the children's hospital cannot be fully utilized at the moment, which means that not all available beds can be operated."

Nationwide, only 60 percent of the beds in the children's hospitals can be used due to the acute shortage of staff. One reason for the staff shortage is that many employees are currently ill, among other things due to corona infections. According to the head of the Marburger Bund Medical Association, Susanne Johna, the main reason is a general shortage of skilled workers in the nursing professions - this is particularly pronounced in pediatric nursing.

"In addition, there is the strong general wave of infections, which affects children in the first few years of life," says Federhoff-Müser. The whole of Germany is currently more severely affected than in previous years by respiratory diseases such as flu - according to the Robert Koch Institute (RKI), corona has recently only played a minor role. The respiratory syncytial virus (RSV) occurs particularly in small children up to four years of age. "Particularly in small children under two years of age, the ongoing RSV activity also ensures doctor consultations and hospital admissions," says the RKI. 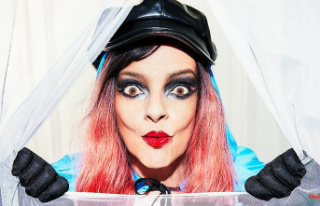