For weeks, the sun-seeking walrus Freya amazed people in Oslo. 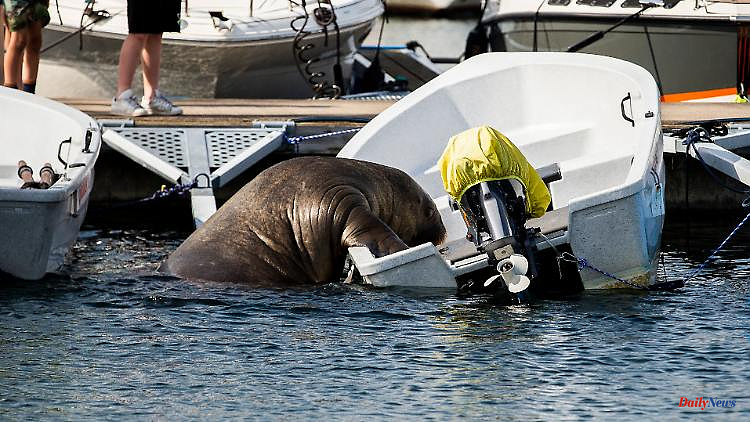 For weeks, the sun-seeking walrus Freya amazed people in Oslo. Sometimes she dozed on boats, sometimes she hunted ducks. Despite all the appeals, onlookers kept getting dangerously close to the animal. Now the walrus has been put to sleep.

The crowd puller of the Oslofjord is dead: the sun-seeking walrus Freya has been put to sleep. The decision was made "on the basis of a comprehensive assessment of the ongoing threat to human security," said the head of Norway's fisheries authority, Frank Bakke-Jensen. "We have concluded that we cannot guarantee the welfare of the animal by any means available," he added.

The 1,300-pound walrus, named after the Norse goddess of love and beauty, had previously been spotted in the UK, the Netherlands, Denmark and Sweden. After that, the region around the Norwegian capital Oslo kept things busy for weeks. The animal had been up to mischief in the Oslofjord since mid-July, attracting masses of onlookers.

The newspaper "Verdens Gang" had even set up a live stream online. Between long naps - a walrus sleeps up to 20 hours a day - Freya was filmed chasing a duck and attacking a swan, among other things. Most of the time, however, she dozed on boats, some of which capsized under her weight. "Of course, the property damage is a pity, but that's how it is with wild animals," said fisheries official Rolf Harald Jensen on TV2, while Freya lay next to him on a shaky rubber dinghy.

Just a few days ago, the fisheries authorities had declared that they would allow the walrus. "A walrus is not usually a threat to humans as long as they keep a safe distance," the agency advises. "But if it's disturbed by people and doesn't get the rest it needs, it may feel threatened and attack."

Since appeals to the public to keep their distance from the walrus were unsuccessful, however, a different decision was made. People kept coming to take photos. The fisheries management was particularly bothered by the fact that people jumped into the water and got very close to Freya. In some cases, children are said to have been present.

1 Weather week in a quick check: Thunderstorms and storms... 2 Scientists answer: Does the gender star have a future? 3 Did air conditioner start fire?: 41 dead after church... 4 Air traffic stopped: man fires shots at Australian... 5 Is the salt content too high the cause?: Fish did... 6 Criminals block roads: Mexico reports arrests after... 7 Accident in Brandenburg: Two people die in a light... 8 First test results: Fish in the Oder did not die of... 9 Sister reports death after coma: "Beverly Hills,... 10 "Empathy is our superpower": Émile Bravo... 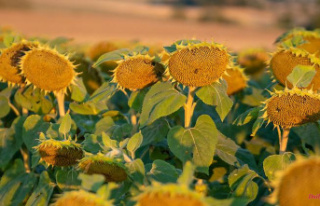 Weather week in a quick check: Thunderstorms and storms...