The timing is extremely inappropriate: Shortly after a bloodbath in a school in Texas, the organization that many blame for the crime met: the US arms lobby NRA. 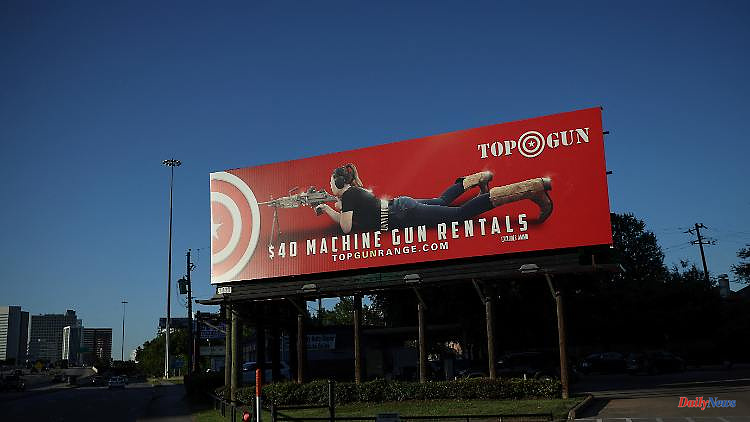 The timing is extremely inappropriate: Shortly after a bloodbath in a school in Texas, the organization that many blame for the crime met: the US arms lobby NRA. President Trump is also coming, but the manufacturer of the Texas assault rifle prefers to stay away.

Just three days after the school massacre that left 21 dead in Texas, the US gun lobby organization NRA is convening for its three-day annual meeting this Friday. The conference in the Texan city of Houston has prominent conservative politicians such as former President Donald Trump as guests - and is accompanied by protests by gun opponents. Because the lobby group, which has experienced turbulence in recent years, is as powerful as it is controversial.

After all, the manufacturer of the assault rifle used in the Texas massacre decided not to take part in the annual meeting. "Daniel Defense is not attending the NRA meeting due to the terrible tragedy in Uvalde where one of our products was criminally misused," the company said. "We believe this week is not the right time to promote our products at the NRA convention in Texas," the company added.

The National Rifle Association is the loudest and most powerful voice in the gun lobby in the United States. For decades, it has successfully prevented tightening of US gun laws with aggressive lobbying.

The NRA was founded in 1871 by US Civil War veterans. Their aim was to promote marksmanship and firearms training. This continues to be part of the Association's activities. For more than four decades, however, the NRA has been above all a political association: in 1977 control of the association was taken by rigorous advocates of private gun ownership.

The organization sees any restriction of gun rights as an attack on the second amendment of the US Constitution ("Second Amendment"), which it interprets as a guarantee for a largely unrestricted individual right to own guns. In the NRA's worldview, having more guns in private hands is a guarantee of security because people can then defend themselves.

The association, which claims to have five million members, is a highly efficient lobbying machine. The NRA spends millions of dollars annually to promote its causes and endorse or slam individual politicians. It uses its own ads and, to a lesser extent, direct donations to politicians, usually Republicans.

One of the NRA's instruments is the grades it issues to politicians. Criterion is the level of support for unrestricted gun ownership. The lowest grade is an "F," which the NRA says it gives to "genuine enemies of gun owners' rights."

However, politicians from President Joe Biden's Democrats who are so graded wear it as a kind of distinction - as confirmation that they are taking on the powerful gun lobby.

In August 2020, the state of New York sued the NRA over allegations of embezzlement and called for the association to be dissolved. New York Attorney General Letitia James accuses longtime NRA chief Wayne LaPierre and three other leaders of viewing the organization as a "personal piggy bank" and outright "looting it". Allegations had already been raised that LaPierre had let the organization finance a luxurious lifestyle.

Last March, however, a judge rejected a motion to dissolve the NRA. At the same time, he allowed the proceedings against the organization to proceed. In May 2021, the NRA tried to move its legal seat from New York State to Texas in view of the legal problems. But that was blocked by a court. The NRA has its headquarters in Fairfax, Virginia, just outside the US capital Washington. 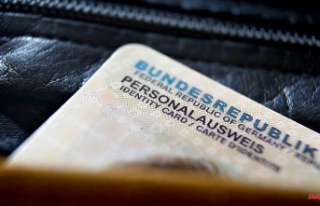 E-ID function: This is how the Perso works as an online...